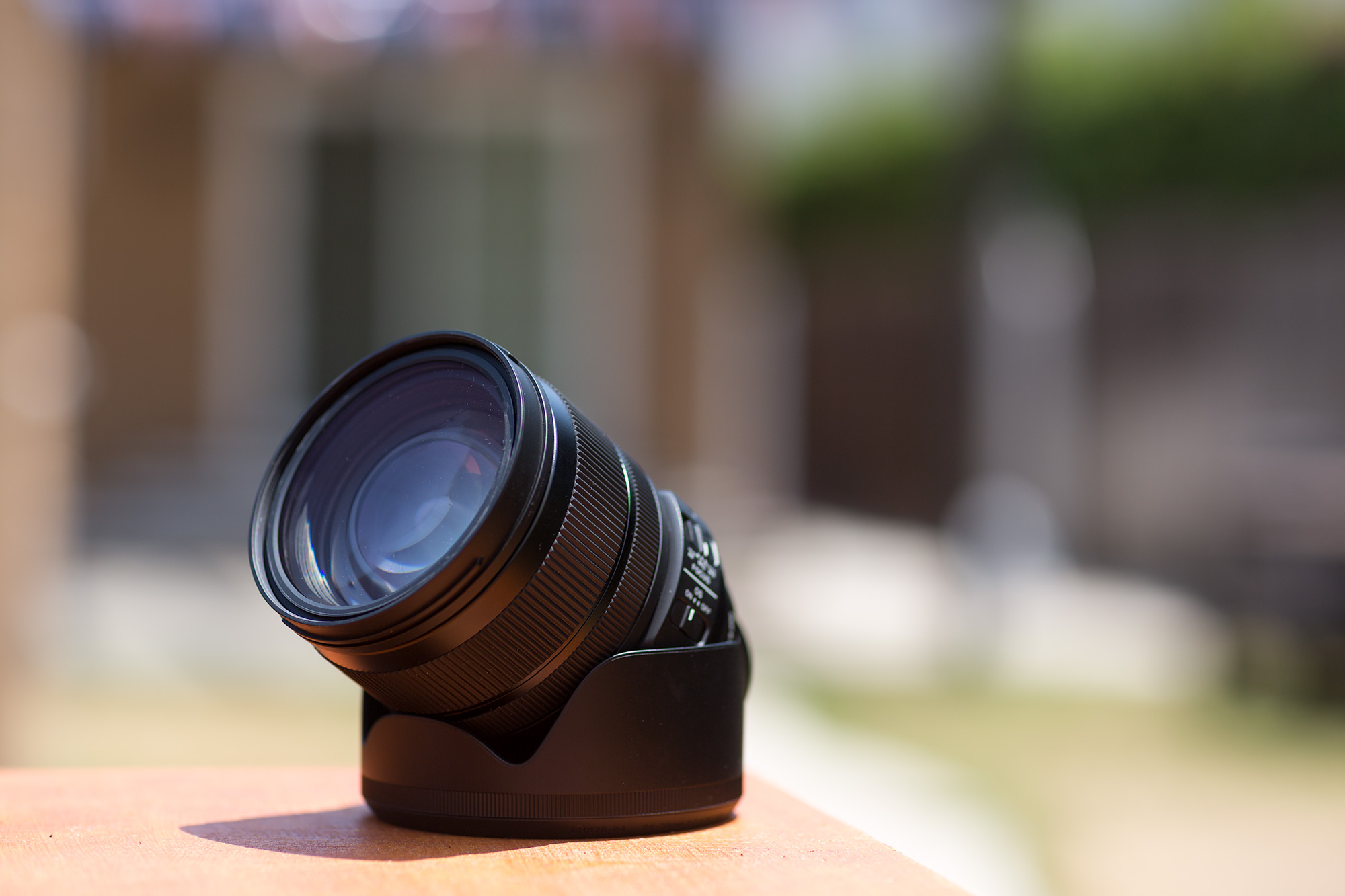 I feel like I’ve written this a thousand times at this point, but credit is deserved where credit is due. There is no lens manufacturer in the world who has done a better job than Sigma Lenses at rebranding their image from a lowly third party manufacturer to a staple in the lens market. With their introduction of the Art Series in 2013, Sigma was met with a new design, a lot of skepticism, and ultimately, a lot of newfound fans.

And since the release of the spectacular Sigma 35mm f/1.4 Art Series, Sigma has turned into a Babe Ruth of sorts, hitting every subsequent release out of the park, and pointing to the fences before they do so. Though there are two lenses that people have been begging for since the introduction of the rebrand; the Sigma 85mm Art Series (Which we reviewed a couple of months ago, and it’s fantastic), and the Sigma 24-70mm f/2.8 Art Series Lens. And finally, the latter is here; but does it hold up? 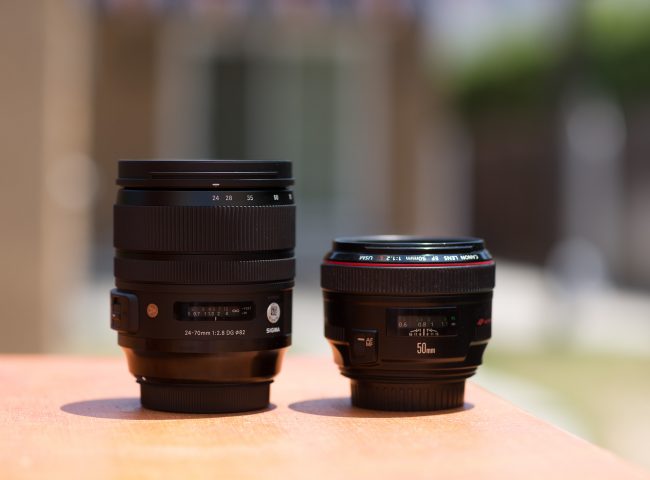 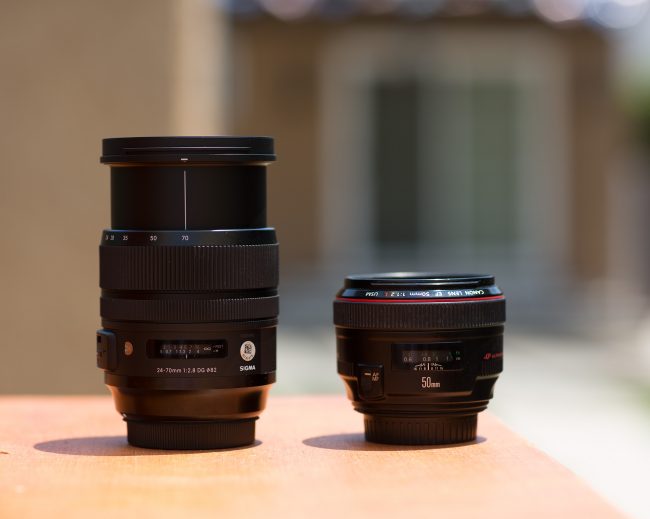 Before getting into the nitty gritty of this review, it’s important to address that I’m not much for zoom lenses. Speaking with Roger on the regular, I’ve developed an obsession with sharpness, and the reality is that you get more potential sharpness from prime lenses. So over the course of the last few years, I’ve traded in all of my zoom lenses for prime lenses and opted for the ‘Just carry a few lenses with you’ approach as a result. So when I was handed the new Sigma 24-70mm f/2.8 Art Series Lens and asked to review it, my natural excitement was met with apprehension, as zooms generally aren’t my thing.

When picking up the Sigma 24-70mm Art Series lens, you’ll be reminded quickly of the build quality that has come with a traditional Sigma Art lens. The lens for one, is beefy; weighing in at 36oz (2.25lbs), the Sigma 24-70mm f/2.8 Art Series is best in class when it comes to weight, superseding the Canon by over 20%. However, the lens also sports a somewhat reasonable 82mm filter size, an issue I’ve had with past lenses in the Art series (The Sigma 85mm f/1.4 Art Series has an obscurely large 86mm filter size, for example). The weight is dense in the lens, as the lens itself is actually a wee bit shorter than its Canon competition in the Canon 24-70mm f/2.8L II, and quite a bit shorter than the massive in comparison Nikon 24-70mm f/2.8E ED. When handling the Sigma 24-70mm f/2.8 Art Series, there are no doubts that it is of professional caliber, and can manage the abuse that professionals tend to lend to their equipment. 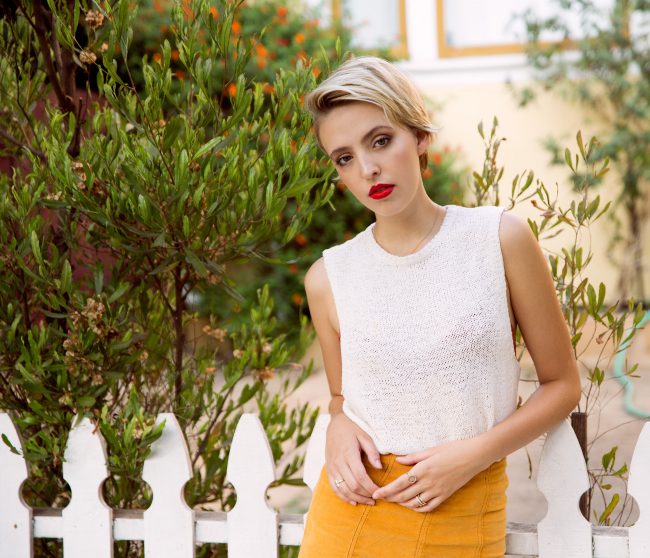 The first thing you might notice, aside from the sleek Art Series matte black branding, is that this lens also has Image Stabilization built into the lens – a feature left out of its Canon competition (unless opting for the Canon 24-70mm f/4L IS version). With my initial testings, the Sigma 24-70mm f/2.8 Art Series’ optical stabilization works well, offering three stops of stabilization; which by my accounts, seems to be accurate. Additionally, the autofocus is accurate, and reasonably fast, though you won’t find this lens seeking for focus, as you might find with a Nikon or Canon. Seemingly, this lens tries, and if fails, gives up quickly, shutting down the Hyper Sonic Motor entirely until the next focus press and shot. I noticed this first, when half pressing the shutter with the lens cap on, and the lens made no attempts to focus at all, whereas every other lens always put in a half-hearted try, seeking back and forth until failing to focus on the blackness of the lens cap. This felt unnatural to me and seems to be a glaring problem for a lens that prides itself on being fast, and with built-in stabilization. That said, I’m nitpicking, as the lens handled low light very well, and this is more of a weird quirk than a glaring problem. 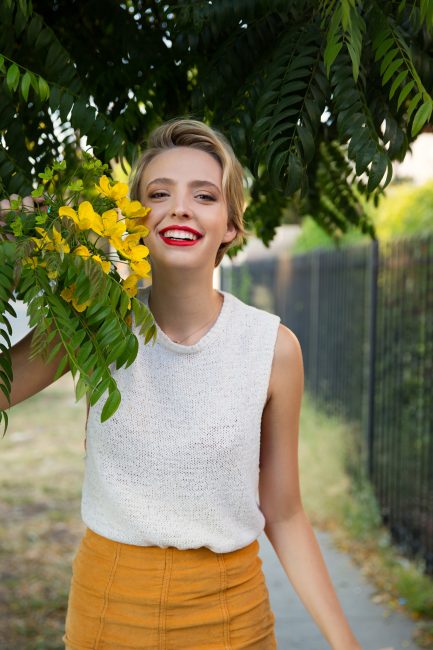 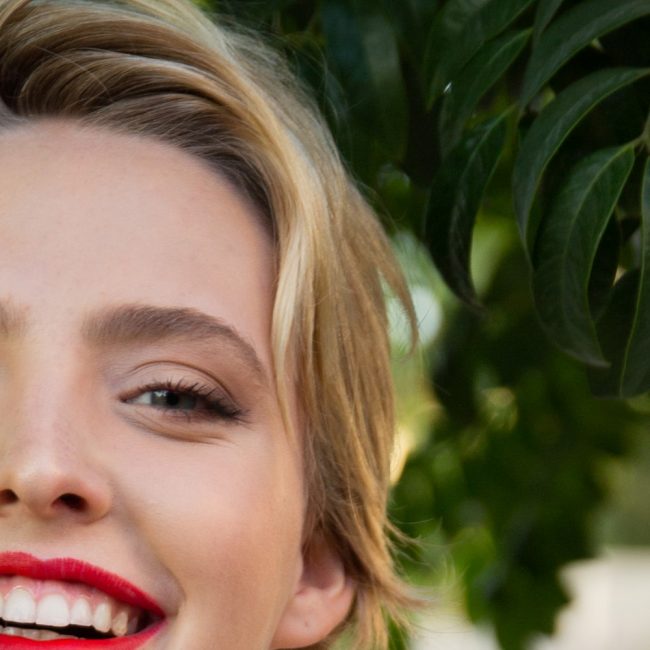 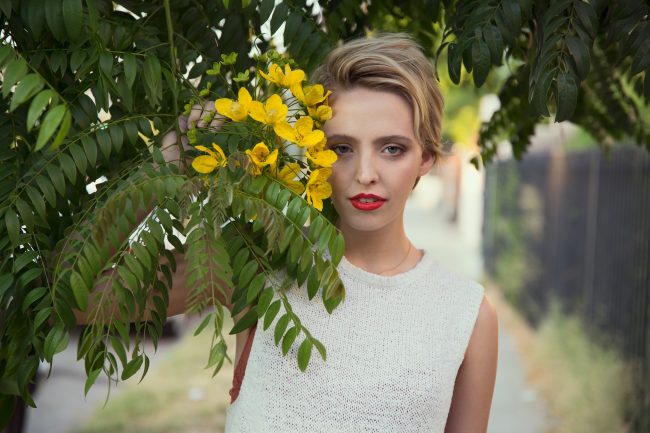 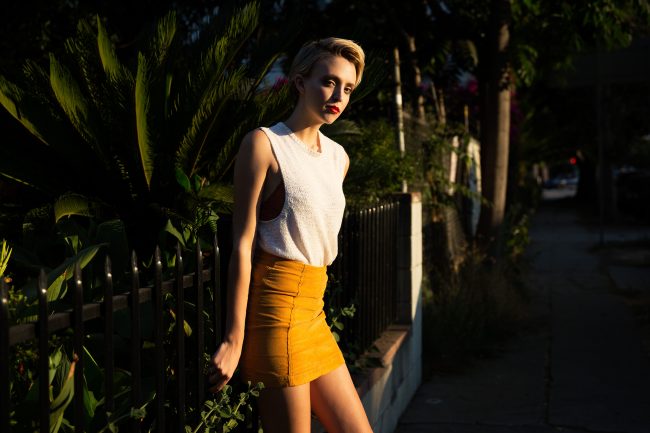 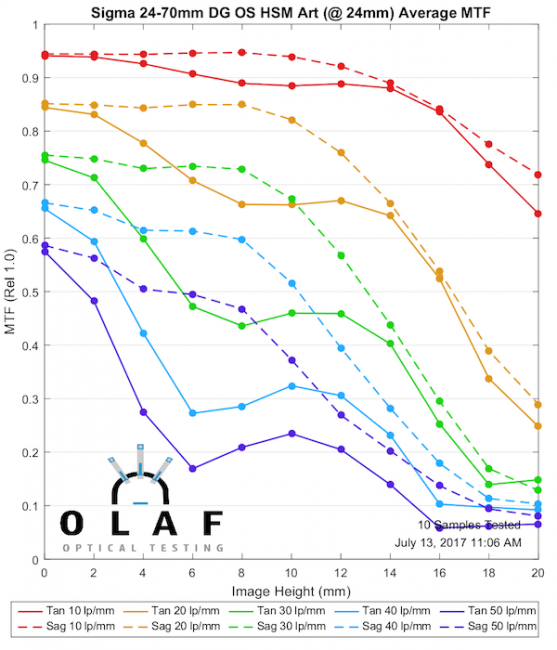 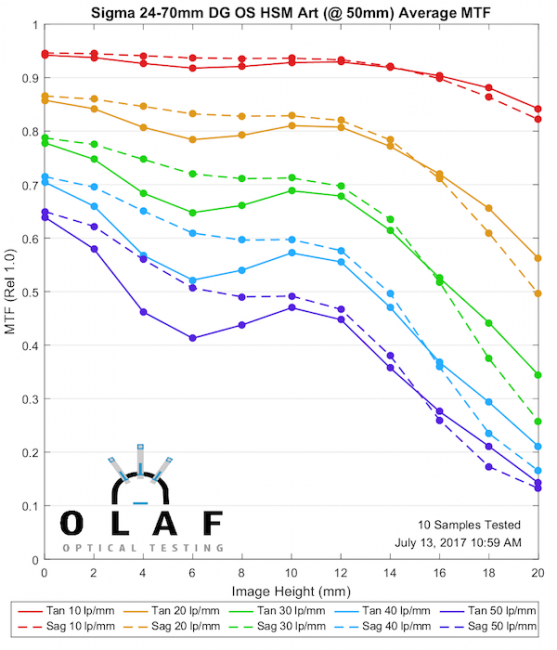 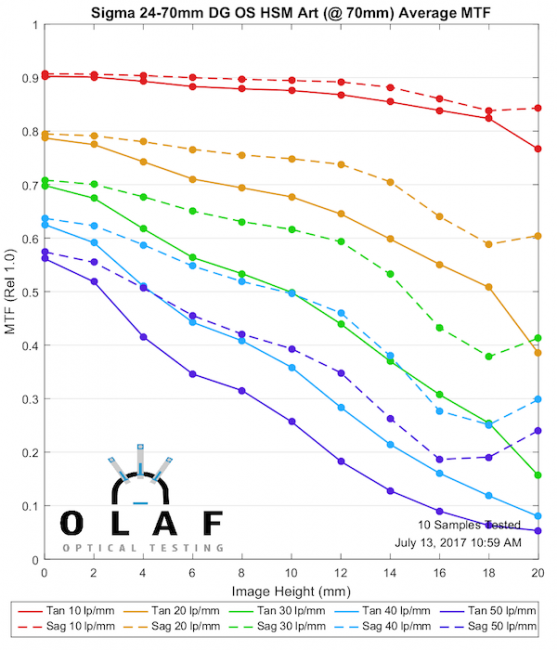 Much to my surprise, I fell in love when using this lens. However, that love I felt was for the focal range itself and not the lens. In short, 24-70mm is a fantastic focal length and makes for an exceptional all-around lens to use on the go. And by all accounts, Sigma does a good job showing off this focal length. However, Canon and Nikon both show it off better, and so when I’m looking for a 24-70mm lens to use as my next all around lens, I’m opting for the Canon 24-70mm f/2.8L II over the Sigma 24-70mm f/2.8 Art Series. 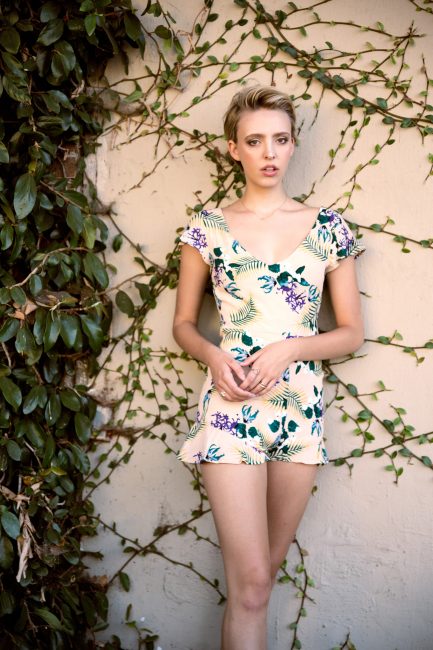 That said, the Sigma 24-70mm Art Series does a lot of things great. Keeping the form factor small, while adding the functionality of stabilization is impressive in its own right, and the price point is incredible when compared to what it’s up against. No doubt, if this is the first pro-grade 24-70mm lens you’ve used, you’ll be really impressed with the quality. For those who aren’t in a rush to update their 24-70mm lens, it might be best to wait and see what Tamron has in their newly announced Tamron 24-70mm f/2.8 Di VC USD G2.

Twitter Facebook
Tweet
Posted in Equipment
Guide to Photographing The Solar Eclipse on August 21st 2017
Why We’re Going to Start Testing Cinema Lenses. And Why We Haven’t Before.