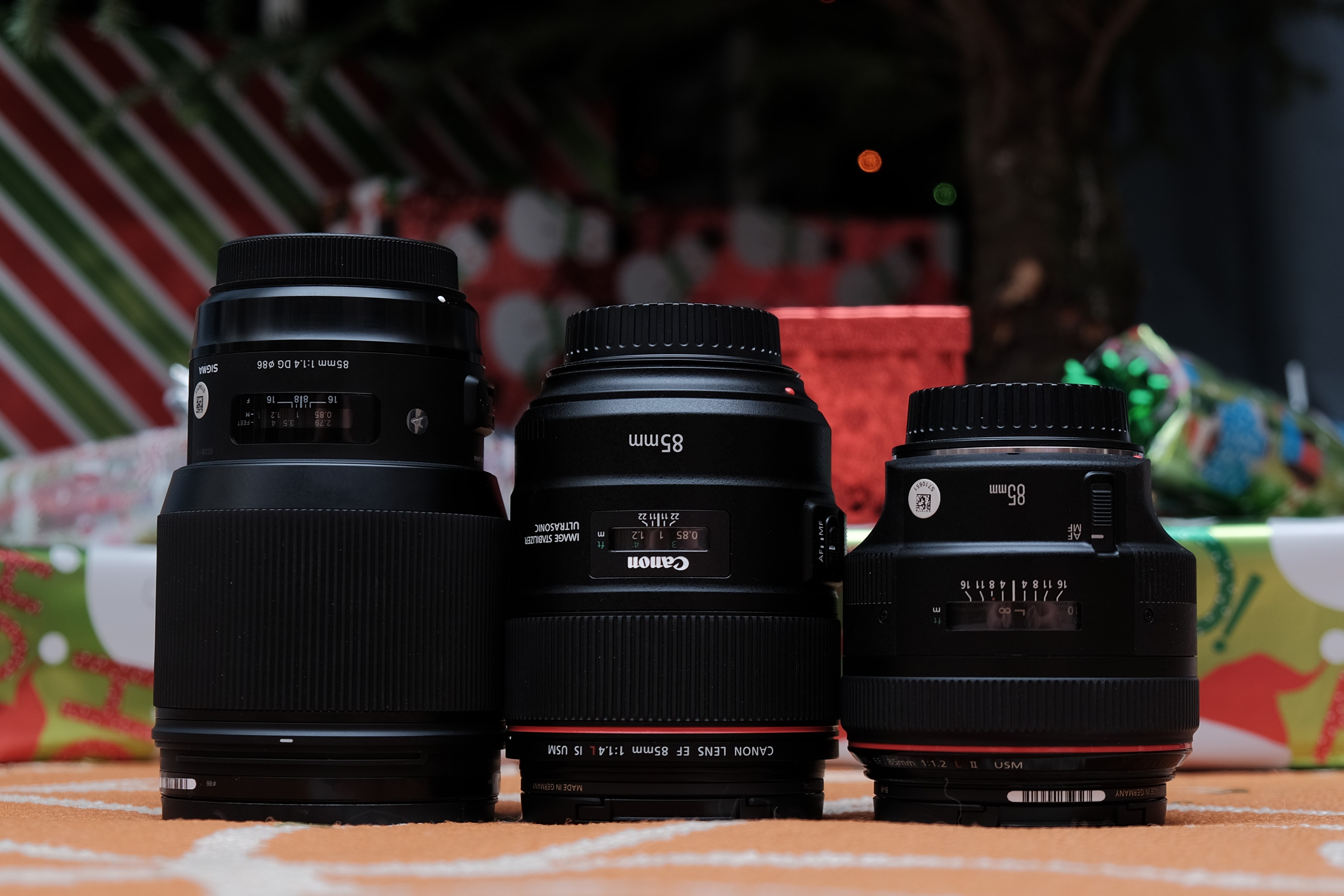 Talk to any photographer who specializes in wedding or portrait photographer, and you’ll get a unanimous agreement as to what the preferred focal length – the 85mm. And with good reason; the 85mm is such an incredible focal length because of the nearly true to life compression it provides (with limited to no barrel distortion), and the options available have always been renown for being incredibly sharp. With an extensive range of brands and lens mounts, it should come to little surprise to know that the 85mm is one of the most common focal lengths in photography. And when talking 85mm, it’s impossible not to mention the lens which has often been called the crown jewel of the focal length, the Canon 85mm f/1.2L II. But while being the crown jewel, Canon just recently announced a new lens in this beloved focal range, swapping out a 1/3rd of a stop for a few stops of IS with the Canon 85mm f/1.4L IS. But how does it compare against the Canon 85mm f/1.2L II? And how does it compare to the Sigma 85mm f/1.4 Art – our current king of the sharpness (for under $2500; I’m looking at you Zeiss Otus 85mm f/1.4). Well let’s take these three lenses out for a test drive, and see how well they perform in real life situations.

I’ll start by saying that this is a practical look into the new Canon 85mm f/1.4L IS and its competition. While I won’t contain any MTF charts here (though I know Roger will have some soon), I will look to see how this lens holds up on location, against its esteemed competition. So without wasting too much time, let us look to see how these three giants hold up when put against each other.

I want to start by taking a look at the photo quality of the three lenses. My testing began with taking these lenses to the park with my model and shooting at three different apertures for all three lenses: f1.4, f1.8 and f2.8 as well as f1.2 for the Canon 85mm f/1.2L II. All these photos were taken in a controlled environment (or as controlled as one can be), using the Canon 5DSR. 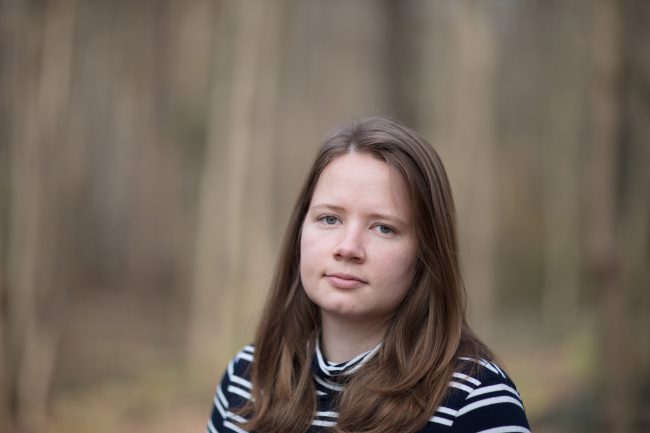 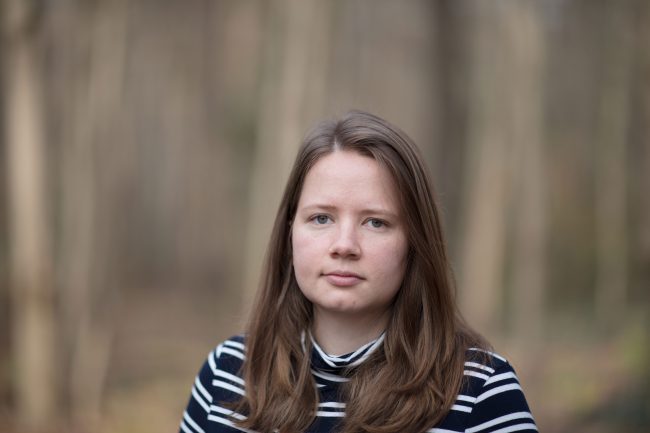 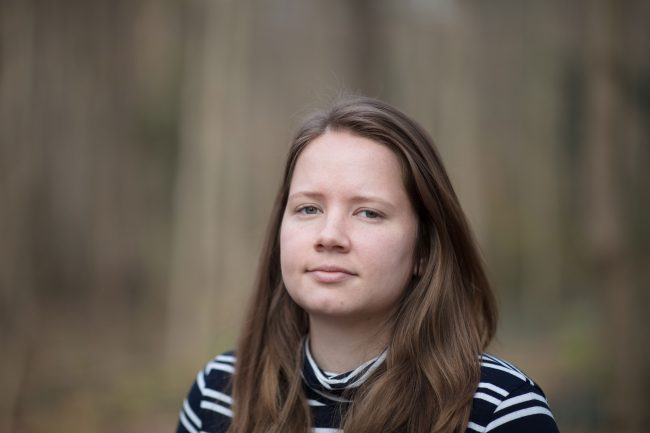 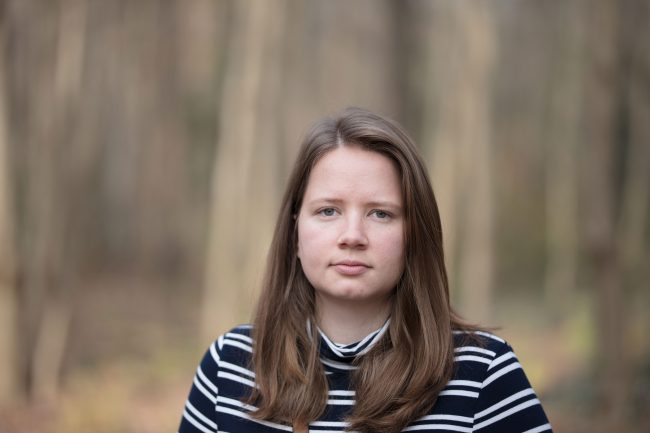 This first set of comparisons reveals that the Canon 85mm f1.2L II has the best bokeh of the three lenses. As expected, it has best ability to create depth and separate the subject from the background which is essential in a portrait lens. It gives a dream-like look to the image that is unmatched by the others. This is not to say that the other lenses can’t hold a candle to the f/1.2. On the contrary, they all have a pretty similar look at f/1.4. In fact, it was surprising to me that if I pixel peep these photos, the Sigma 85mm f/1.4 Art has the sharpest image by a small margin over the new Canon 85mm f1.4L IS. The Canon 85mm f/1.2L II is the softest of the three, which is expected from such an older design. 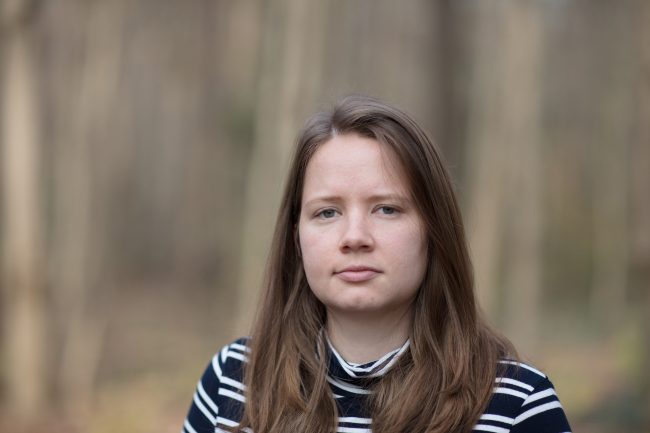 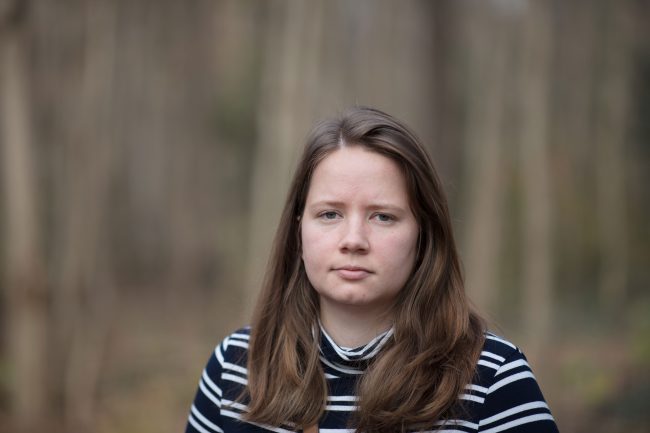 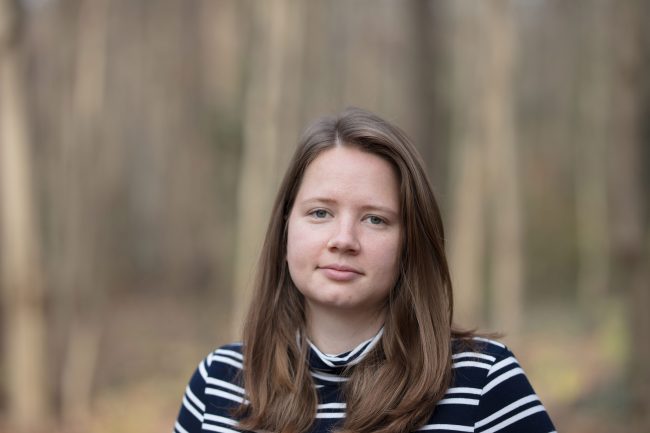 Things shape up a little more evenly at f1.8. All three lenses perform almost exactly the same. The bokeh looks exactly the same and sharpness is exceptional. Once again, I found that the Sigma 85mm f/1.4 Art seemed to be sharper, something that Roger had alluded to in his initial testing of the Sigma 85mm f/1.4 Art. This could come down to a few factors including my model not keeping as still as she was supposed to. Whatever the case, all three performed exceedingly well and pretty evenly, and look identical without pixel peeping. 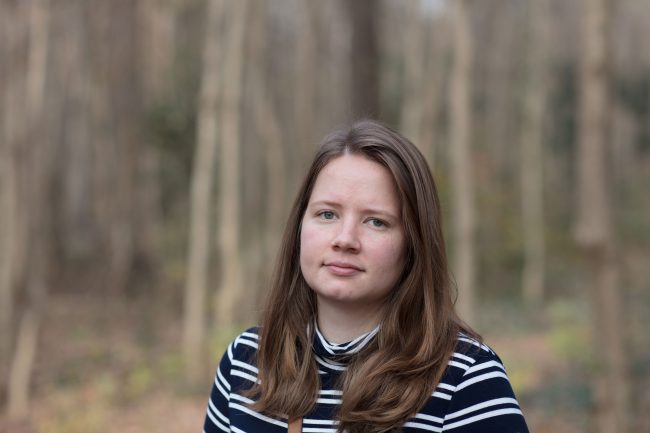 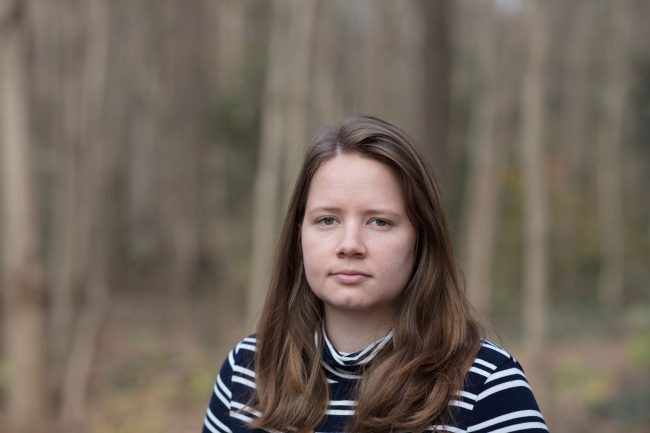 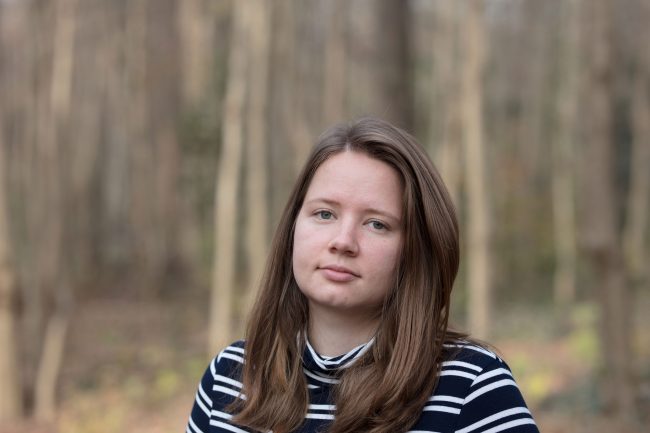 Once again, at f/2.8 all three lenses perform exactly the same and are all gorgeous and sharp. Obviously stopping down decreases the ability for the lenses to separate the subject from the background but they show their absolute sharpness at this point and the Canon 85mm f/1.2L II is the softest still, but we’re really splitting hairs to criticize it for the subtle difference. Once again, the differences are marginal with regards to sharpness which could be due to my model not being perfectly still but it brings me to my next point.

I’d like to discuss why there needed to be a new Canon 85mm f1.4L IS lens: Focus. The Canon 85mm f/1.2L II has one major shortcoming that the other two lense don’t. The focus is extremely slow and noisy. It’s been an issue for years all of us portrait photographers have learned to deal with it. Another small issue with the lens that falls under this category is that the front element extends when focusing (this is a very small quibble but worth mentioning). The Canon 85mm f1.4L IS has luckily fixed this problem, and to a pretty high degree. Not only is it much faster than the 1.2, with the addition of IS, it has the added benefit of Stabilization. This separates this lens from the others by a pretty large margin. It makes focusing in low light that much easier. Here are a couple low light shots I took with the Canon 85mm f1.4L IS including a pitch black shot of a huddle of giraffes at the Memphis Zoo (taken handheld, not perfectly sharp but I was surprised by how well it came out as I couldn’t see to focus). 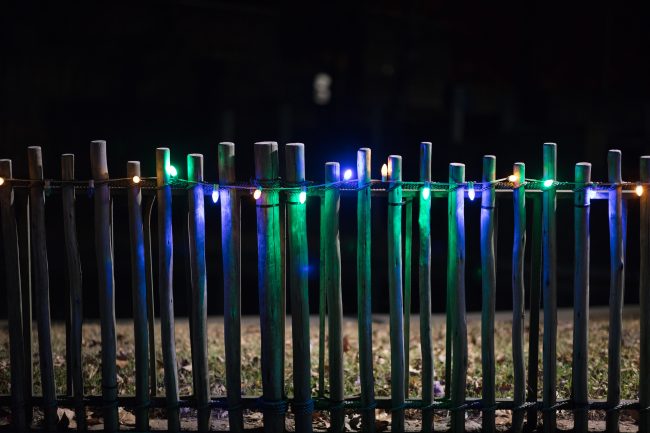 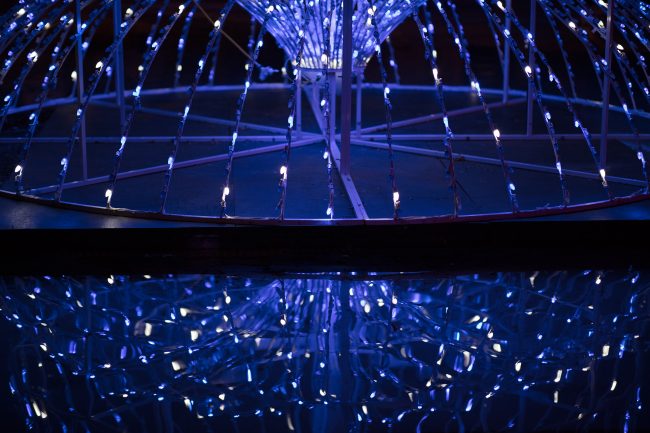 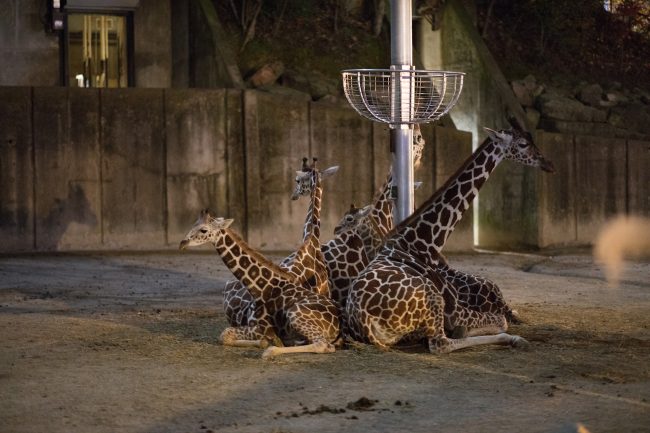 The Sigma 85mm f1.4 Art is a very middle of the road lens with regard to focus. It’s not super fast but it’s certainly not slow. It’s very accurate and works really well. No complaints there at all.

I probably sound all over the place in this comparison and probably haven’t helped you make a final decision on which of these lenses is the best fit for you. The thing is, there are pros and cons for each of these lenses. Let’s break them down like this: The Canon 85mm f1.2L II is the standard and is really middle of the road in this comparison. It’s a great lens with that dreamy bokeh but is the most expensive and is slow to focus. The Canon 85mm f1.4L IS performed amazingly with everything I threw at it. It’s sharper than the 1.2, faster, and has image stabilization but is still pretty expensive. The budget Sigma 85mm f1.4 Art lens is sharp and quick but is really heavy. My new choice to keep in my camera bag for a wedding is definitely going to be the new Canon 85mm f1.4L IS for the image stabilization alone. That adds a whole new layer to the focal length and is a great addition. Does it de-throne the Canon 85mm f1.2L II as the portrait standard? I don’t think so. The bottom line is: If you’re looking to create that dreamy, airy look, there is no better option than the Canon 85mm f/1.2L II. But if you’re looking for a solid 85mm, with sharpness and speed, it’s hard not to pay attention to both the Canon 85mm f/1.4L IS and the Sigma 85mm f/1.4 Art. Below you will find several other example photos taken with the Canon 85mm f1.4L IS. I had a ton of fun with it. 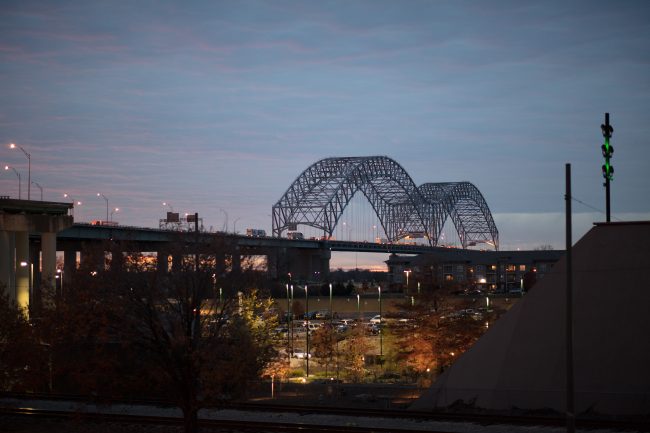 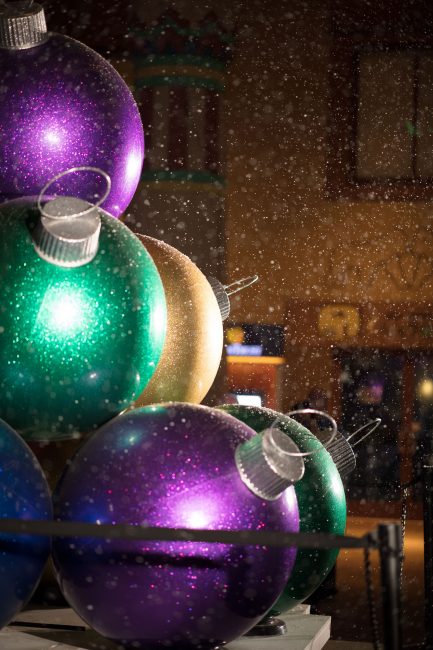 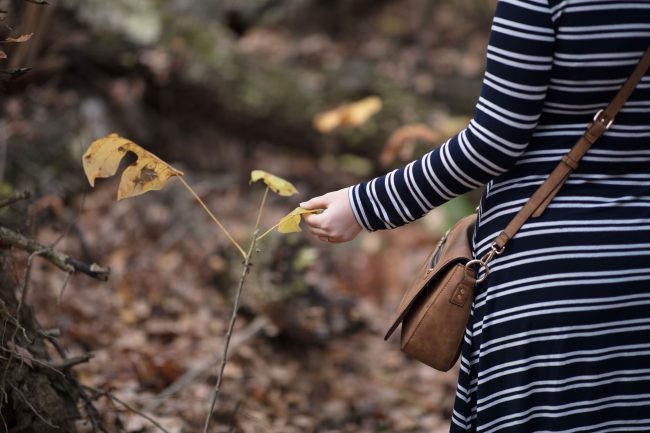 I’m a photo technician and video enthusiast. By day, I inspect lenses and cameras as well as assist with gear questions and recommendations and by night, I practice photography and videography for fun and professionally. I’m a tech guy by nature so I enjoy testing all the new gear and giving my impressions.