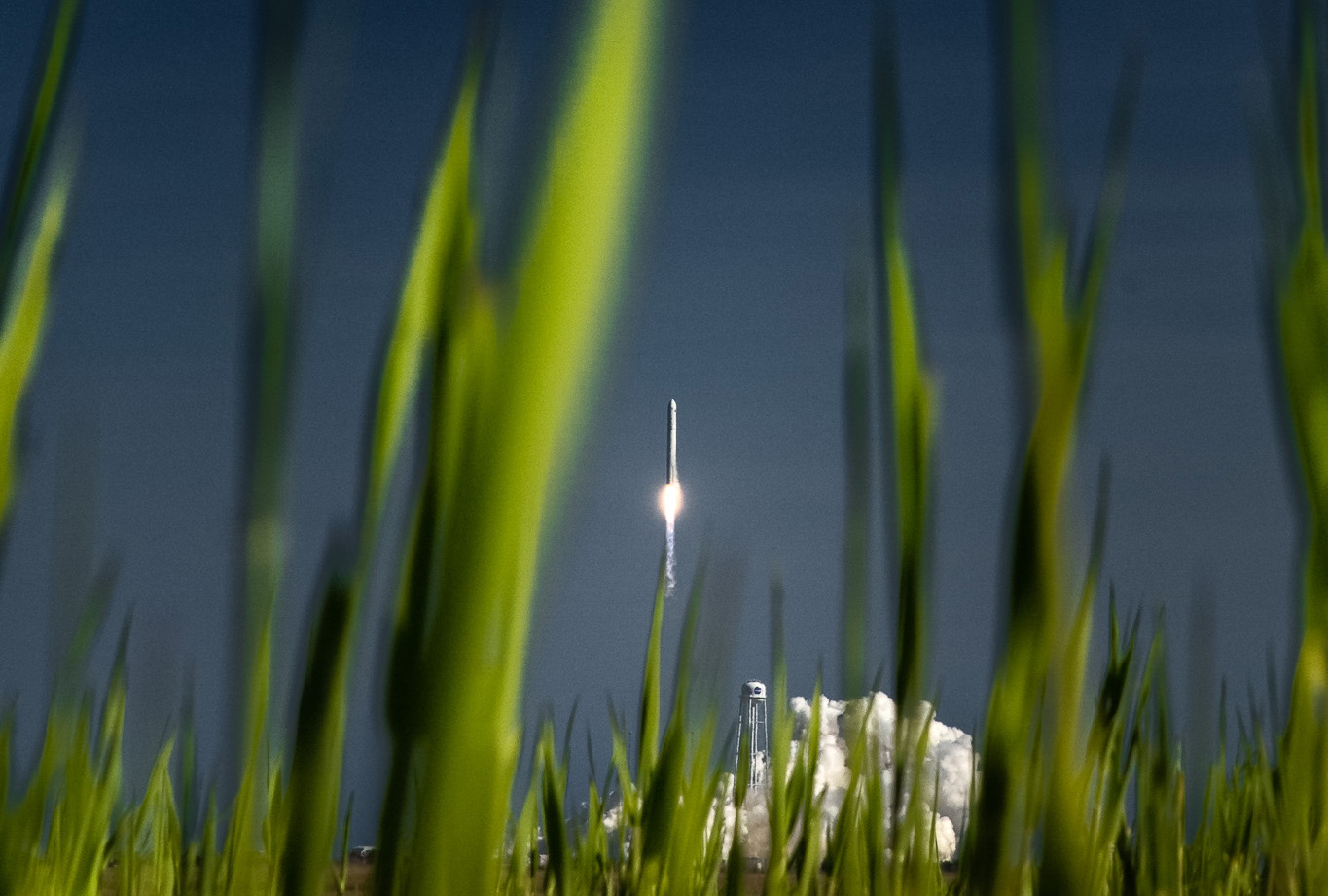 Ever since I started taking photos, the night sky has always attracted me. I utilize long exposures to capture objects in the sky that the naked eye could never see. I consider myself a modern-day astronomer with a focus on studying art within the universe. With a juxtaposition between terrestrial landscapes and cosmic objects, I hope to remind people what we are made of. The cosmic perspective lends to my limitless curiosity.

In my 8 years of photography, the night sky has always been the main subject. Through films, timelapses, and photographs I capture our relation to the cosmos. My astrophotography has been a finalist twice in the Communication Arts Photography Competition. So naturally, with a passion in astrophotography, it only makes sense that I’d also have an interest in the rockets being shot into the sky. The Antares CRS-11 launch was my third time attending a NASA Social event. These events bring influencers and content creators from all backgrounds to share science education. My online following shares my passion for anything space, so I make a good fit for these social events.

It’s T-10 seconds until the Antares Rocket with a Cygnus resupply capsule launches at Wallops Flight Facility, Virgina. There are no second chances with rocket launches and all three of my cameras, my own Canon 5D Mark III, a rented Canon 1DX Mark II, and a rented Canon 7D 715 nm infrared, are ready to go. 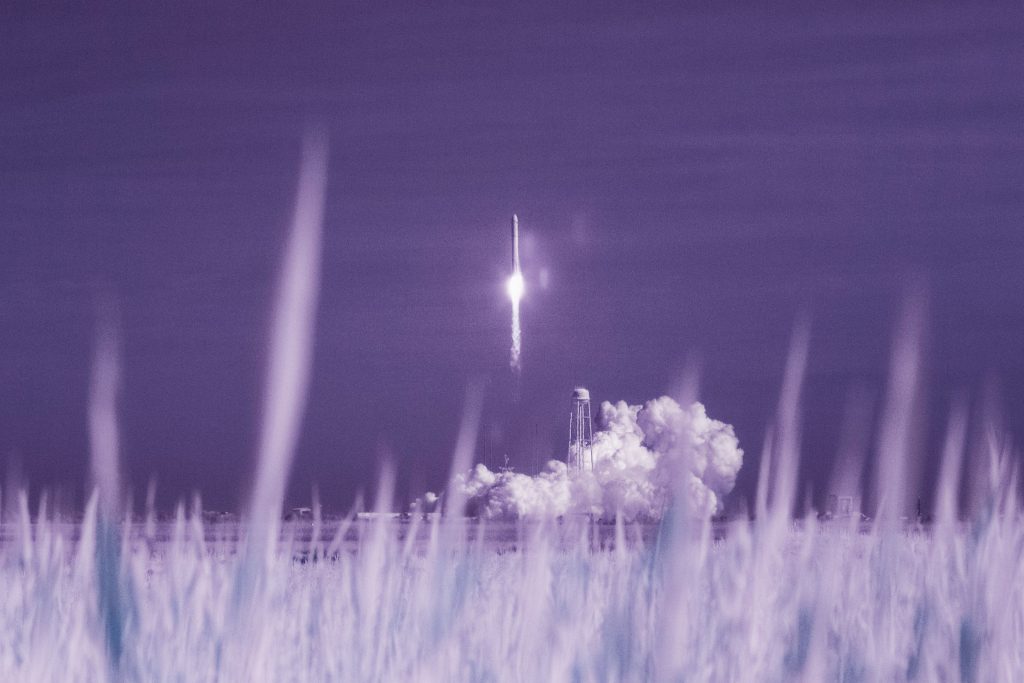 NASA Wallops Flight Facility has launched over 16,000 rockets on the eastern shore of Virginia since its founding in 1945. Cygnus CRS-11 is the eleventh of twelve resupply missions sent to the International Space Station. On board with the food and supplies are two robots, bionutrients, and 40 mice for research. This is the first launch in history capable of a late load, allowing the mice and bacteria to stay healthy. While the scientists and engineers worked on the mission, I too was figuring out logistics.

As one could imagine, there are no second chances for these kinds of opportunities. Everything is coordinated by the second, and everything is designed to be precisely on time. This level of coordination motivates you to adapt to the same system, planning each and every angle and shot you wanted to get for this once in a lifetime opportunity.

T-1 month until the launch, I started planning how to shoot the launch. This was my third launch and second during the day. The launch was planned for Wednesday, April 17th at 4:46:06 p.m., meaning the sun would be behind the camera in the west. I wanted to create photos, gifs, and video and cover a variety of focal lengths. I wouldn’t have access to remote camera setups so I had to trigger all cameras manually.

For the slow motion video, I wanted a tight detail shot while still showing context. I shot at 120fps 1080p on the Canon 1DX Mark II and a rented Sigma 150-600mm f/5-6.3 DG OS HSM Sports at 600mm. I also used my Zoom H4N to record audio. The other camera on a tripod was my own Canon 5D Mark III and Sigma 24-70mm f/2.8 DG OS HSM Art. I shot a time-lapse burst at 70mm to create a stacked image and gif. I paired the Canon 7D IR with my own Canon 70-200mm. The idea of infrared was to create a scene that felt like another planet. With the vast selection of products available in Lensrentals inventory, I was able to create camera setups that I was both comfortable with, and produce the highest quality of images and video available.

This was my first time using the gear I had rented, so I made sure to shoot as much as I could prior to the launch in the methods I planned on shooting on the actual day of the launch. I shot the slow-motion video to check for buffers and delays. I played around with editing the infrared raws to get a feel for possible color schemes and quality of light. There were plenty of mistakes I learned from while testing the gear to ensure success while shooting the launch. 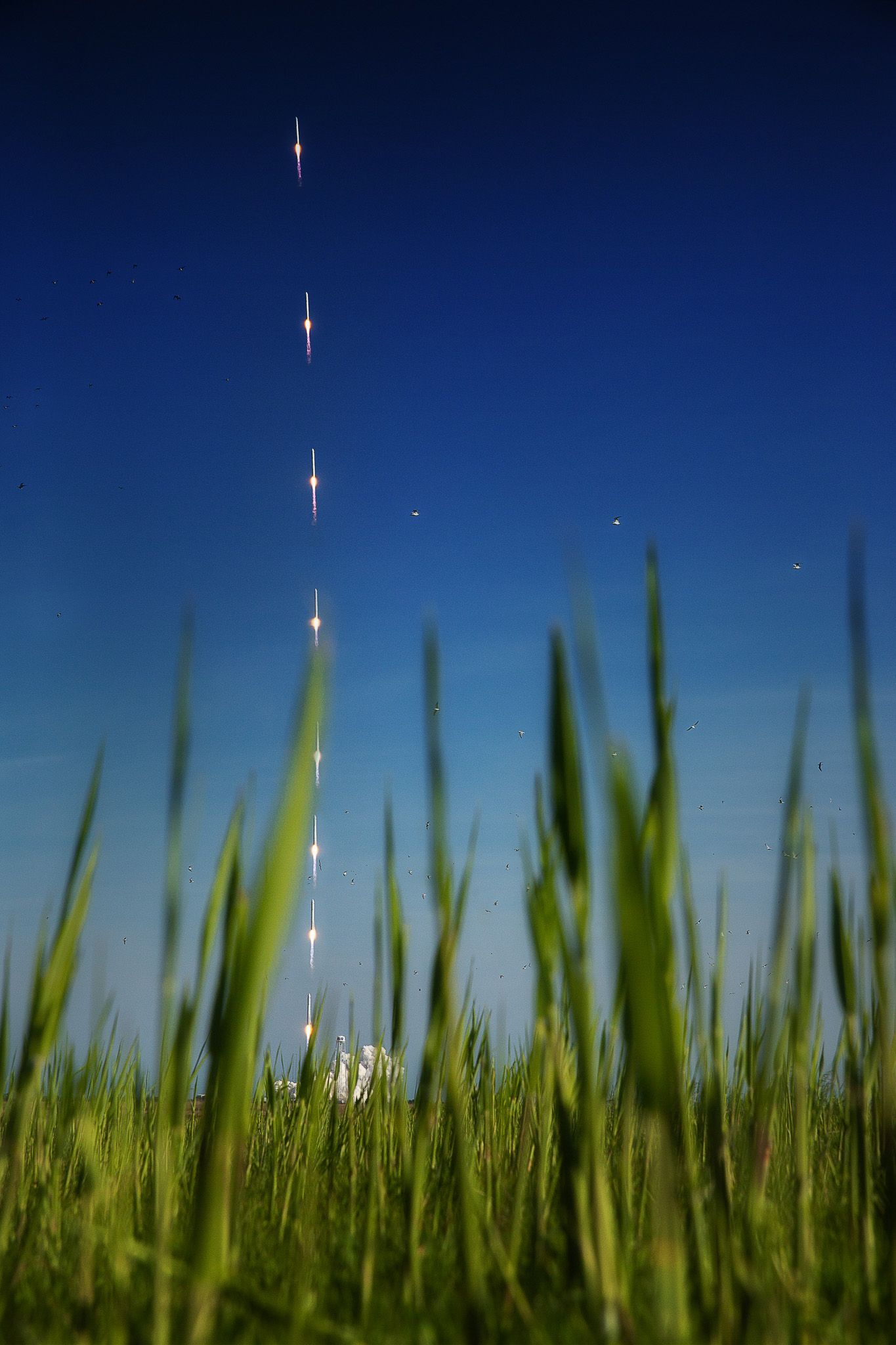 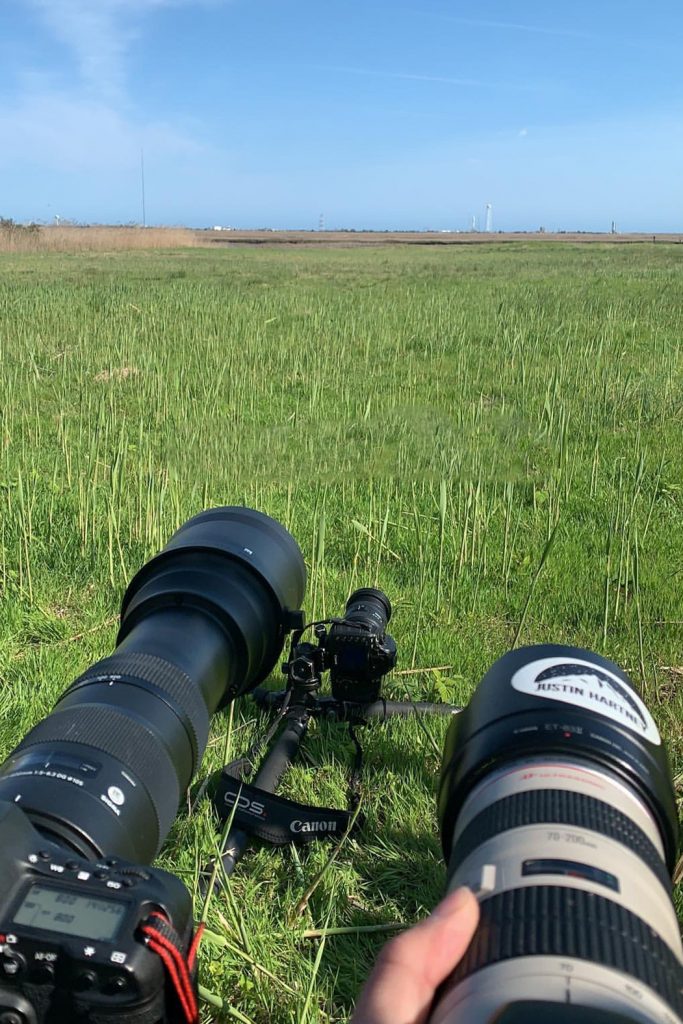 I arrived at the press viewing site one hour before liftoff. This was my first time here, so I looked around without my cameras to finalize my visions. The slow-motion video was easy to compose because it had no foreground. I noticed the tall and skinny grasslands and thought they would complement the rocket’s figure and path. I had the tripod nearly flat aimed high up to give plenty of room for the rocket. The infrared camera was handheld the whole time.

For exposures, I had the video 1 stop under, and the photos at 1.5 stops under. The launch gets extremely bright and highlights are preserved when underexposing. I underexposed more on the stills because the raws hold more data than the video. I prefocused all cameras using back button focus and turned the focus to manual on the video to keep it locked.

I imported all of my footage into Lightroom. The gif and stacked image were made in Photoshop using “import files into stack” and “timeline”. For the video, I imported the video and audio into After Effects. I color graded a screenshot of the video in Photoshop and saved it as a LUT, and applied it in After Effects. In Media Encoder, I use H.264 codec, 2 pass VBR bitrate with 10Mbps/12Mbps target/maximum, and at maximum render quality. I use 320Kbps bitrate for audio in AAC format.

For any rocket photo with both foreground and sky, I used the luminosity range masking feature on the gradient filter. This mask affects regions based on brightness and works wonders on busy horizons. I usually increase smoothness for a cleaner blend. For subtle changes in color grading, I use the camera calibration sliders. First, I’ll adjust the hue to find a color I like. To balance it, I’ll adjust the saturation and even go to the HSL slider and fine tune.

I finalize color and light in Photoshop using curves, color balance, and saturation adjustment layers. I use Photoshop instead of Lightroom to have more control over masking and selective edits. For greater control of luminosity range masking, I’ll create luminosity masks in Photoshop.

I have learned three lessons after completing my third rocket launch. Planning is vital. Without a plan, you’ll be scrambling around during launch with no strategy on shooting. Planning allows you to create a routine to follow during the launch to ensure great results. Just as important as planning, flexibility is a must for your vision. I saw my options only an hour before launch and had to react to my environment to determine my precise tripod placements. My vision was loose enough to mold to my surroundings. After scouting briefly, I determined my execution. Finally, be creative in your content. Think of new ways to document a launch and challenges to overcome to get a photo. 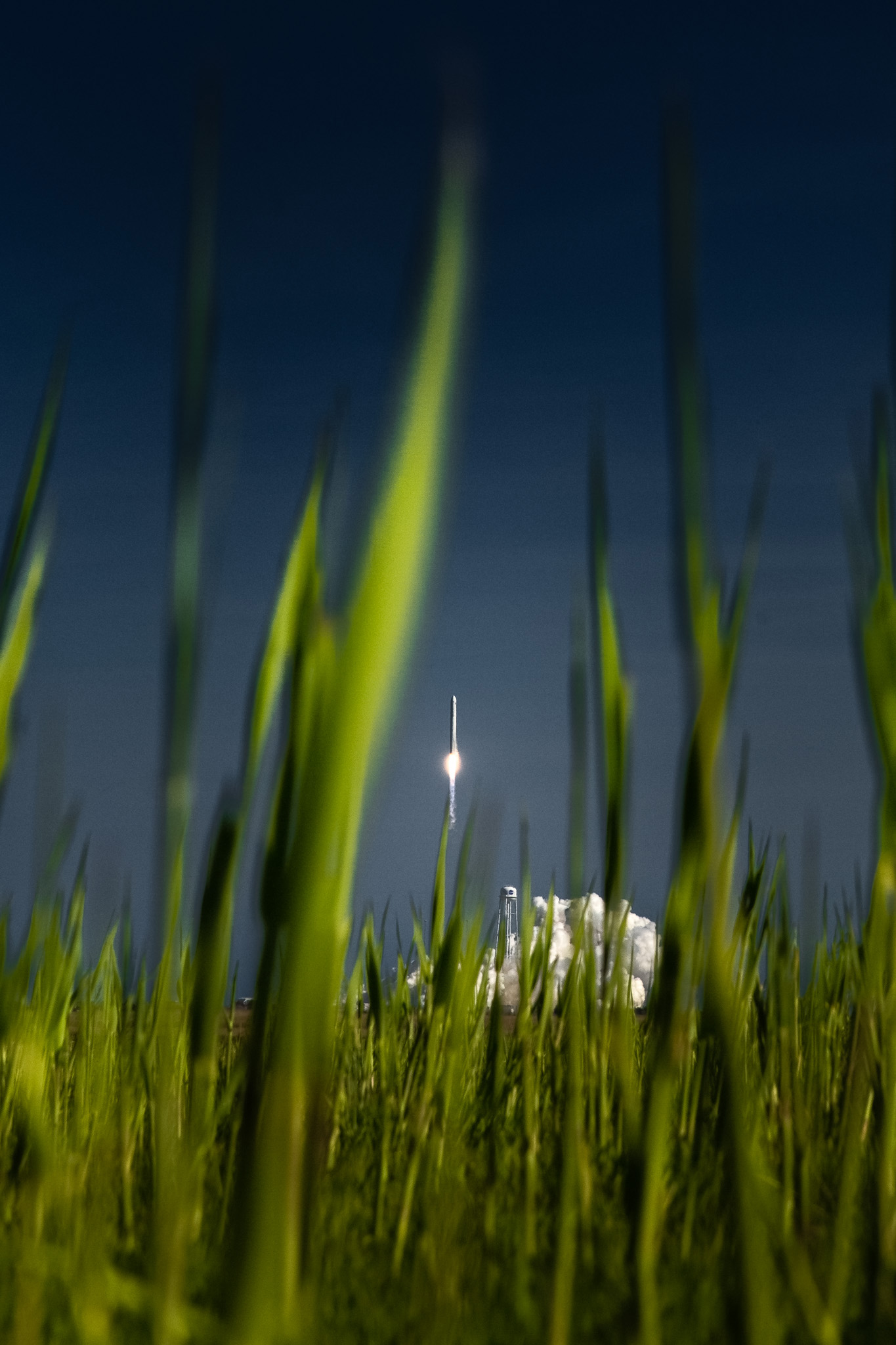 I’m an astro-photographer and timelapse filmmaker based in Los Angeles. Using specialized cameras and equipment, I capture what our eyes can’t see revealing the wonders of the universe.