The Most Important Photo and Video Products of the Last Decade 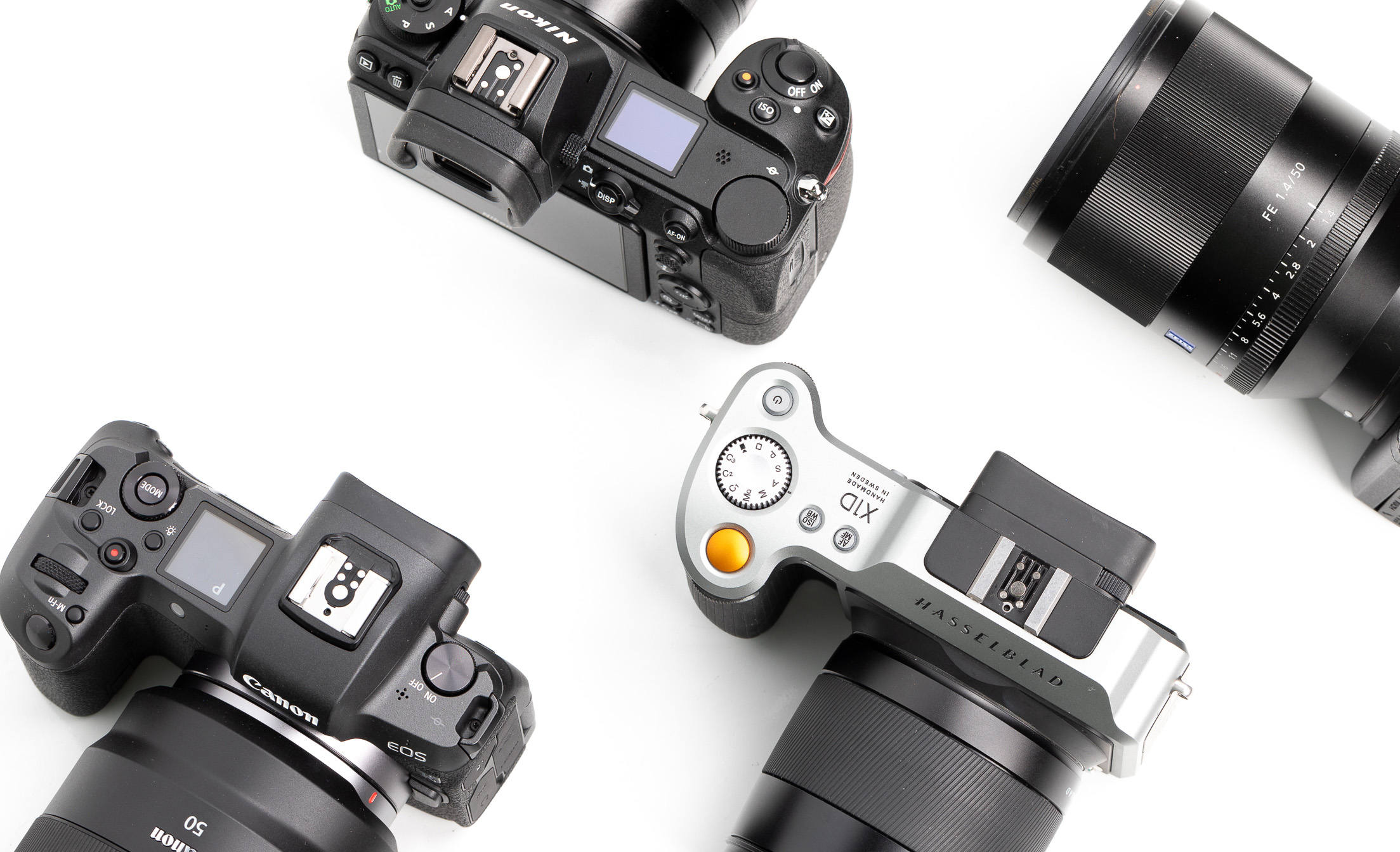 This past week marks not only a new year but a new decade as well. As usual, with this time of the year, we find ourselves in reflection and motivated to see what the new year (and in this case, new decade) will bring. In the previous couple weeks, you’ve seen us present our end of the year data and trends, and even saw some of the Lensrentals.com staff pick their favorite new products from the past year. But with the calendar rolling over to 2020, I thought we should do something additional, and talk about the decade as a whole.

The 2010s brought a lot of changes in both the photo and video industry, so let’s go through some of our favorites that I think helped shape the industry and make creating our vision more accessible than ever. 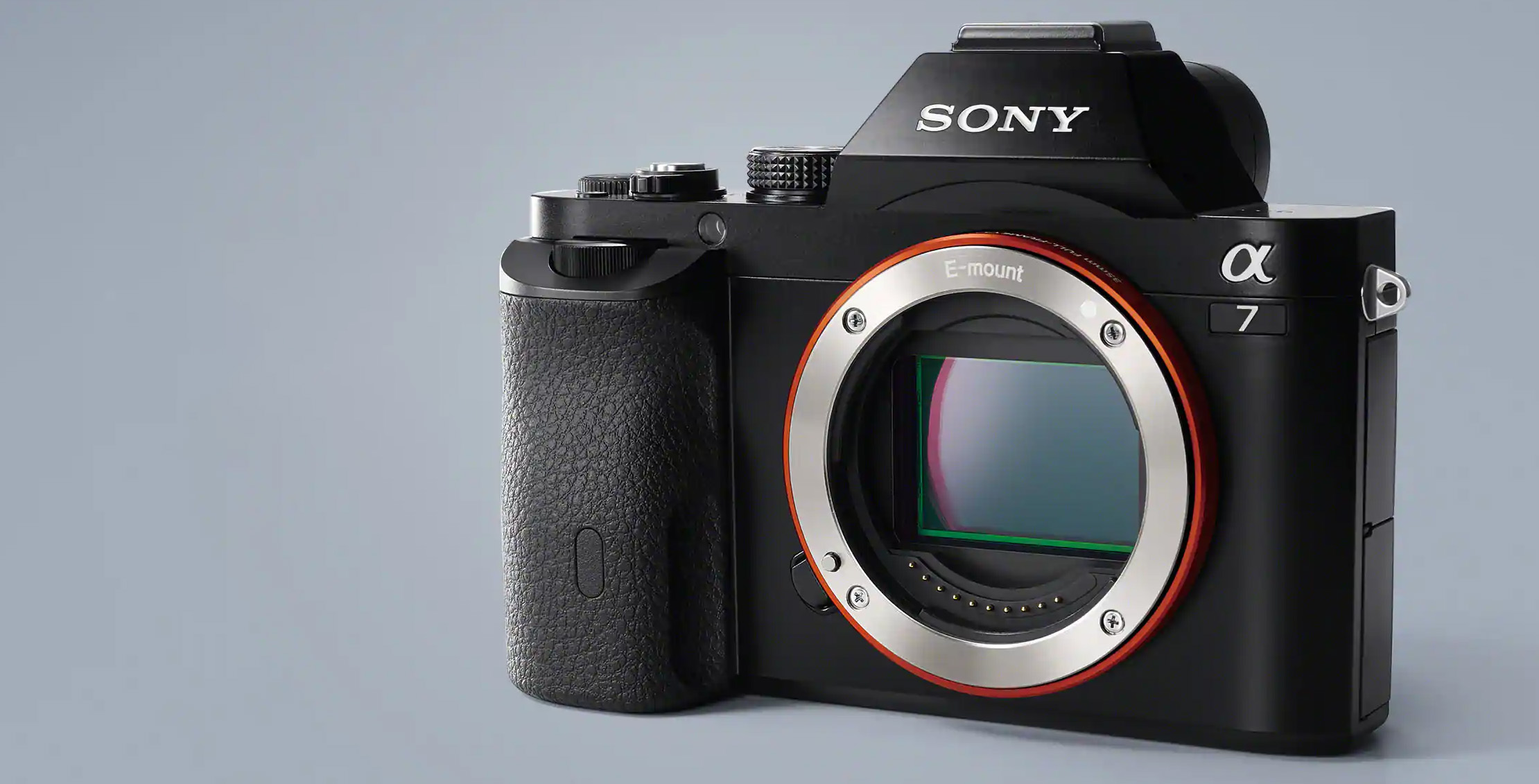 To start our list, we have to mention the Sony a7 and Sony a7R, which were announced in October of 2013. Because of Sony’s aggressive release schedule, these two cameras seem like dinosaurs now, but for the time, they were truly groundbreaking. Being Sony’s entry in the professional mirrorless market, Sony started the trend over to mirrorless that we’re still experiencing today. And while these cameras had some shortfalls, particularly battery life, it did show the industry that if you’re looking for innovation, Sony is the brand to keep an eye out on. 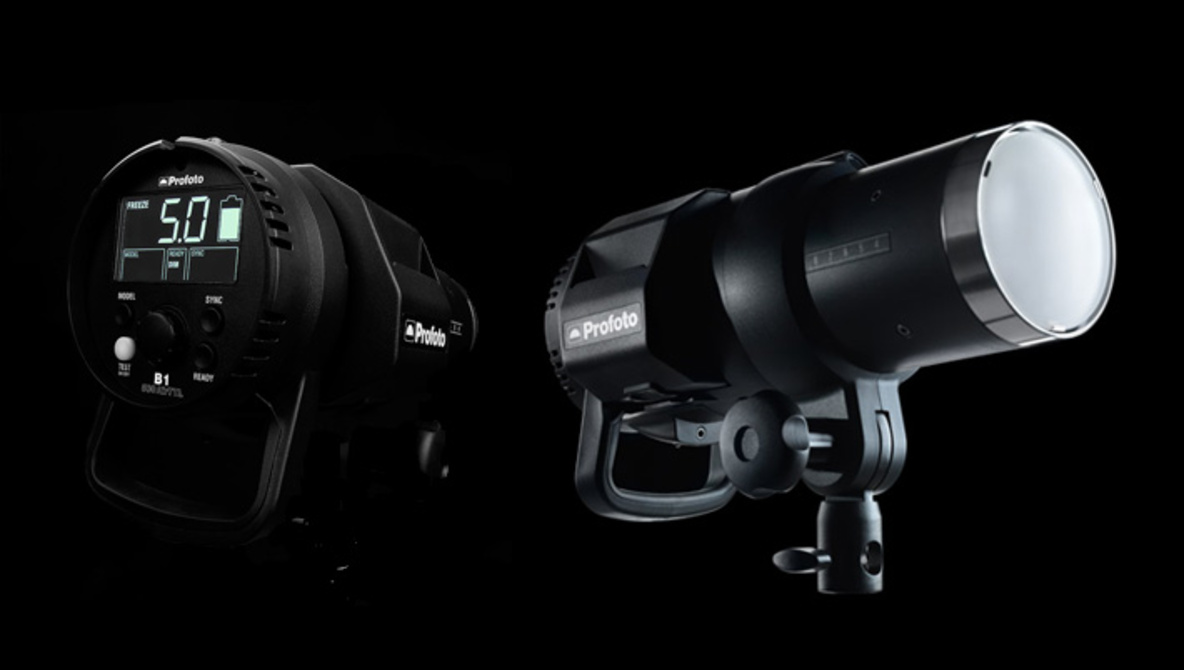 Released at the tail end of 2013, the Profoto B1 studio strobe was a modern marvel for the time and is still considered one of the best strobes available today. What made this light special? Well, it was the first studio strobe to have TTL built into it and was the beginning of it’s kind to have a side-mounted lithium-ion battery attached – allowing you to shoot without the need for cables. At 500w/s, the Profoto B1 is plenty of power to be used both in the studio and on location and offers 220 full-powered flashes on a single hot-swappable battery pack. Perhaps most impressively, when the competition announced upcoming strobes with High-Speed Sync built-in, Profoto released the feature the same day, via a firmware update. Since its release in 2013, the Profoto B1 has been updated t0 the Profoto B1X which offers a more powerful LED modeling light, and a higher capacity battery. 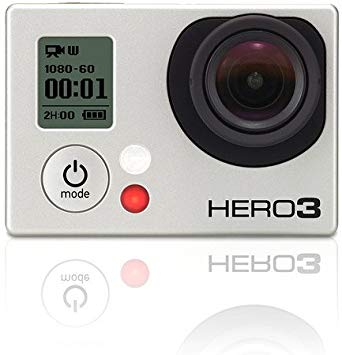 The GoPro Hero3 makes this list because just about everyone I know owned one at some point. While it wasn’t the first iteration from GoPro, it was their most groundbreaking release. Perhaps the most incredible marketing video of the last decade, the GoPro Hero3 promotional video got everyone excited and ordering the camera, only to later realize that they’re not skiing down mountains or surfing gnarly waves in Hawaii. Their footage doesn’t stand up to what GoPro was creating internally. Even still, the GoPro Hero3 was marketed as lighter, easier to use, and better in just about every other iteration. Not to mention the system offered 4K footage back in 2013, which was a marvel in its own right. Below is the original promotional video for the GoPro Hero3, because even six years later, it still holds up.

DJI has become an industry leader for both gimbal systems and drones, but that wasn’t the case back in 2013 when they released the DJI Phantom. To put it simply, the original Phantom drone was a mess, especially by today’s standards. The platform was quite literally the drone only, with a mount attached for a GoPro camera system. It offered only 10 minutes of flight time, was incredibly difficult to fly, and had pretty unreliable signal issues. But it was the first of its kind and placed DJI as the front runner when it comes to consumer UAV technology. In just six short years, DJI was able to take a concept and develop incredible pieces of technology like the DJI Mavic 2 Pro, DJI Inspire 2, and the DJI Phantom 4 Pro.

Freefly changed the world of cinematography with the release of its Freely MoVI M10 3-axis gimbal back in 2013. While 3-axis gimbals are now shrunken down into small systems like the DJI Osmo Pocket, back in 2013, the Freefly MoVI M10 was the first of it’s kind – a handheld electronic camera stabilization system. While steady cams systems and other options were well-developed at the time, nothing was able to give you the fluid movement that the MoVI did and made handheld shooting easier than ever. Since then, Freefly has released the MoVI M5 back in 2014, and the MoVI Pro. Need more evidence as to why the MoVI is revolutionary, check out their introduction video below.

The Sony FS7 made this list for several reasons. Released in 2014, it’s still considered one of the best camera options available today. For one, it has a wide variety of recording options, from 4K at 60fps to 1080p at 180fps. 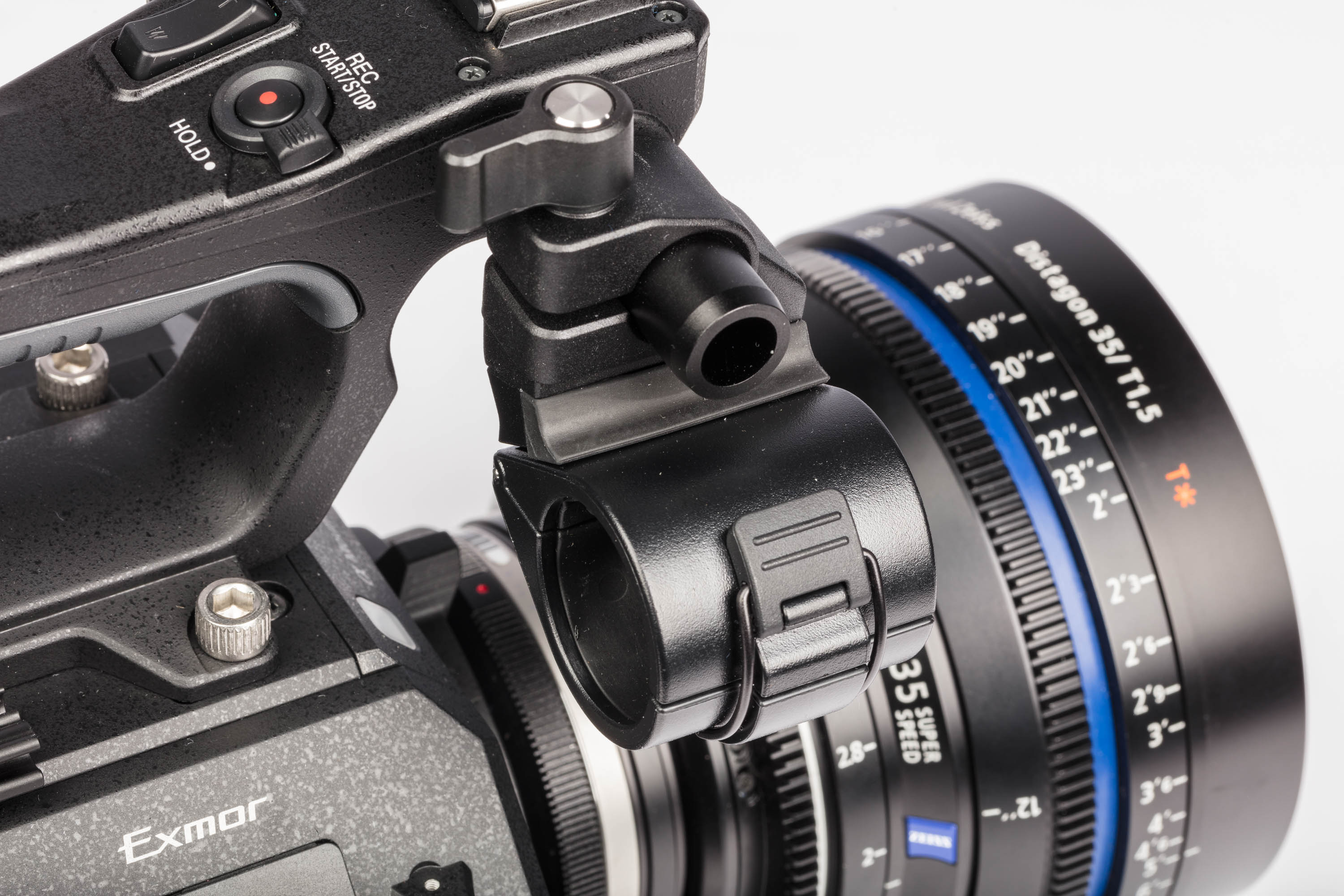 Additionally, the Sony FS7 is an incredibly capable camera out of the box, without the need for additional accessories. Built-in shoulder pad, adjustable grip arm, a fully adjustable viewfinder, all built into the base camera. Where RED took the lego inspired approach to camera building, Sony just gave you everything you’d need out of the box. But perhaps the Sony FS7s best point is its price, giving you an incredibly capable video camera, while being considerably cheaper than the offerings from RED, ARRI, and others. 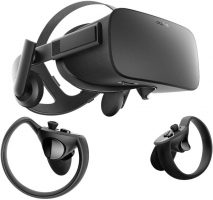 While VR hasn’t made its full stride yet, it is undoubtedly one of the most exciting technology developments of the last few years, and Oculus was among the first to the industry with the Oculus Rift. Released in 2016, the Oculus Rift was among the first consumer-level VR systems available, but its beginnings start long before that. The Oculus Rift was a Kickstarter campaign back in 2012, reaching its goal with over 10,000 contributors. Eventually, Oculus was bought by Facebook and is still among the major players in the VR platform today. While VR is still a bit niche, anyone who has strapped on a headset can attest that there is a lot of potential in the platform, beyond gaming. From work training to new ways to create art, VR is expected to continue to grow and find its voice in both photography and videography industries. Currently, the latest offering from Oculus is the Oculus Rift S.

While this list highlights mostly physical gear that has helped shaped the 2010s, it would be impossible to make a list relating to essential products of the 2010s without mentioning Instagram. What makes Instagram important? Well, it changed the way we view photos and videos. Clients browsing websites have become less and less popular, instead opting for Instagram feeds to see your most recent work. No longer do potential clients ask for your business card, but rather, ask for your username. With one billion people using Instagram each month, it’s almost impossible to run your photography or videography business without an Instagram profile. While the square crop (or 4×5) isn’t always ideal, it has become a standard in its own right, thanks to Instagram.

Continuing on the trend of products that might not be the ordinary things you might find on this blog, another relevant product worth mentioning is the introduction of Adobe Creative Cloud. Released in 2011, Adobe Creative Cloud quickly became the new standard for the industry, opting for a subscription model with regular updates over the annual release platform from the past.

While plenty of people have had problems with the monthly subscription platform (and for good reason), the new business model allowed for more regular releases and innovation. An excellent example of this comes with looks like Content-Aware Fill. The rumor with this tool was that it was developed entirely eight months before the release of Photoshop CS5, and sat internally until the release of the next version of Photoshop. Using a Cloud system allows Adobe to streamline their innovation, and have more regular and powerful tools in the hands of the consumer, faster. 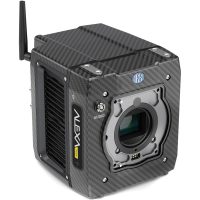 Last but certainly not least is the ARRI Alexa Mini. Announced in February of 2015, the ARRI Alexa Mini changed the world of cinematography in a lot of ways. Need evidence? You need not look further than the sheer amount of blockbuster films shot using the ARRI Alexa Mini. In recent years, some of the most incredible pieces of cinematography all share the same thing – they were probably shot on this camera. So what makes this camera so great? Well, its size for one. The ARRI Alexa Mini is small when compared to the Alexa LF or other full-sized camera systems – giving you the option of putting it on a 3-axis gimbal system without any issues. It also has built-in recording to CFast 2.0, allows up to 200fps, and has a spec sheet to match its $36K price tag.

This last decade has provided us with some incredible pieces of technology that have made creating easier than ever. What do you think? Do you think we missed something? Feel free to chime in in the comments below.