How Jaime Harmon Displays Isolation in His Quarantine Memphis Series 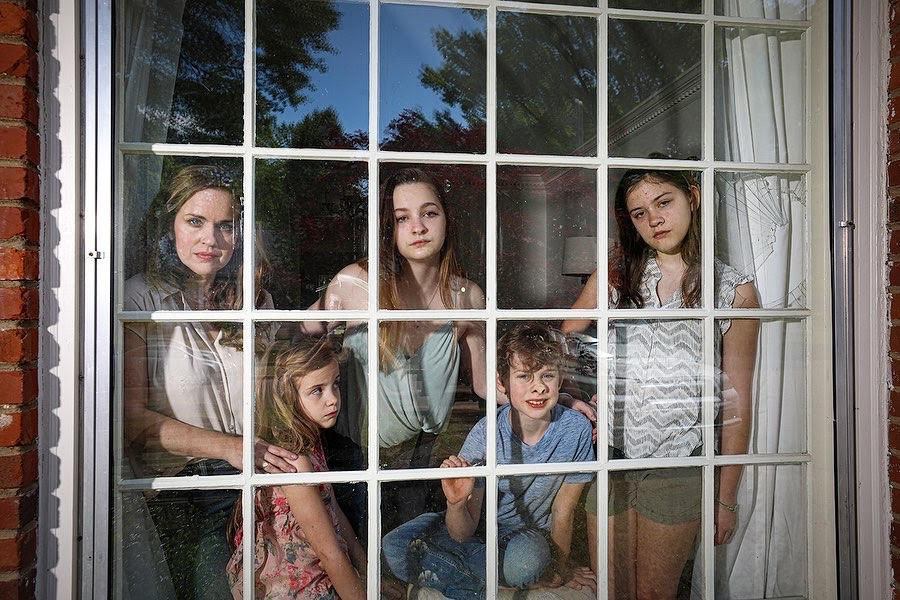 This isolation amid this pandemic is affecting people in careers in a multitude of ways. Still, one profession that has been hit particularly hard is the world of portrait photography. While most portrait photographers have chosen to close their door temporarily during these times, others are finding ways to tackle this pandemic and keep working in a creative, but safe way. Among one of those photographers is Jamie Harmon, a photographer local here in Memphis, who has used this opportunity to create his latest series entitled Quarantine Memphis.

Quarantine Memphis is a series of isolation portraits Jaime has created during the Stay At Home orders placed on Tennessee. When asked about how the idea came to life, Jaime Harmon told us — “As soon as the schools closed and my job shut down on March 13, I had the idea mainly because every other work I had stopped. I knew everyone was going to be home, and it took me a week of thinking about it and asking friends if they thought it was a good idea before I did it.” But just going out and making it happen isn’t possible without first doing your research and planning to do it safely and legally. “Once I learn the basic rules of safety, it seems doable, so I started making calls to people that I knew so that I could test the approach, and then it just grew from there.” 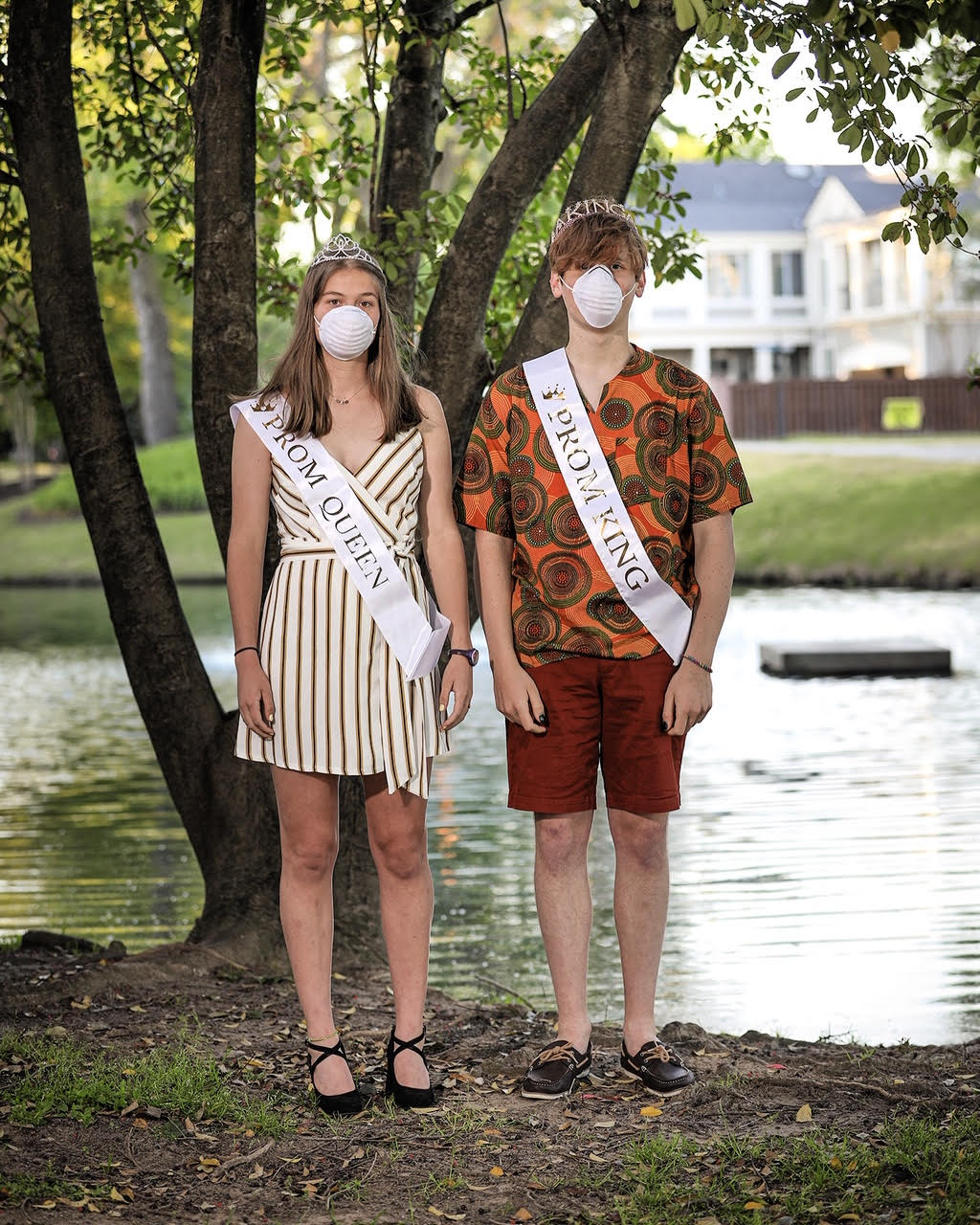 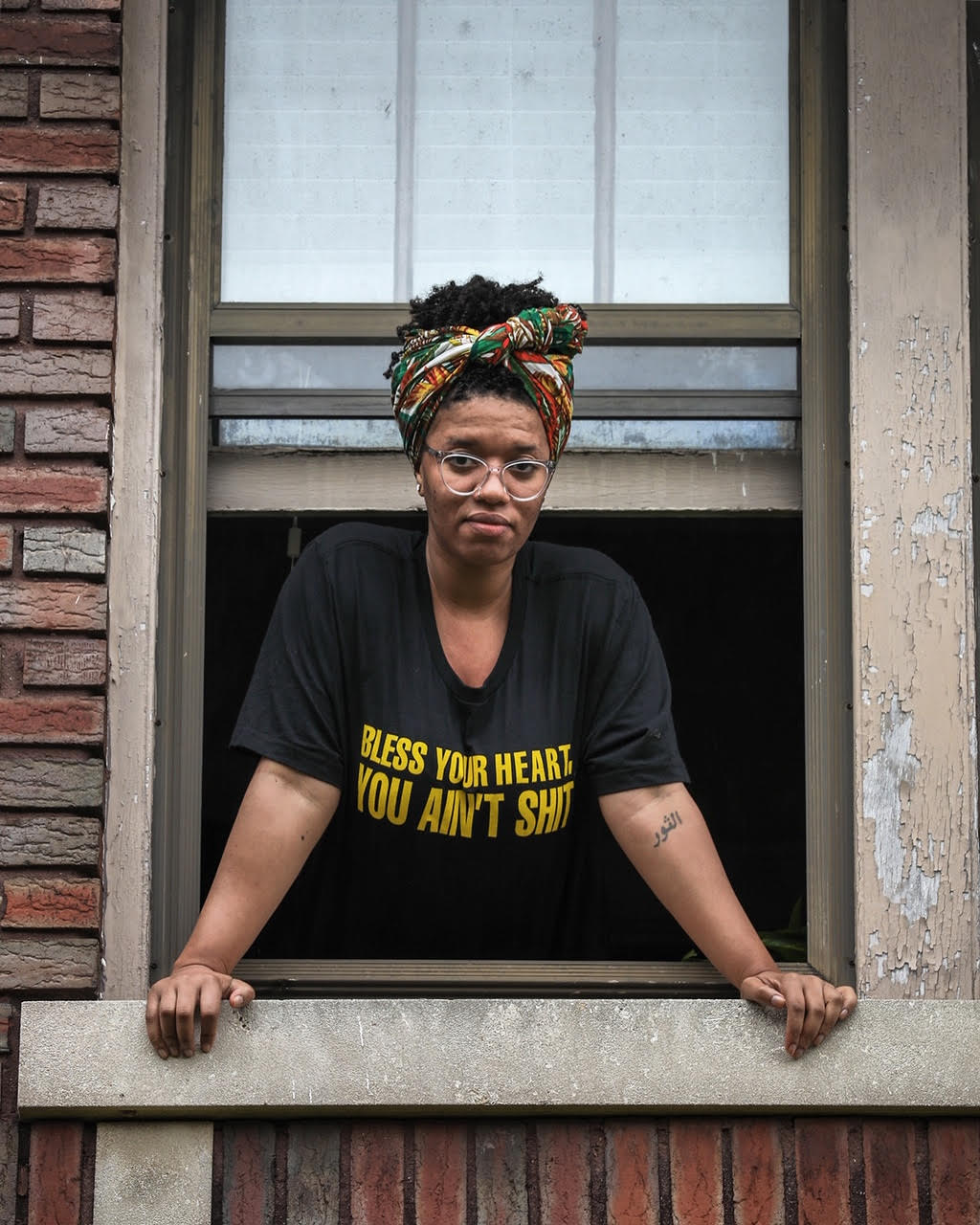 The end result left us with portraits that show a sense of honesty during a fairly scary time. But that honesty comes from a variety of factors. For one, the photos are taken peering into the subject’s home, giving a real-life look into their day to day lives. The honesty is only elevated when discovering that most of these people have been spending all of their waking moments in their homes; as they’re following the guidelines to stay at home. “It really just gives the people in the home and me a chance to have a conversation and commiserate. I think commiseration is the biggest theme that emerges in my conversations; we each just need someone to validate that we’re all going through the same thing together.” 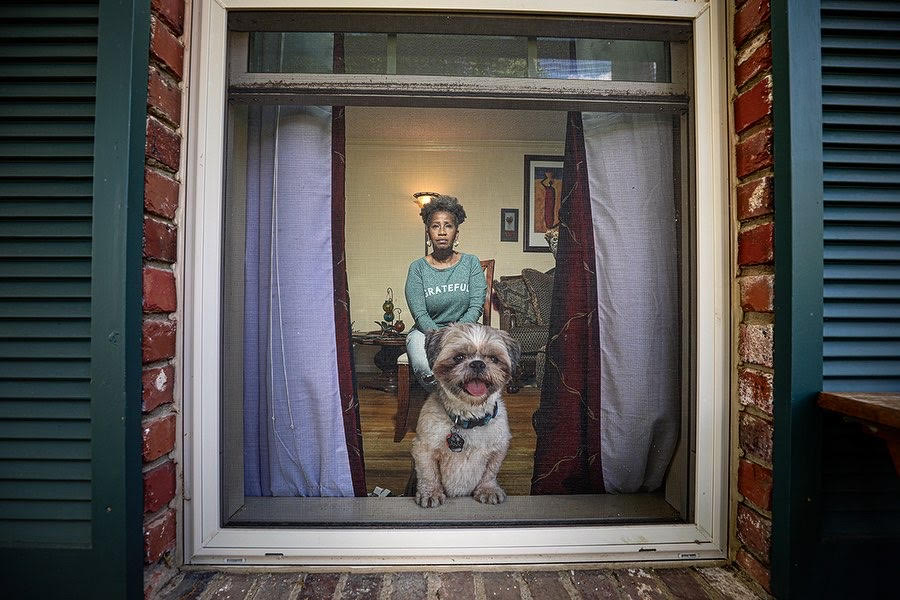 However, one thing to touch on is safety precautions – because after all, we’re staying home to stop the spread of the virus. Jaime takes all the necessary steps to ensure that what he is doing is both safe and legal. Jaime writes – “I do not touch anything besides my equipment. I do not get any closer than 10 feet, and I do not go inside anyone’s home or a living area.” Additionally, Jaime also encourages people to wear the proper face mask when going out in public, and to follow all the guidelines from both your local government as well as the CDC.

Maintaining those guidelines of distance can result in a need for special equipment when shooting these portraits, often through windows or doorways. To combat that, Jaime has opted to use his Canon 5d Mark IV with a Canon 70-200mm f/2.8L IS II for the majority of his portraits. When he wants a wider shot showing the scene, he’ll use his Canon 16-35mm f/2.8L III, and when he needs to combat the light from the sun, he uses his Interfit remote battery-powered strobe. 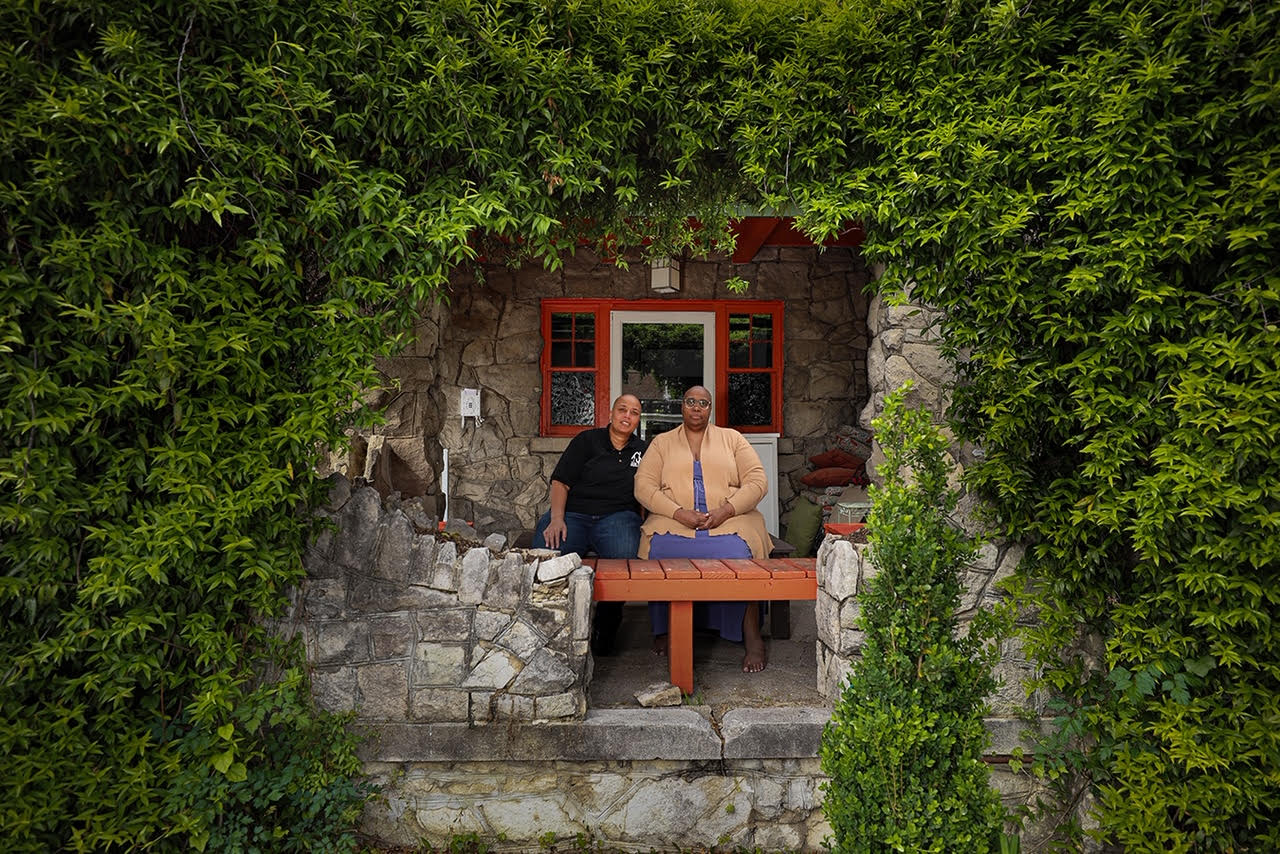 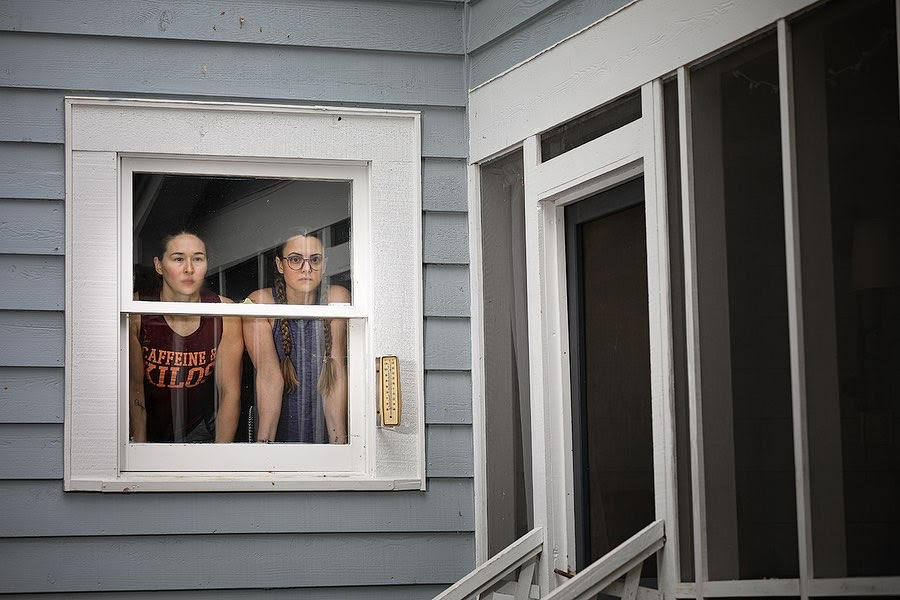 Among the over 600 people Jaime has photographed for this series comes on of Lensrentals.com‘s own, SJ Smith. SJ works in the marketing department here, and was able to take part in this ongoing series sweeping our hometown. “When I signed up to get our pictures taken by Jamie I didn’t think he’d actually get around to us. I knew his Memphis Quarantine project had already gained a lot of traction around the city and that I was late to the party. But a few days after I filled out the form I was contacted by Jaime’s wife, and we confirmed the date and time and then my husband and I started brainstorming ideas.” SJ tells us. “Jamie was the first person other than our neighbors that we’d seen in the flesh in several weeks, we know him from the beloved event space and iconic photo booth he’s run for years (Lensrentals.com has had parties at and with each). Not only was it was great to see him and chat from a distance, but he wanted to know if we had any ideas for shots, and then he looked around our house and threw out some of his own too.”. “Our neighbors yelled “Congrats!” from across the street and we stood in our cove after Jamie left explaining what had just happened and why we were so dressed up, which isn’t a conversation we would have probably had otherwise. We were so excited for the results, and now have a set of really unique, somber, and even a few goofy pictures with which to document this time during our first year of marriage.” 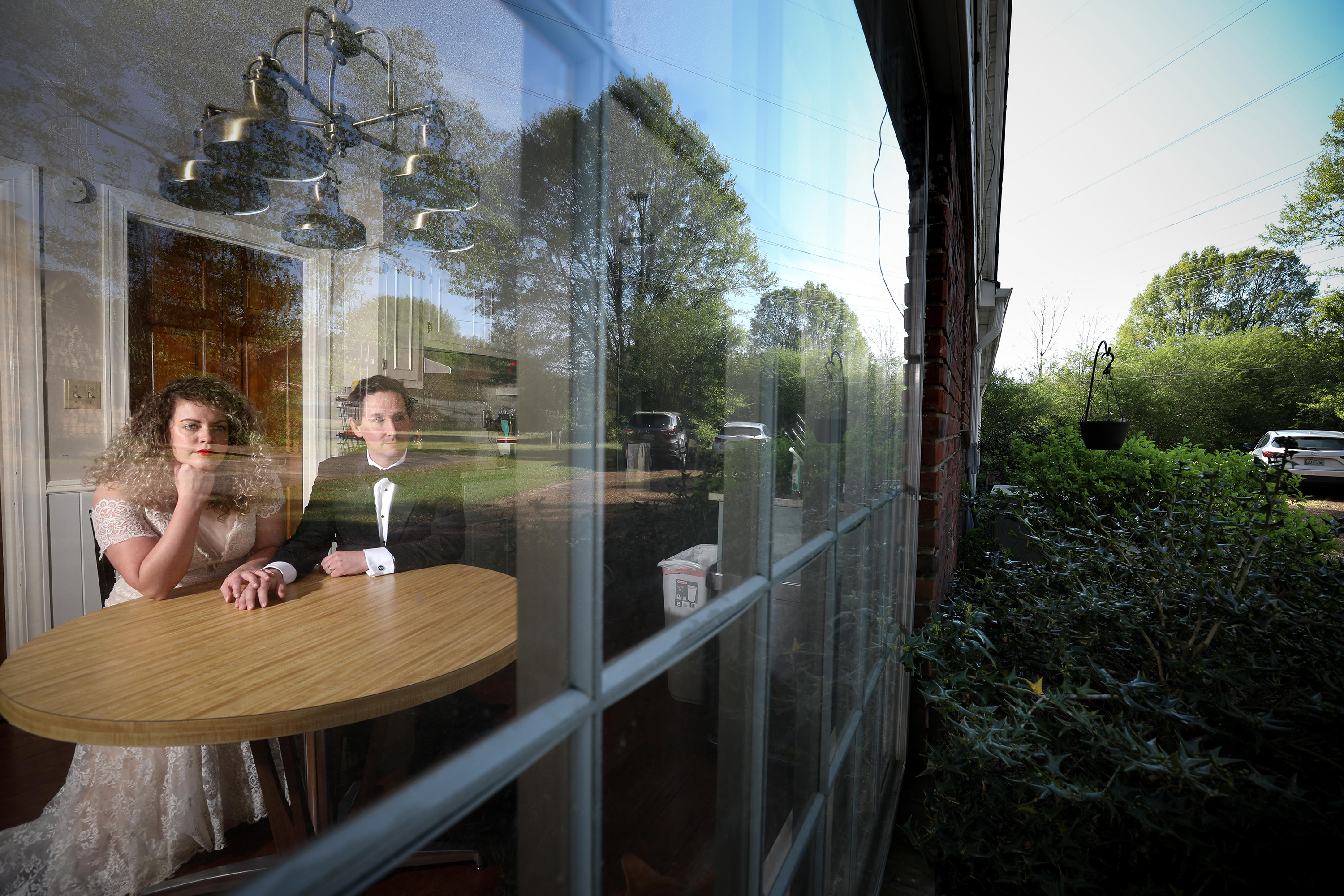 SJ Smith and her husband for the Quarantine Memphis project

While Jaime Harmon’s project isn’t uniquely unique, we did find his work particularly interesting, which is why we featured his work here. As for the concept, Jaime offered his own set of advice for shooting something similar — “Be respectful of everyone’s boundaries and collaborate with your subjects when possible.” 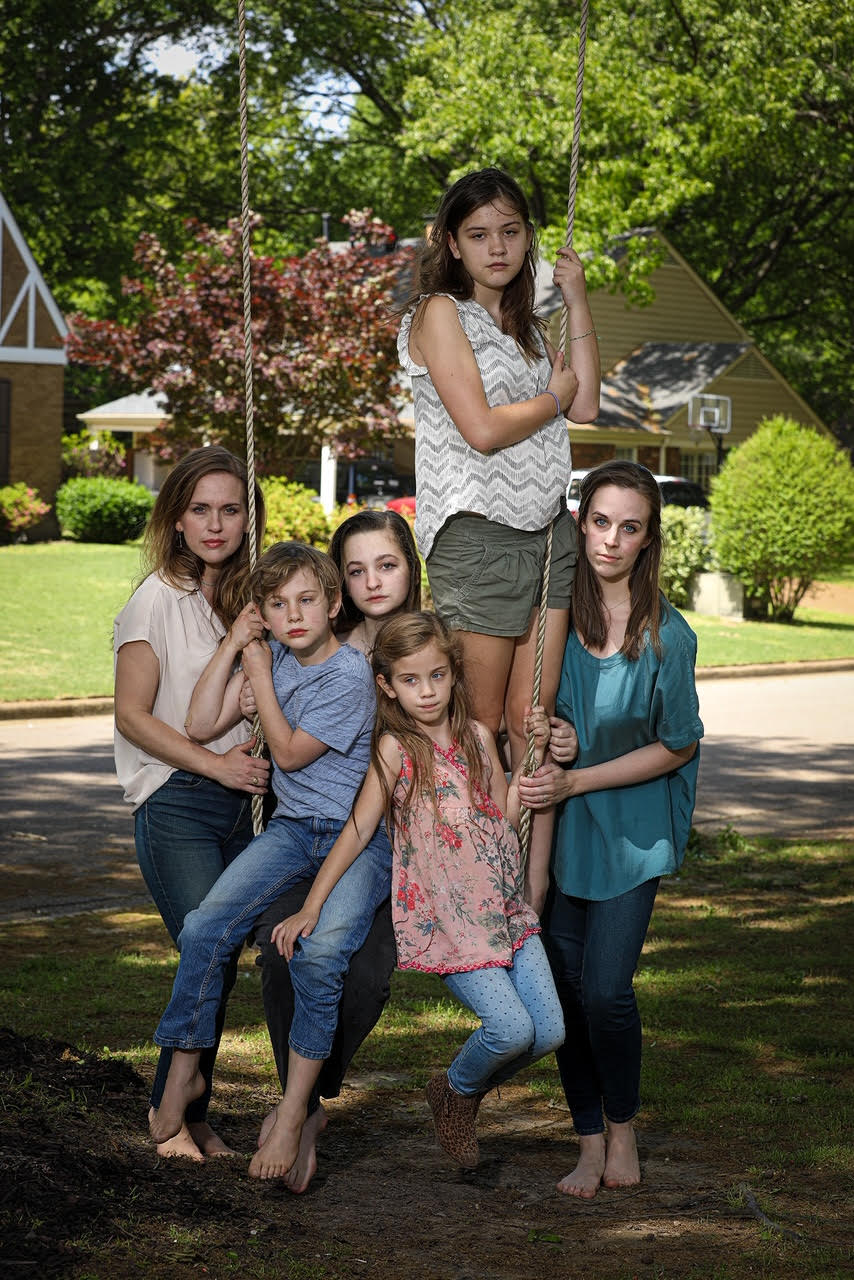