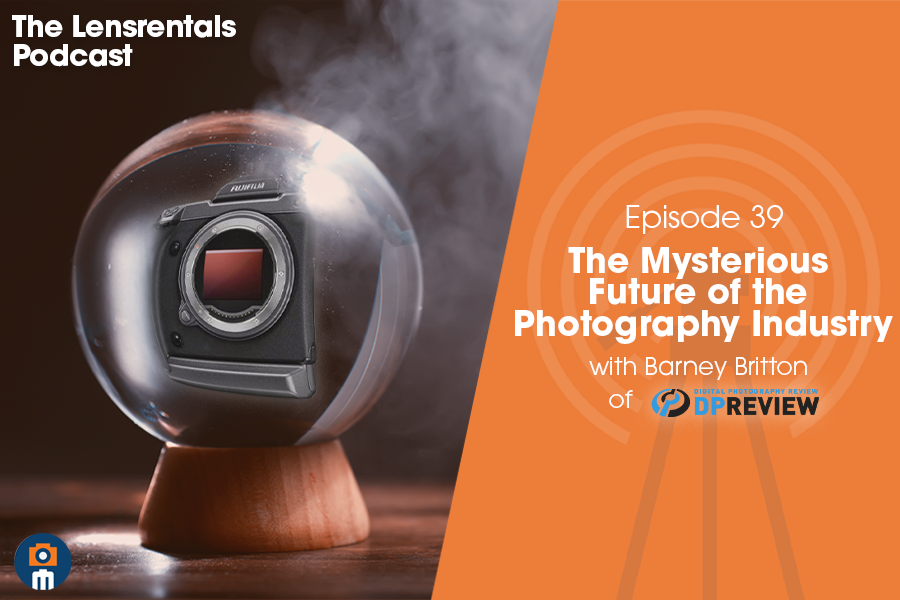 In this episode Roger and Ryan are speaking with Barney Britton from DPReview about where the industry is going, what was predicted to change that hasn’t, what products have stood out as surprises over the last few years, and what kinds of changes the future may bring. Working at DPReview for over ten years now, Barney Britton has seen a lot of changes in the industry over the last several years. And so in this fun episode, Roger, Ryan, and Barney all take their knowledge of the industry and make some predictions as to where they expect it to go in the coming years. Which companies will grow, which companies will disappear? What specs will become the standard in the coming years? Listen to all these predictions and more from some of the most credible experts in the field.

Mentioned in this Episode

00:50 – Ryan is moderating today’s talk between Roger and Barney, and they start by answering what has surprised them the most over the past few years. Not in terms of best and worst, but most surprising. The few products that have surprised Barney lately have been items that smartphones and traditional cameras can’t meet including, gimbals, drones, compact 4k video.

2:55 – Barney was surprised by the Leica SL2 being taken seriously by videographers, and he likes the bold and unexpected territory Leica is venturing into.

3:30 – Roger has been surprised by manufacturers being ok with smaller apertures, like Canon’s f/11 lens he’s mentioned on other episodes. If you’d asked him 6 years ago if all the manufacturers around at that time would still be in the game now, he would have said no.

4:20 – Olympus was sold, but to a company that seems genuinely invested in maintaining the imaging product line.

6:20 – Which company is positioned to thrive over the next 5 years? Hint: doing everything in-house and having really streamlined quality control processes can be really helpful in this area.

8:20 – Leica is never going to be as big as Canon or Nikon but has found their market, who else has?

10:00 – Which manufacturer is in a less good position to make it the next 5 years? Nikon was hit hard by Covid as well due to transitioning from manufacturing in Japan to Thailand making quality control difficult to manage.

13:20 – Barney sees the market as heading toward niches, and lenses becoming more expensive because there is no longer a market for compact point and shoot cameras to offset the price. 14:50- Roger has been thinking about how the average age of the photography enthusiast has been rising and they discuss what impact that will have over the next few years on high-end equipment sales.

16:20 – DJI is hard to think of as new but is compared to Canon and Nikon, what other newer companies have caught Barney’s attention?

18:30 – Roger has noticed an uptick in lenses that he never would have thought of making but is garnering a good bit of interest from our customers. Why are they usually manual focus? Roger tells us.

22:45 – Break23:30- Trade-shows and in-person events, they’ve been predicted to be waning over the last many years, but with the pause dude to Covid is it really going to happen now? Or will there be an even bigger demand once it’s safe? Barney, Roger, and Ryan discuss.

28:30 – Is there anything coming in the photography market that Barney and Roger think will shake it up the way HD did for video in the early 200s? Barney sees global shutter as the next big thing, along with battery technology finally moving away from lithium-ion batteries.

32:00 – Rogers sees a day when you’ll be able to buy a lens, put it on your camera, take some test shots and the camera (through firmware or a processing program) will correct the defects detected.

34:50 – Who does Barney pay attention to online, Roger wants to know. Chris Niccolls, Jordan Drake, Gordon Laing for people in the photo and video world, and BBC.com to keep an eye on what a large legacy brand is doing to answer their customers, as far as resources outside of the industry.