The Sony Alpha a7S III is an ultra-sensitive, full-frame E-mount mirrorless camera with a focus on video applications, and an update to the Alpha a7S II. Key features include:

What’s Changed? With the Alpha a7S III, Sony has essentially taken the a7S II, significantly updated its photo features, and added a whole host of high-end video features. Notable additions are an updated sensor and processor, UHD 4K capture from full width at up to 60p, native UHD capture from 1.1x crop at up to 120p, and a broader range of video-codec options.

12.1MP Full-Frame Exmor Sensor and BIONZ XR Image Processor. The redesigned 12.1MP full-frame Exmor RS BSI CMOS sensor features a back-illuminated Exmor RS design for greater clarity and improved noise reduction. It gives you an impressive 80-102400 ISO range that can be extended to ISO 40-409600. When this sensor is coupled with the revised BIONZ XR image processor, you get up to 8x faster processing, faster overall camera speed, and markedly reduced rolling shutter. On top of that, this sensor-processor combination gives you up to a fourteen-stop dynamic range for stills, a fifteen-stop dynamic range for video, and 10 fps continuous shooting for up 1000 uncompressed RAW stills.

UHD 4K 120p Video; 10-Bit 4:2:2 Internal Recording. The a7S III was built around its video functionality. It can record up to UHD 4K video with frame rates up to 120p using full 1:1 pixel readout with no binning. This camera is also capable of internal 10-bit 4:2:2 sampling in all recording modes, and it can output 16-bit RAW via the full-size HDMI A port for even greater tonal reproduction and flexibility in post. You can record 4x and 5x slow-motion footage at 120 fps with the frame rate playback set to either 30p or 24p. If you move down to Full HD, you can get an effective 240p frame rate for more extensive motion control. The a7S III doesn’t place any time limits on video capture.

Customizable Color and Gamma Controls. The a7S III offers extensive customizable color and gamma controls, letting you adjust the gamma, black level, color level, and more. The same S-Log2 Gamma Curve that’s featured on Sony’s high-end cinema cameras is featured here, and it can give your video signal up to 1300% more dynamic range compared to REC709, making post-production easier. You also get S-Log3, which will give you a 15+ stop dynamic range with greater control over grading in the shadow to mid-tone areas of your image. Finally, the a7S III supports Hybrid-Log Gamma and the BT.2020 color space to give you a broader color gamut.

Fast Hybrid Autofocus System. This camera’s Fast Hybrid autofocus system covers 92% of the image area, using 759 phase-detection points and 425 contrast-detection areas for fast, accurate focusing in a broad range of lighting conditions with sensitivity down to -6 EV. You can use autofocus in all recording modes, and it greatly benefits video and still-shooting applications. It locks onto subjects quickly and has an AI-based Real-Time Tracking feature for moving subjects. You can also use touch tracking instead. The Real-Time Eye AF feature is designed for maximum sharpness when shooting portraits, and it works on humans and animals alike. You have control over how quickly and smoothly focus shifts from subject to subject for even greater fine tuning.

5-Axis Image Stabilization. A built-in 5-axis SteadyShot INSIDE image stabilization system offers up to 5.5 stops of correction to any lens you mount. This includes angular shake (pitch and yaw), shift shake (X and Y axes), and rotational shake (roll). When using an E-mount lens that already features OSS, the two systems will work cooperatively for maximum stabilization. There’s a video-specific Active IS mode that uses electronic stabilization to give you smoother footage straight from the camera.

QXGA OLED EVF and Vari-Angle Touchscreen LCD. The QXGA OLED Tru-Finder EVF boasts a high 9.44m-dot resolution and 0.9x magnification for bright, sharp eye-level viewing. Its 120 fps High Quality setting gives you smooth motion rendering. The side-opening, 3.0-inch, 1.44m-dot touchscreen LCD is great for easy, intuitive menu navigation and shooting control. Its articulating design lets you work from a range of angles, and it has a front-facing position that makes it perfect for vlogging. 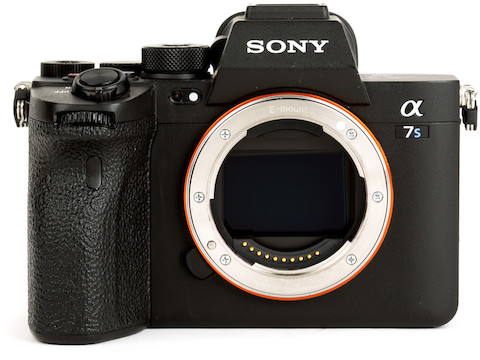 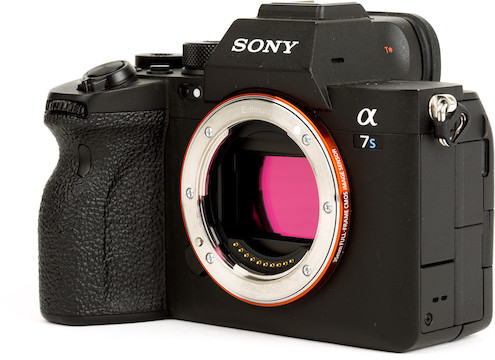 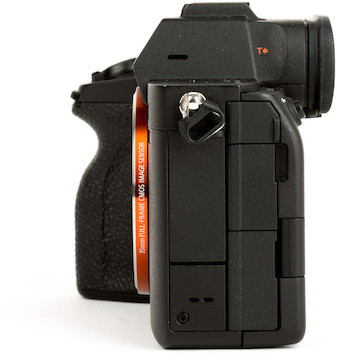 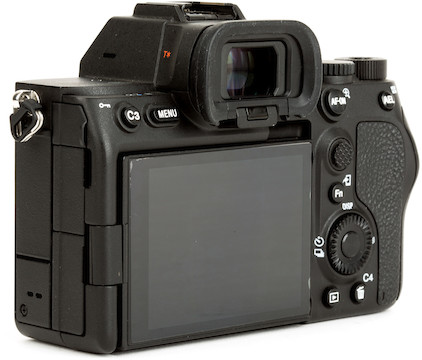 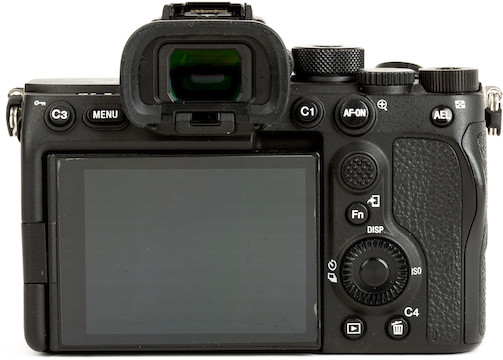 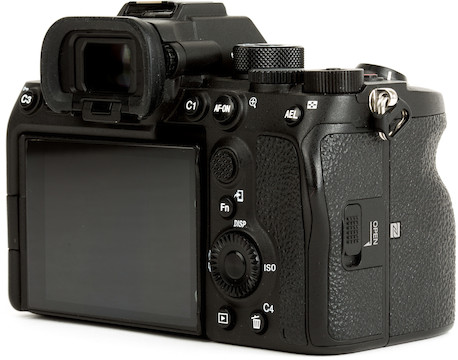 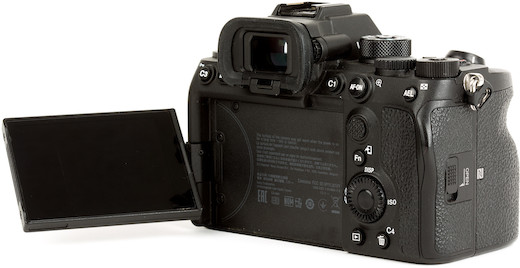 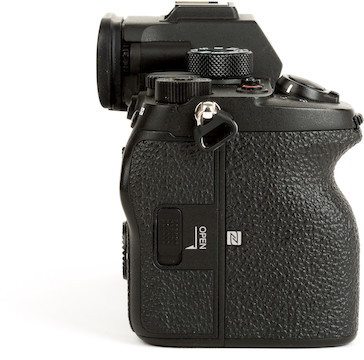 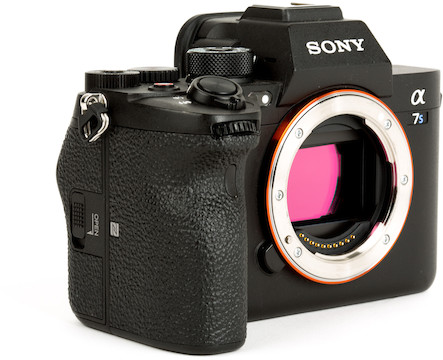 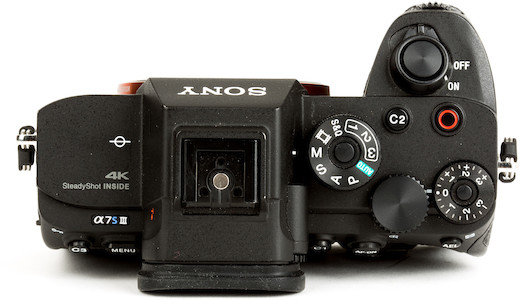 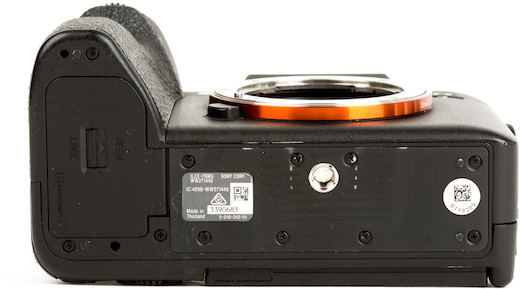 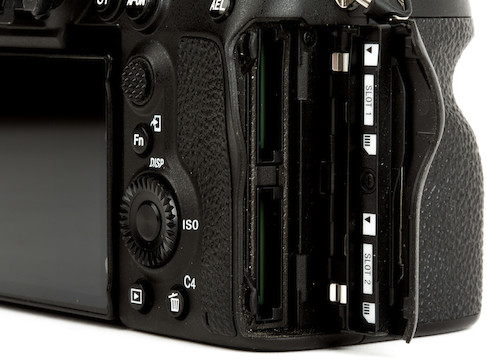 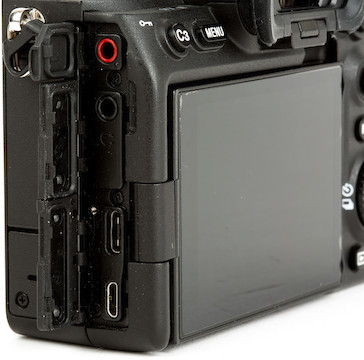