The Battle of the Behemoths – Finding the Best Camera of 2021

Though time has felt like it has stopped over the last year, the last few months have given us some pretty exciting photography and videography products to look forward to. Though many of these cameras aren’t readily available, I felt it was something worth discussing regardless; in the effort to find the absolute best camera available for 2021.

I’ll pretense this article by saying this is an opinion-based article. As a Canon shooter for over 15 years now, I certainly have my own bias and preferences – and the work I shoot is by no way standard of what all photographers shoot. As such, I’m using this as a platform to find the best camera for me – though I plan on tackling a broad range of topics that should apply to many. Thus, this article will be focused on still cameras, all of which have a few video features built for useability – but in no way will these compete with an ARRI Alexa or RED Monstro.

After much deliberation, I decided it was time for me to retire my Canon 5d Mark IV, and finally, move to the mirrorless platform. And for the first time in my life, I’ve been looking at systems beyond Canon and using the lens mount switch-up as an opportunity to change my traditional form factor. I’ve anxiously looked through all of the latest camera announcements and releases. I have narrowed my choice down to three cameras: the best cameras of 2021 (so far) – The Canon EOS R5, Sony Alpha 1, and the Fuji GFX 100S. So let’s start with the surface level.

Each camera has its own advantages and disadvantages, and so let’s look at their basic spec sheets to see where they fall across a broad range.

Now that we have a baseline of each of their spec sheets, let's go through each camera one by one and list off their advantages and disadvantages. 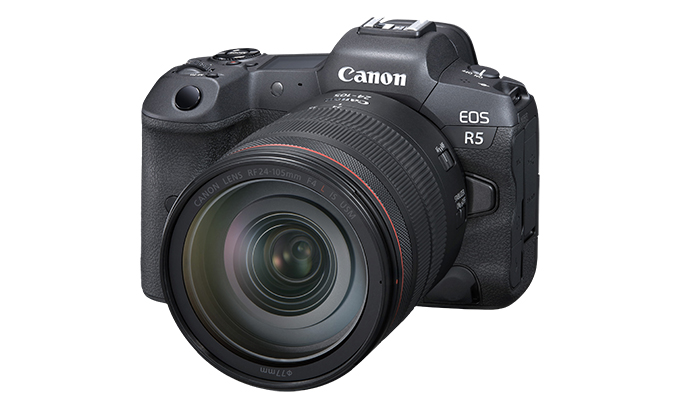 Advantages of the Canon EOS R5

The Canon R5 has several significant advantages and improvements over their previous EOS R launch. For one, the Canon R5 has added 5-axis image stabilization inbody - a highly requested feature that is commonplace in the Sony's and Fuji's for years now. Another huge advantage with the Canon R5 is that it is the cheapest camera of these three options and by a pretty significant margin. Priced at $3,899, the Canon R5 is $2000 cheaper than the next competitor on this list, with a set of features that holds up (and sometimes, outperforms) the other options listed here.

Additionally, the Canon R5 is the only camera on this list with the power of 8K in a 12-bit RAW format. Sure it has some caveats - for one, overheating has been a huge issue with the R5 when shooting 8K for more than 20 minutes of shoot time. And sure, creative solutions have been found, firmware upgrades have helped a bit, but it's unreasonable to expect a camera this size to be able to shoot 8K uninterrupted without some considerable modifications.

But perhaps the biggest advantage of the Canon EOS R5 is the brand Canon itself. Approximately 50% of all modern cameras that exist in the world today are Canon cameras, and that market share offers a lot of advantages. Along with having much of the attention of third-party manufacturers like Sigma, Tamron, and Tokina - Canon's marketing for the RF platform has been aggressive. No manufacturer has come out with more lenses for their mirrorless platform in the last year, suggesting that Canon is going all-in on the platform. Pairing that with Canon's best-in-class color and a form factor I'm familiar with, it seems like the Canon R5 is the obvious choice for a Canon shooter for 15+ years - after all, I already have a camera bag of L series lenses that adapt easily with a converter.

Disadvantages of the Canon R5

The biggest disappointment with the Canon R5 is that it isn't really groundbreaking by comparison. Sure, it might be considered best in class for video, but it doesn't solidly win on any other metric. It has the lowest resolution, it's fast, but not Sony Alpha 1 fast, and the max sync speed is still stuck at 1/250 a sec, despite having the option of an electronic shutter.

If these three cameras were mountain ranges, the Sony Alpha 1 is unquestionably Mt. Everest. And climbing Mt. Everest is certainly something to be excited about. The Sony Alpha 1 looks like Sony's direct attack on Canon and Nikon - who were late to the professional mirrorless camera world - putting all of the powerhouse specs into a single camera body. That said, announced in February 2021, the Alpha 1 still hasn't been in the hands of many people, so a lot of usability reports are still unknown. 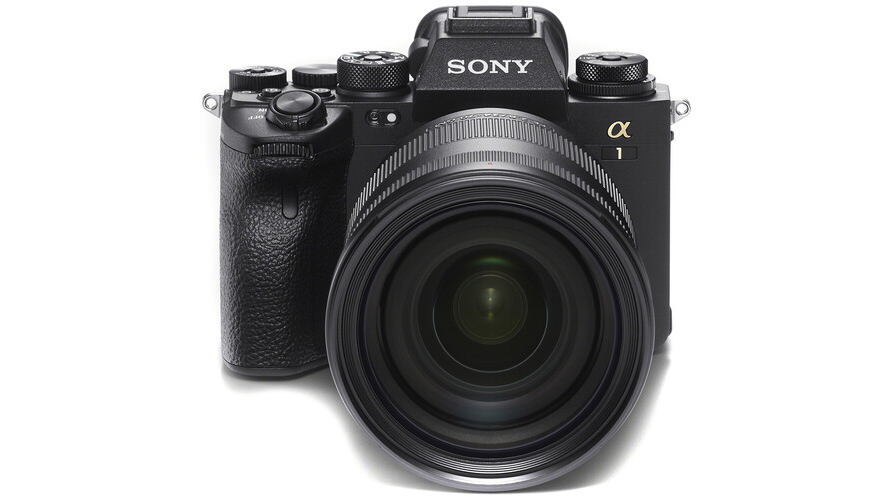 Advantages of the Sony Alpha 1

Spec for spec, the Sony Alpha 1 beats all of these cameras in nearly every metric. It's the fastest camera in shooting speed, flash sync speed, and likely focusing speed. It also offers 8K 30p recording at 4:2:0 10-bit and offers 4.3K Raw 16-bit recording through the use of external recording. Sony also announced a series of upgrades with the Sony Alpha 1. Rolling shutter - solved. Flash Sync speed - a thing of the past. And the talk of bad battery life with mirrorless cameras seems to be a thing of the past with the Alpha 1, which gets you an estimated 430 shots on a single battery.

By all accounts, the Sony Alpha 1 has the speed needed for sports photography, the resolution needed for studio photography, and the autofocus speed that can capture any and all fleeting moments. It's no wonder that media businesses like The Associated Press announced that they're moving all their photographers to Sony systems - Sony just seems to be a few miles ahead of the competitors.

Disadvantages of the Sony Alpha 1

The biggest disadvantage of the Sony Alpha 1 is that it's priced at $6,500. And yes, all of the cameras on this list are pretty expensive; this one is considerably more expensive than the competitors. Pairing that with Sony's aggressive development cycles, one has to worry that the Sony Alpha 1 will have a replacement camera in a year or two. Is this a complete turnoff? Of course not; that's just the cost of doing business with Sony.

Next in line is the Fuji GFX 100s. Fuji's fourth digital medium format (technically...on several levels) camera, the GFX 100S, has slimmed down its size considerably when compared to the GFX 100 but still shares a lot of the same spec sheet. For example, both the GFX 100 and GFX 100S share the 102MP, 43.8x32.9mm medium format CMOS sensor. Both share seemingly the same autofocus system (which is good, especially for a medium format camera). And both of them shoot the same 4K 30p video. But what is different about these two cameras is really what propels this system up among the tops. 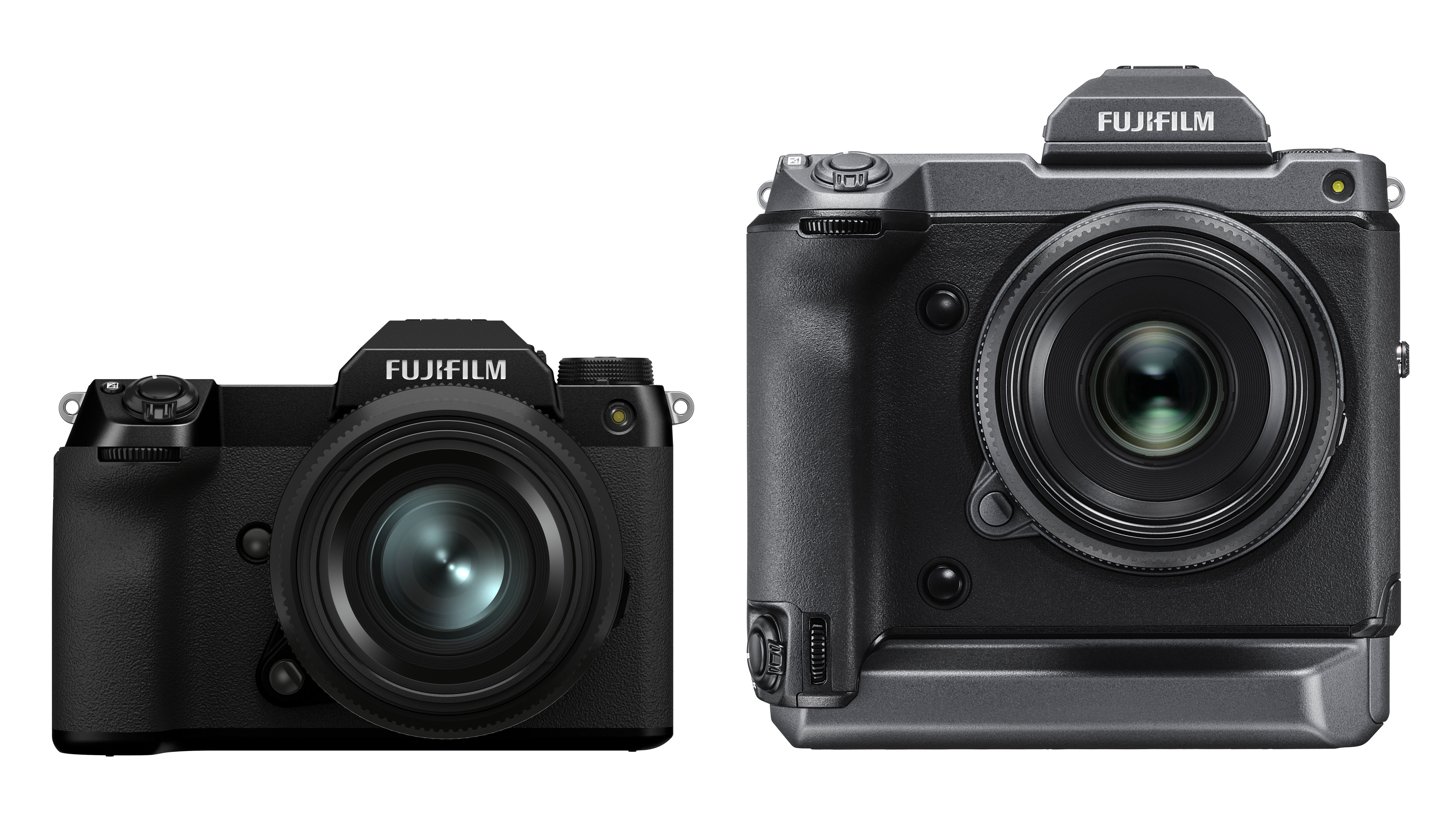 Advantages of the Fuji GFX 100S

As mention above, the biggest advantage of the Fuji GFX 100S is its size. The Fuji GFX 100S is only slightly bigger than both the Canon EOS R5 and the Sony Alpha 1 while having a sensor that is roughly 75% larger in size. And while the harshest of critics would argue that Fuji's GFX 100S sensor isn't true 645 medium format, the sensor is still pretty substantial in size. Pairing that with the 16-bit color, you can expect the highest quality photos to come from the Fuji GFX 100s, with the theoretical best dynamic range (though dynamic range is measured using multiple variables - and sensor bit depth is just one).

Comparison thanks to CameraSize.com

In addition to the larger sensor size, which is very much the selling feature of the Fuji GFX 100S as a whole, the Fuji GFX 100s has 425 focus points, which may seem like a small number when compared to the competitors, it's the best focusing medium format camera available. For reference, Phase One systems generally only have a dozen or so points to choose from, and the Hasselblad X1D only has 35 focus areas to choose from. So in the world of medium format, 425 is insane.

Disadvantages of the Fuji GFX 100s

When it comes to the Fuji GFX 100s, its biggest disadvantage is that it's not Fuji's focus. The GFX series to date has 11 different lens options developed by Fuji, and their focus still remains on their moneymaker platforms - the X series of cameras and lenses. Along with it not being Fuji's focus, their other major problem lies in their platform - the GFX is slow by comparison.

Sure, it has twice the resolution as the competitors and a significantly larger sensor, but the platform itself isn't entirely fast - nor is it (or any medium format for that matter) designed to be. Its flash sync speed is 1/125 a second, it maxes out at 5 frames a second, and with half the autofocus points as the other options, you can expect its autofocus to be a bit slower.

So Where Have I Landed?

Choosing my next camera and official introduction into the mirrorless world has not been an easy one. As a Canon shooter, the obvious choice would be continuing on their platform, moving to their EOS R platform, and slowly swap out my EF lenses over time. But as a photographer who works 95% of the time in my personal studio, shooting both beauty and product work, an alternative camera has caught my attention, and so I believe my next camera purchase will be the Fuji GFX 100s.

By no means is the Fuji GFX 100S the camera for everyone, though. If you need speed, the medium format system isn't your answer, and certainly, shooting medium format involves a bit more patience in your shooting style. But more than anything, I miss medium format, and I'm excited to go back into that world. Years ago, I would rent Phase One systems regularly for jobs and always enjoyed shooting with the system, despite being a clunky and slow experience. I often compared shooting those systems as driving a Ferarri. It's exciting, it's exhilarating, but the Ferarri is by no means the perfect car. You wouldn't want to take a Ferrari to the grocery store, as you have no trunk space. For me, I've decided I'll just get my groceries delivered, and rent faster and more practical cameras when my GFX 100s doesn't fit the bill.

What are your thoughts? What do you think is the best camera available for 2021 so far?

I'm Zach and I'm the editor and a frequent writer here at Lensrentals.com. I'm also a commercial beauty photographer in Los Angeles, CA, and offer educational workshops on photography and lighting all over North America.