How Nathan Armstrong Captures some of Music’s Biggest Performances 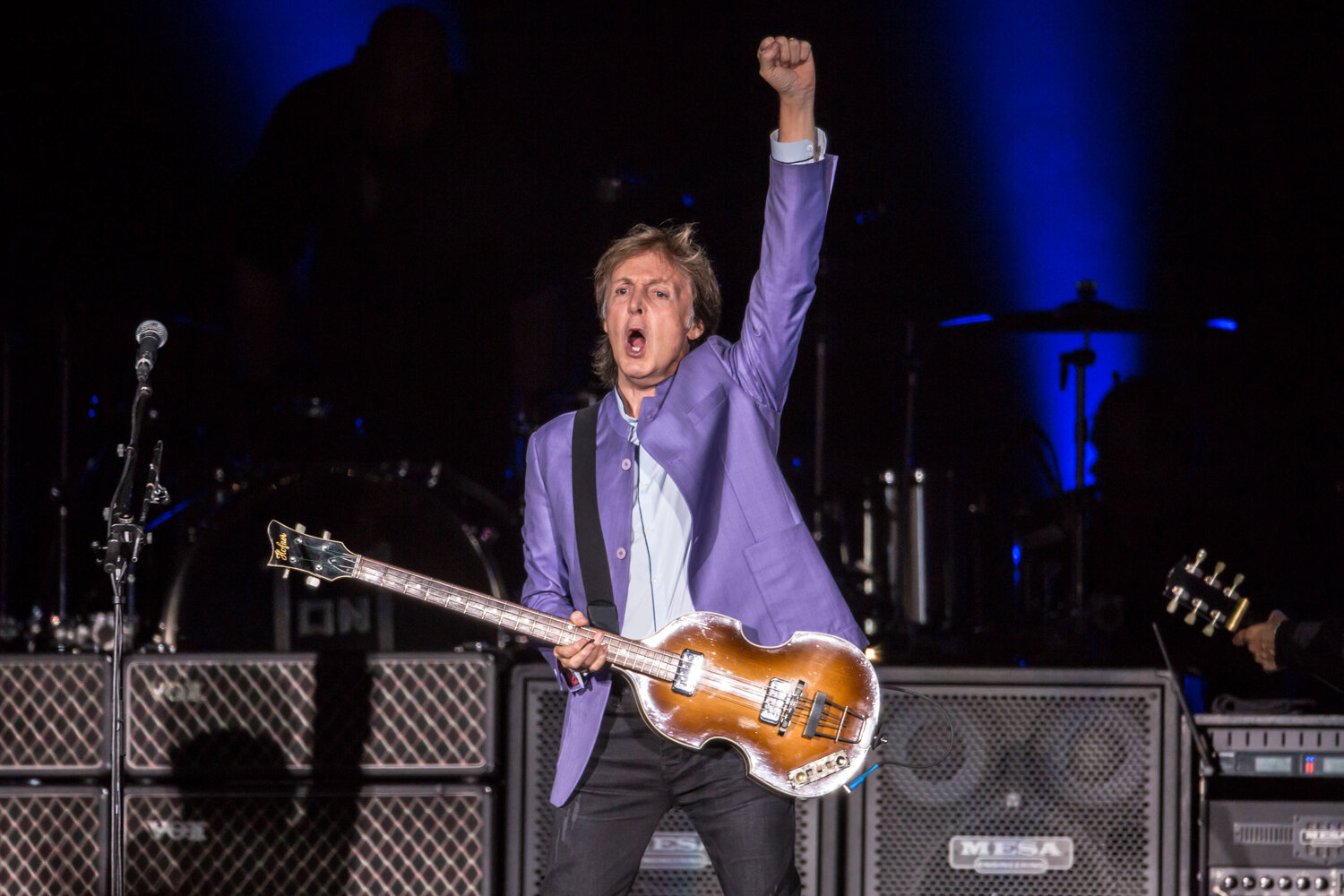 Here at Lensrentals.com, we have a vast inventory of gear and a staff of highly knowledgeable people to help you figure out what you might need for your upcoming shoot or production, but we rarely get insight into what you’re doing with the gear you rent. But now and then, we get some insight, and we like to highlight these stories in a series we call Customer Stories.

In today’s customer story, we sit down with one of our local favorites and someone who has rented from us since nearly the beginning – Nathan Armstrong is a commercial/entertainment photographer, filmmaker, and the Founder/Editor-in-Chief of 901Music. 901Music is a national online music publication focused on photography & video highlights. It is owned and operated by Nathan & his wife Laura’s content creation agency, NLA Projects. From the Jonas Brothers, to Taylor Swift, Ariana Grande, Coldplay, and Paul McCartney, Nathan has established his name and brand in the music scene, allowing him to photograph some of the biggest names in the music industry. I had the privilege of sitting with him and chatting about his work, how he got to where he is, and how Lensrentals.com helps make his business grow. 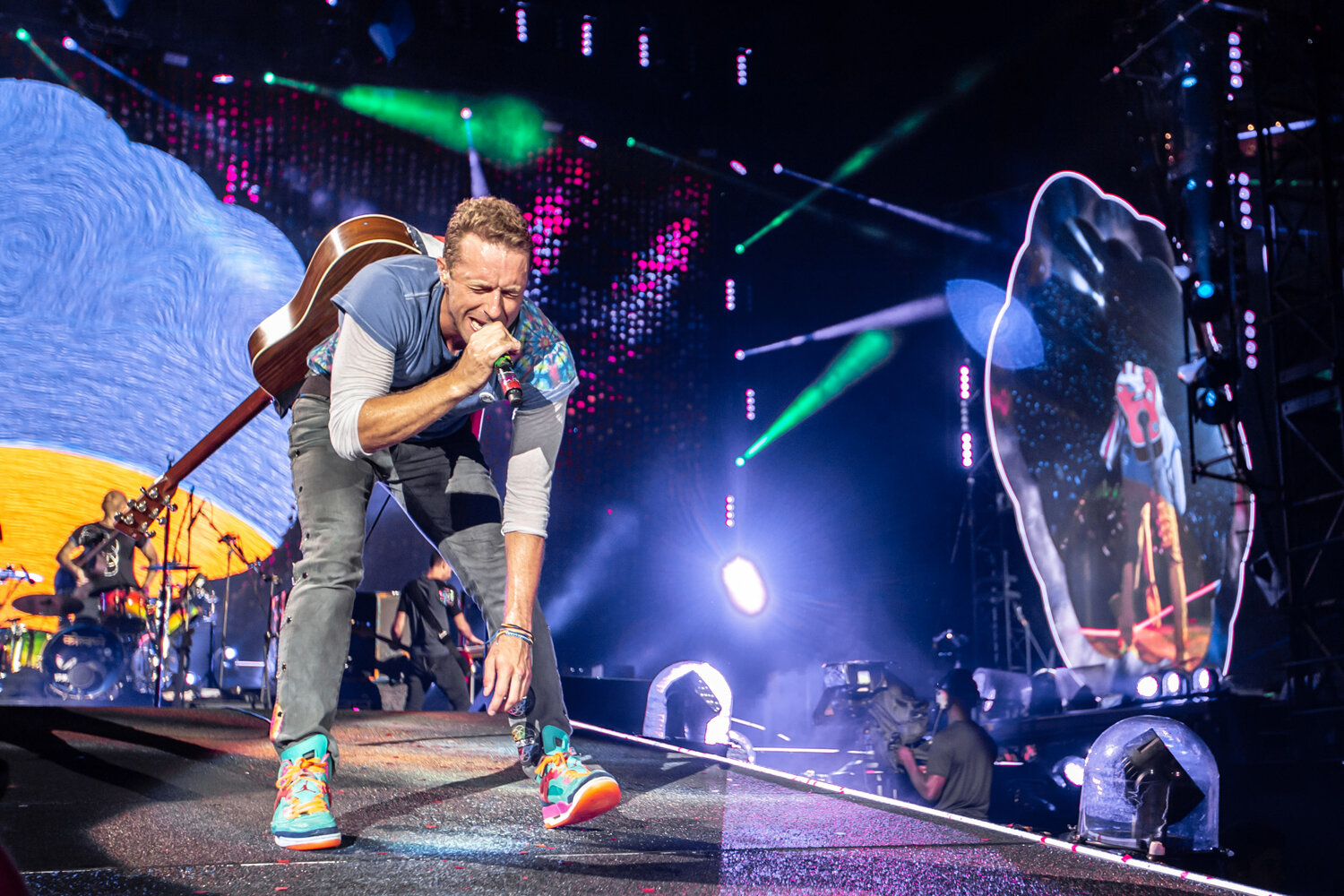 Coldplay photographed performing at Soldier Field in Chicago on their “A Head Full of Dreams” tour.
Photo by Nathan Armstrong

If you’ve tried your hand at concert photography in the past, you might have some awareness of how stressful of an event it can be. Typically, you’re only given the first three songs to capture your photos before being shuffled away by security, and with the bombastic lighting and stage settings, getting those great shots can be hard to come by. Additionally, getting the reputation to shoot stadium performances can be hard to come by – while local bands might be extremely grateful of you photographing their performance at a local bar or venue, shooting the CMAs are another thing to come by entirely.

Nathan Armstrong was able to sit down with us and tell us a story of his humble beginnings. Getting his start by being hired by Disney to take photos of tourists at Disney World in Orlando, Nathan quickly wanted to pivot his skills as a photographer to something more exciting. “While I was at Disney, I still had a ton of friends in Memphis in the music scene, so I started flying back to hang out with them. And I kind of just started doing concert photography through the help of a friend.” Nathan explains. “We started doing bar shows, club shows, and stuff at HiTone in Memphis. Probably like the 200-300 capacity venues. And through that, we started marking connections and doing the bigger venues in Memphis.” 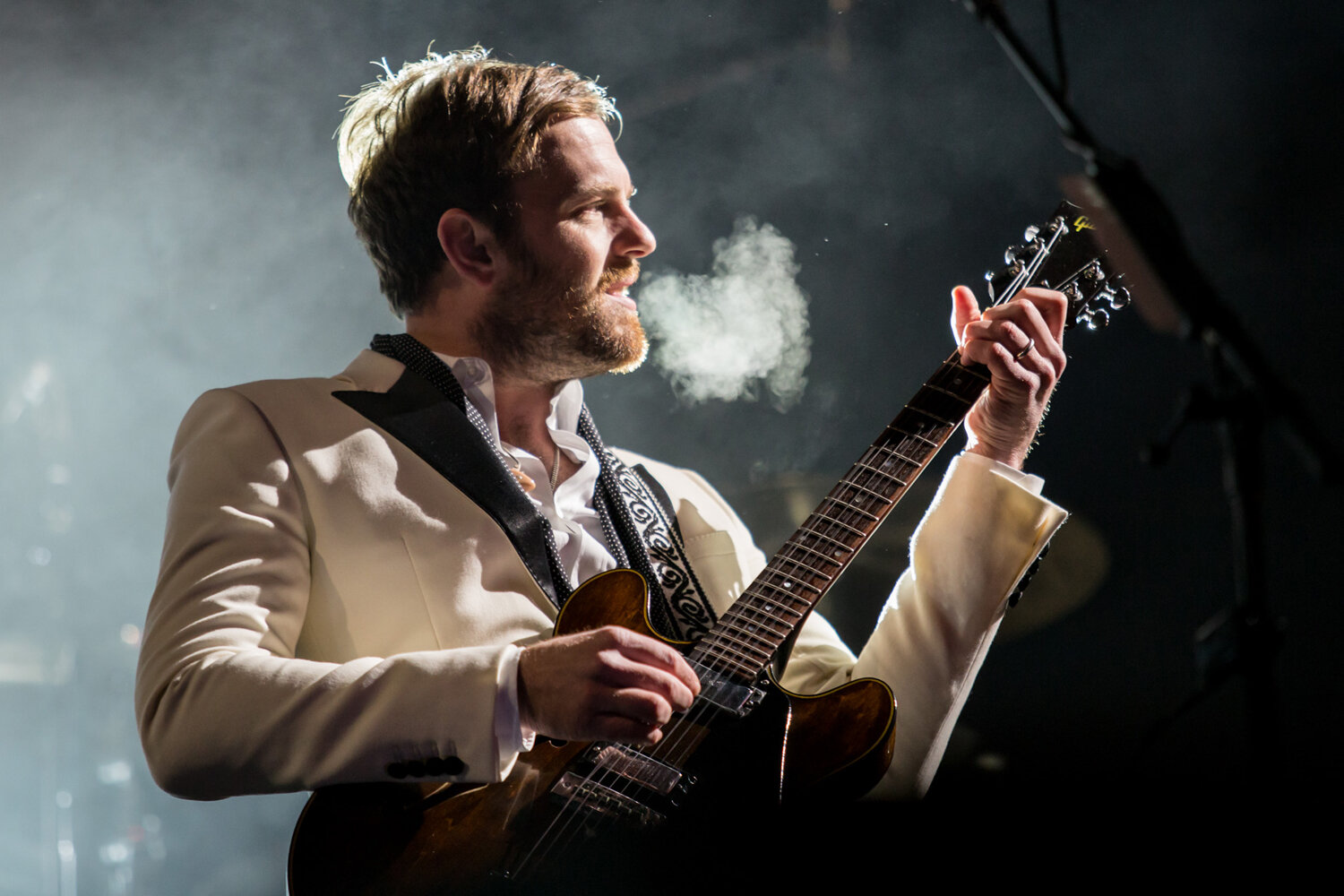 Eventually, the connections he made at both the venues and the performances allowed him to climb the latter to bigger and better things. “Throughout this whole time, we were developing relationships with both the venues, as well as the publicists for the shows. So we’d reach out to the publicist for the artists, and say ‘hey, so and so is coming to Memphis, and we’d like to cover it'”. “We found building these relationships with publicists helped us get access to the bigger shows, and started climbing the ranks over a few years.” 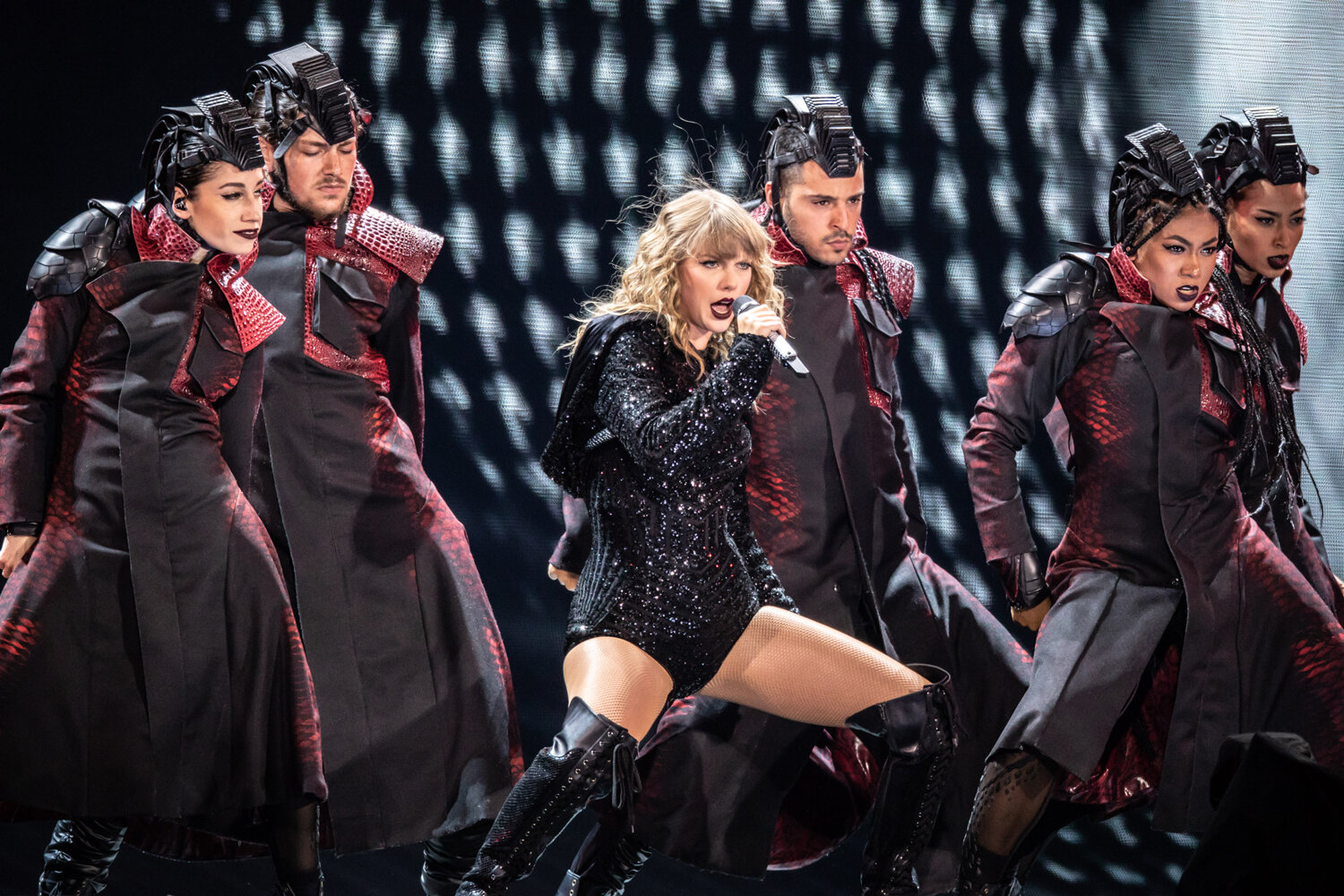 Eventually, he started expanding his business to shows outside of Memphis. Then an opportunity came forward for him to potentially cover a concert taking place at Soldier Field in Chicago. “There was a show that One Direction was doing at Soldier Field in Chicago. I would be there for a family trip, so  I reached out to the publicist for that show, we had worked together on previous shows, so again that relationship piece, and we got approved to shoot the OneDirection show. And after that, it was much easier to get approved for larger shows.” 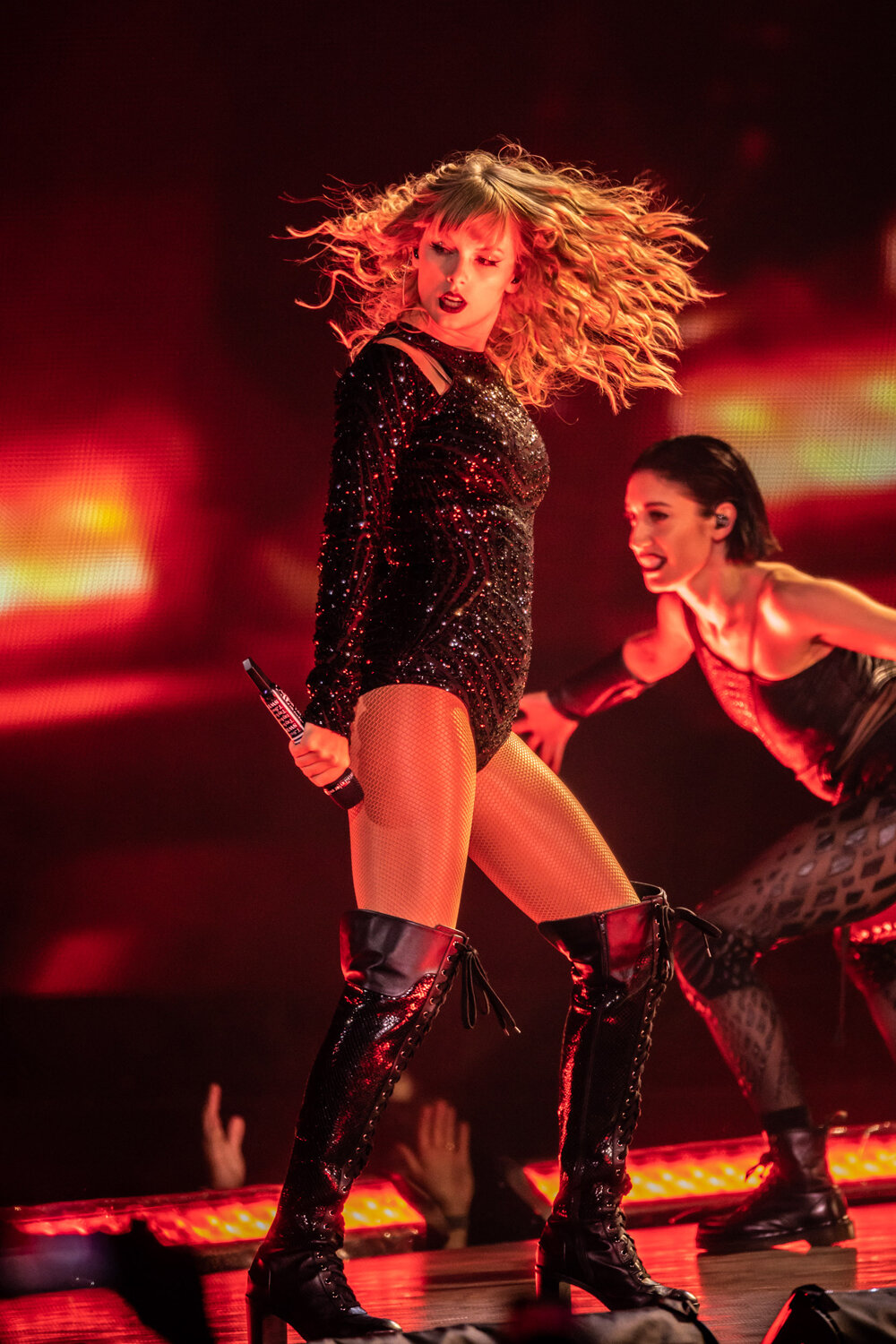 Through his nearly decade of shooting concerts, Nathan has shot some of the biggest names in music, though his favorite has always been his work with awards shows & large-scale festivals. “Awards shows are always the most fun I have shooting entertainment work. There are so many talented photographers based in the areas those shows typically take place (LA, Vegas, etc) and I’m always so thankful for the opportunity to be there. It’s a learning experience for me as well — one of my favorite parts of being a part of that type of shows is getting to learn from and build relationships with the other photographers, filmmakers, and creatives working the show. It’s humbling.”

But those larger shows require an entire team to get the shots, have them edited, and published just moments after a performance. Laura (Nathan’s wife) typically edits live, and at the largest shows, runners, (people running back and forth swapping memory cards) are provided. Once Laura has a fresh batch of cards she will get the photos prepped and send them off to the show/festival’s publishing team working behind the scenes. “To give an example of the typical process for the largest shows and festivals, I’ll typically have 2 Leica SL2 (one rented, always from Lensrentals.com) and a Leica Q2 one me, with a variety of lenses (again, rented from Lensrentals.com exclusively). From a reliability standpoint, we’ll have a runner running cards back and forth to me and Laura (my wife) backstage, where she’ll pick selects, edit, and export so that we (if we’re shooting for 901Music) or the show/festival’s publishing team (if we’re shooting for a client) can have photos up within ~5 minutes of the performance.” 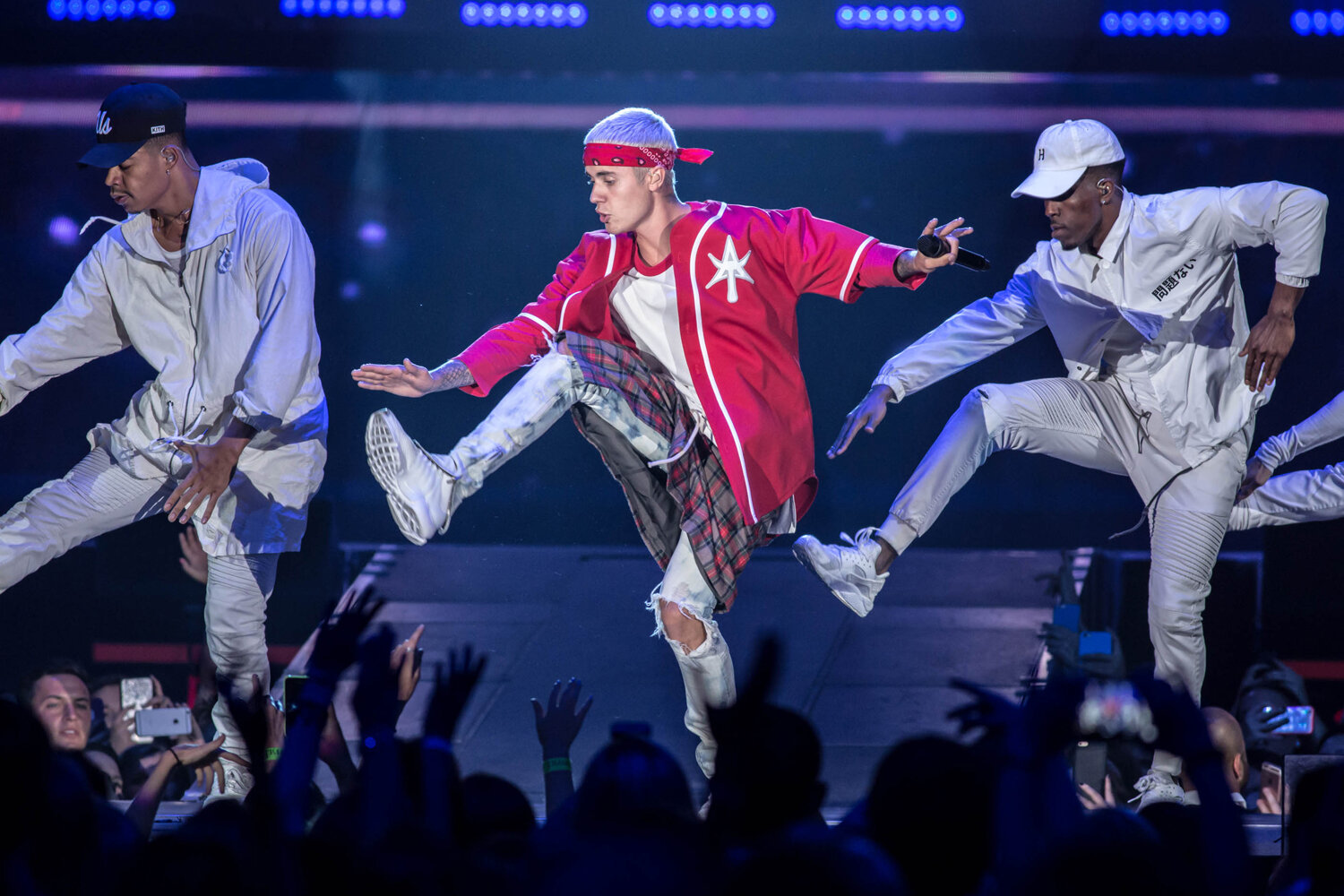 And if you’re shocked about the choice of Leica, so was I. Because of the love of the image quality, Nathan typically uses a Leica SL2 with a Leica 50mm f/2 ASPH APO-Summicron-SL Lens. Also strapped to him, is a Leica Q2 for wider shots, crowd work & backstage candid shots. For larger shows Nathan will rent an additional Leica SL2 and a variety of Leica SL lenses to cover more ground quickly. 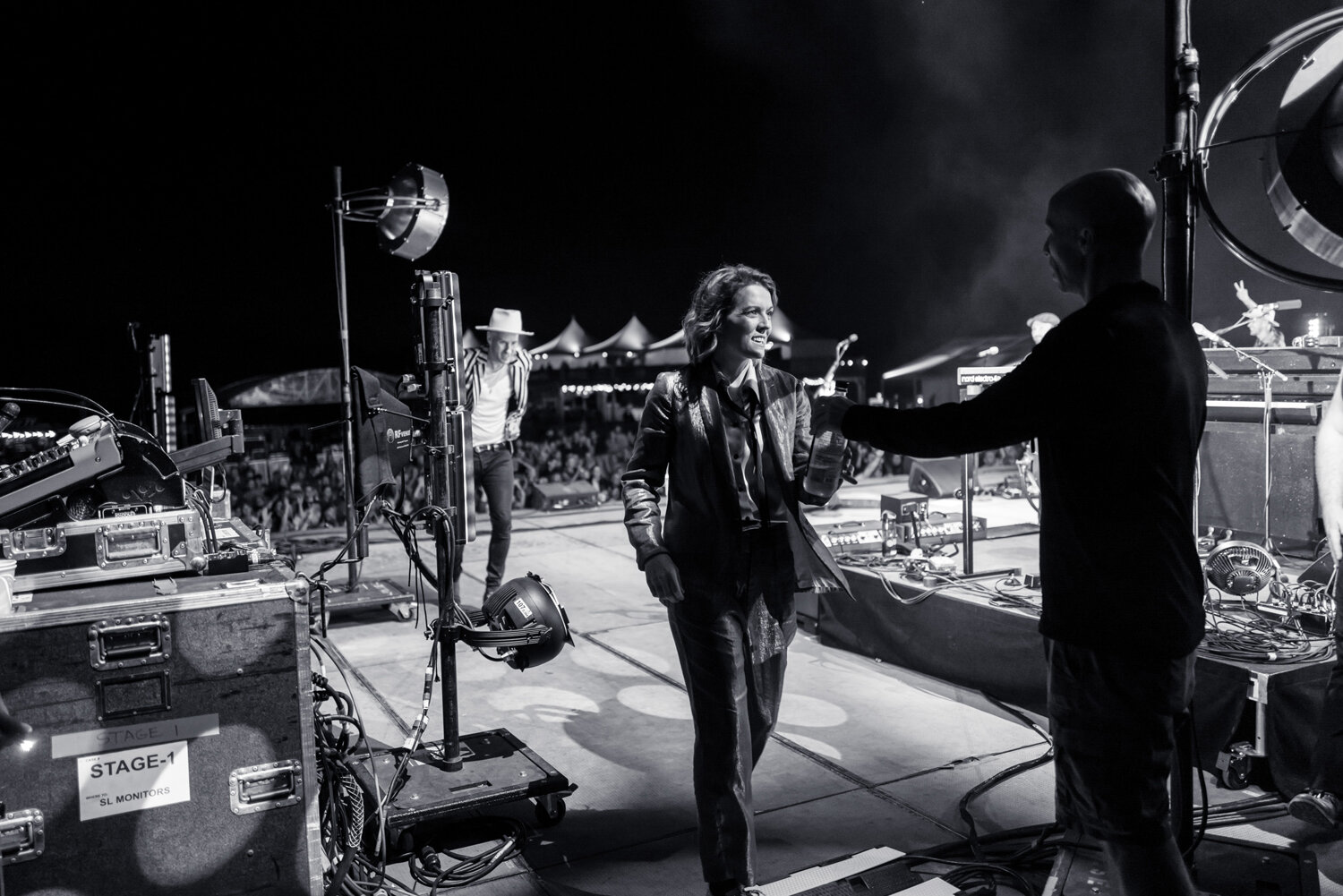 Nathan and his team’s work with Lensrentals has been long and vast. Renting anything from Aperture video lights to AlienBee strobes to full BlackMagic video cameras and other production pieces, we’re proud to have Nathan & Laura’s business as 901Music & NLA Projects grow to larger heights. Calling Lensrentals a “foundational part of our business,” we’re proud to continue working with him and his wife as shows become more and more prevalent in all of our futures. For more of Nathan’s work, be sure to check out their website, and for his latest work, give him a follow on Instagram.