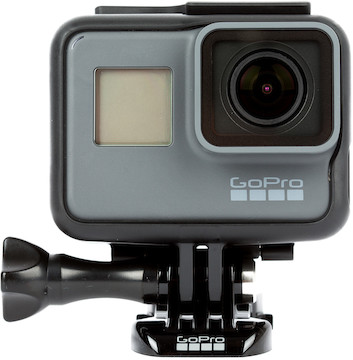 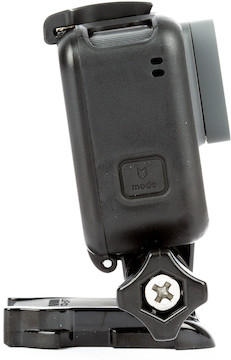 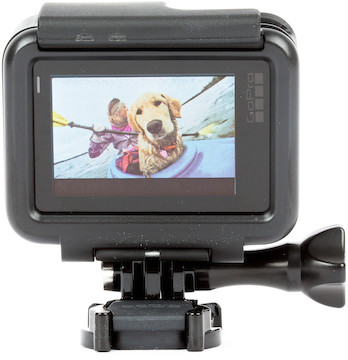 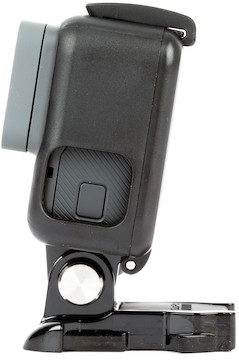 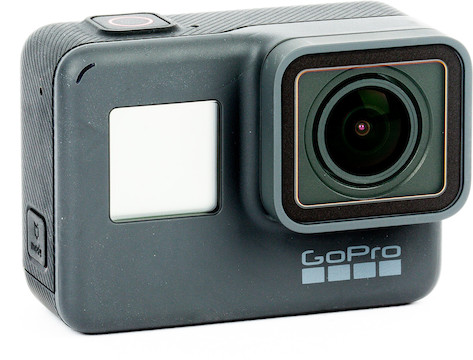 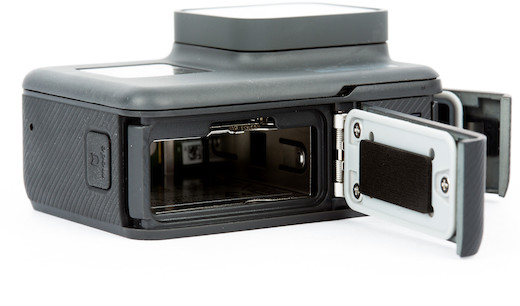 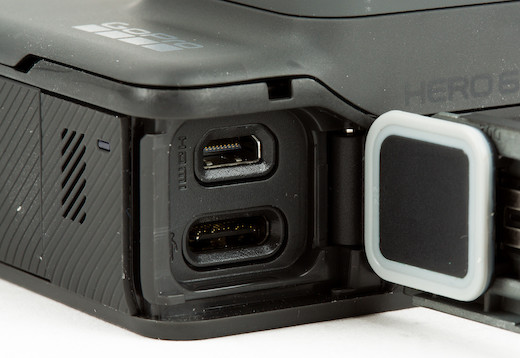 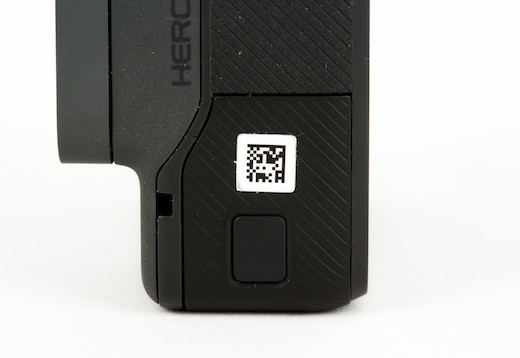 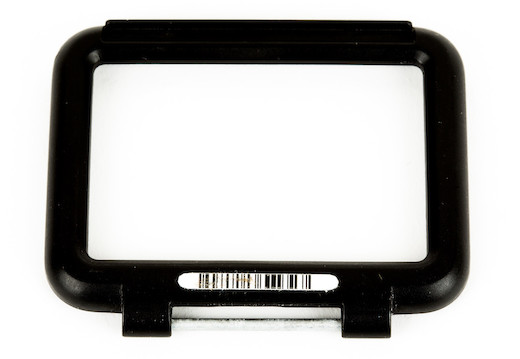 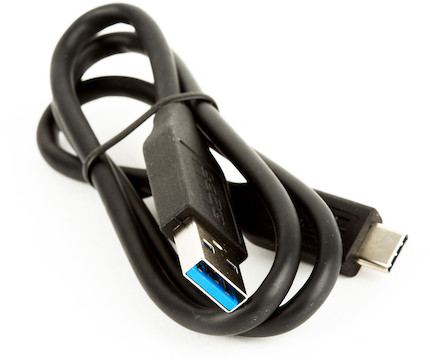 While we no longer rent this product, we do carry the GoPro HERO7 Black. You may also find alternatives in the Recommended section on the left-hand side of this page.

What’s New. The GoPro HERO6 offers a number of advancements over its predecessor, including substantially more processing power, improved image stabilization, a new digital touch-zoom feature, and faster offloading speeds, all in a familiar form factor.

More Processing Power. While the HERO6 features the same sensor as the previous-generation HERO5, it boasts an optimized GP1 image processor that’s markedly more powerful than the HERO5’s. This means you get up to 60 fps in UHD 4K, up to 120 fps in 1440p, and up to 240 fps in 1080p; a more robust dynamic range; 1080/240p slow motion; enhanced electronic image stabilization to help keep your shots steady; and improved low-light performance.

Three-Mic Audio Capture. The HERO6’s body features three microphones. In normal circumstances, the camera will process the audio they capture and create a stereo track. If adverse conditions—like high wind—start interfering with audio recording, the camera will analyze the audio captured by all three mics and automatically pick the best source to create a mono track. This gives you the cleanest audio available to the camera at any given moment.

Photo Modes. The HERO6’s faster processor lets you capture RAW photos in the proprietary .GPR format, while Wide Dynamic Range (WDR) Mode ensures your shots retain detail in scenes with dark shadows and bright highlights. Its adjustable Burst Mode can give you 30 fps bursts of 12MP photos, and its Time-Lapse Mode can shoot at intervals from 1/2 second to 1 minute for a range of different time-lapse effects.

Familiar Form Factor and Controls. The HERO6 is built on the HERO5’s body design. This means that it’s waterproof down to 33 feet without an external case, and that its rear side is dominated by a 2-inch touchscreen LCD for painless menu navigation. The included Frame adds extra protection and supports a variety of mounting options. The HERO6’s familiar 1-button interface lets you adjust settings with ease, and you can also start and stop the camera with your voice.

Auto-Exposure Tracking. The auto-exposure mode allows you to set a subject and track it, making it even easier to keep proper exposure on your subject in unpredictable situations. You also have the option of manual exposure control for situations that require greater precision.

Additional Features. The HERO6 is compatible with an assortment of GoPro apps with features such as remote camera control, live preview, easy photo editing, importing and exporting to your computer, and sharing to social media. Its 5 GHz Wi-Fi connectivity gives you substantially faster transfer times than previous-generation GoPros, and it uses the same rechargeable battery, microSD/HC/XC memory cards, and other accessories as the HERO5.