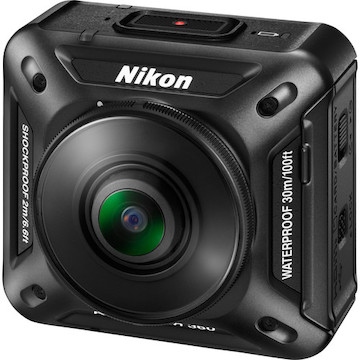 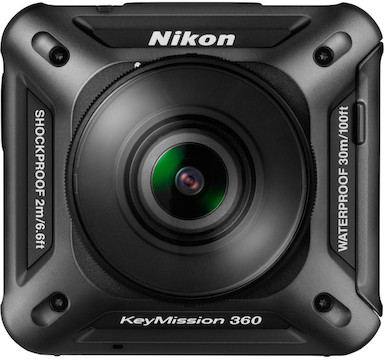 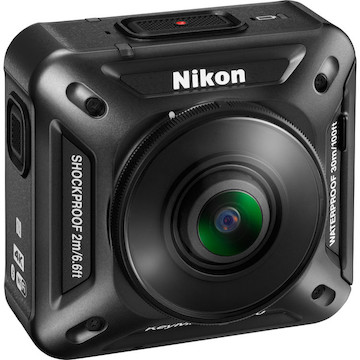 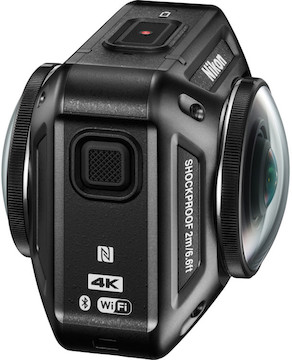 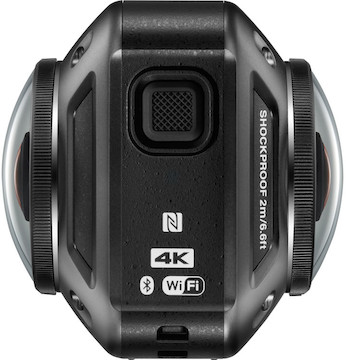 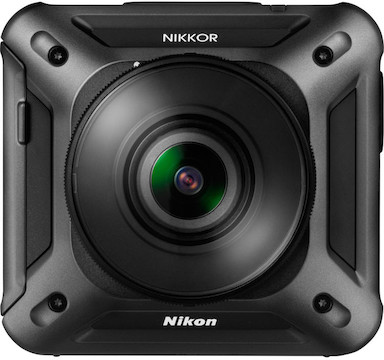 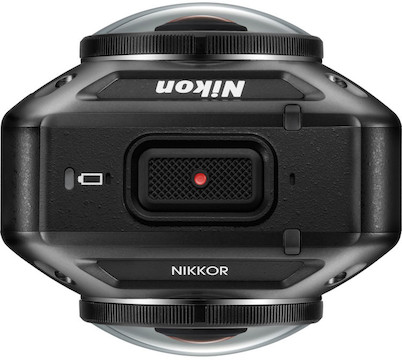 While this Nikon 360 VR camera option is no longer available for rent, here’s a link to our current selections.

VR Ready. The KeyMission’s biggest statement is simple: VR video. The KeyMission captures UHD 4K video from each of its 180° cameras, then combines the two images together to create a full 360° VR-ready image.

More On Video. The KeyMission 360 also offers HD capture at 24 fps and 960p capture at up to 30p. 1080p capture is aided by electronic Vibration Reduction, which helps smooth out your footage in the bumpy and rough environments that action cam users and thrill-seeking enthusiasts typically find themselves in.

Sensor and Optics. Under the hood, there are two 21MP 1/2.3" CMOS sensors. Both lenses are glass constructed Nikkor designs comprised of seven elements in seven groups. These lenses are super wide (8.7mm equivalent) and pretty fast (f/2 open aperture), while also being able to focus at just under one foot (11.8 inches).

Waterproof Design. The KeyMission 360 boasts a waterproof build down to 65 ft. with standard lens protectors installed. If you plan on diving deeper, you’ll need to install the underwater lens protectors (only available by request). However, please keep in mind that they don’t allow seamless 360º capture.

Other Notable Features. The camera uses built-in Wi-Fi and Bluetooth to connect to your smartphone, allowing wireless live viewing and adjustment of all camera settings. Images and video are recorded to microSDHC/XC memory cards (separate rental items), and the camera offers up to 1hr 10min record time with the included Nikon EN-EL12 battery. Battery is charged using camera with AC adapter, but we also rent the standalone Nikon MH-65 Charger separately.