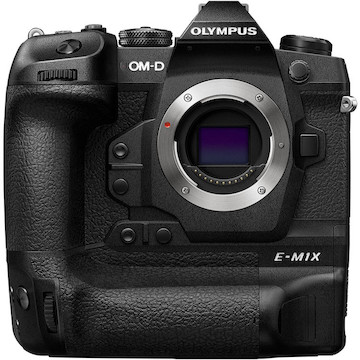 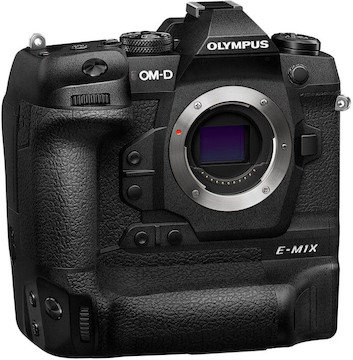 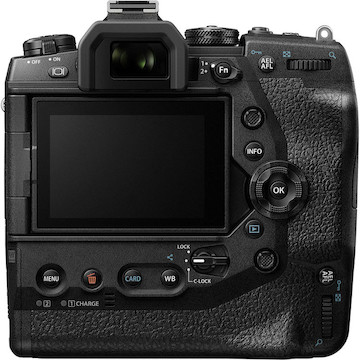 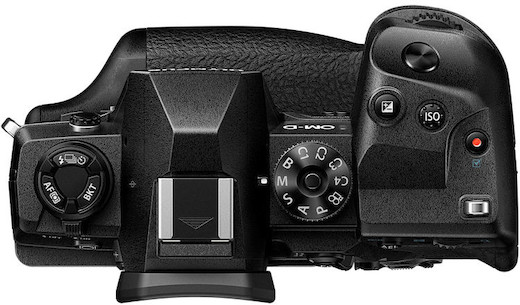 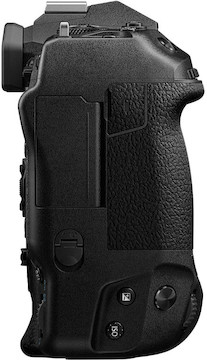 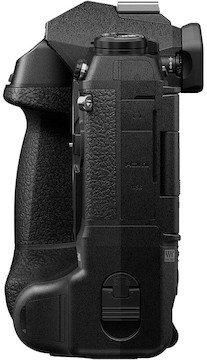 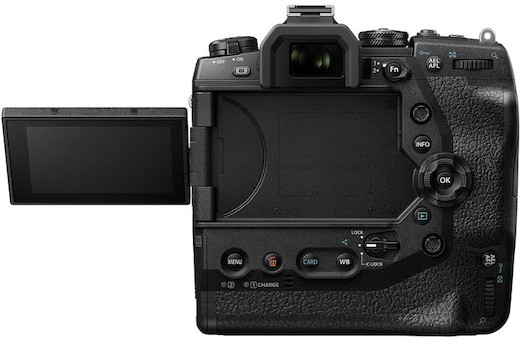 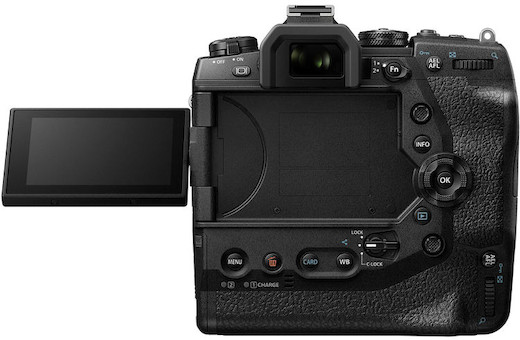 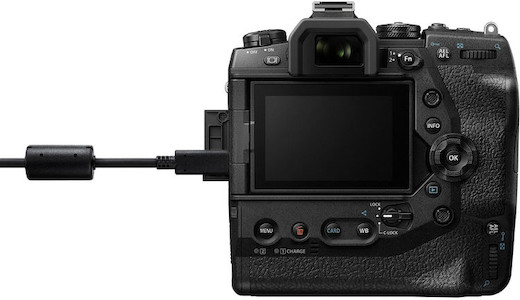 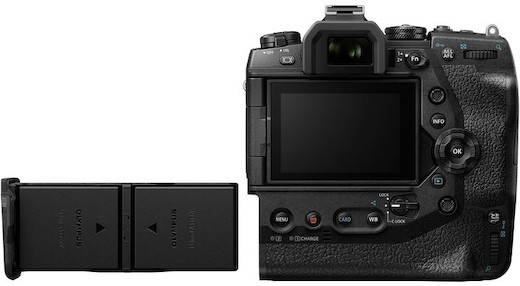 What’s Improved? While the Olympus OM-D E-M1X retains many attributes found in its predecessor, the Olympus OM-D E-M1 Mark II, it boasts a few crucial additional features. Most notably, it features an integrated vertical grip that makes for comfortable shooting while extending battery life. There are dual TruePic VIII image processors, and the body has improved weather sealing.

20.4MP Live MOS Sensor. The E-M1X offers continuous RAW shooting at 60 fps when working with the silent shutter and single-shot autofocus, and up to 18 fps using continuous autofocus. With the mechanical shutter, you can reach up to 15 fps with single-shot AF. The TruePic VIII image processors allow ISO ranges all the way up to 25,600.

4K Video. 4K video comes in both flavors, 17:9 DCI and 16:9 UHD. DCI records at a true 24.00p with a super-high 237 Mbps bit-rate, while UHD is available at 24p or 30 and 102 Mbps. There’s a built-in stereo mic to capture scratch audio, or you can use the 3.5mm external mic jack to record. There’s even a headphone jack included so you can monitor everything.

Integrated Vertical Grip. The E-M1X is the first Micro 4/3 camera with a built-in vertical grip, which makes shooting in vertical and horizontal orientations easier while holding two additional batteries for extended shooting time.

Pro Capture. Pro Capture is basically a buffering system for stills. With a half-press of the shutter button, the camera starts taking full resolution JPEGs or RAW images. A full button press saves the current image and the previous fourteen frames.

Built-In Wi-Fi. The Wi-Fi system offers simple connection to smartphones and tablets. This allows you to view and download images to the device, as well as make camera exposure and focus adjustments on the device while shooting.

Design and Features. For framing and composition, there’s a 2.36m-dot 0.83x electronic viewfinder and a 1.04m back rear LCD. The body is magnesium alloy, making it light and strong. It’s weather sealed and good in the cold down to 14°F. Images and videos are recorded to SDXC cards in dual slots, and both slots support UHS-II cards. The BLH-1 battery is rated for up to 870 shots per charge with normal settings or up to 2580 shots per charge with the Quick Sleep Mode activated.