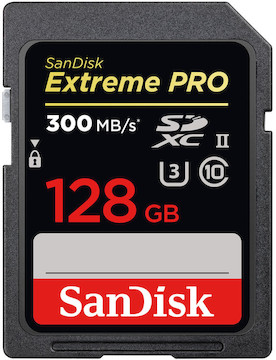 The Sandisk SDXC 128GB Extreme Pro 300MB/s UHS-II U3 is an ultra-fast memory card that’s based on the latest UHS-II standard. Key features include: