Thunderbolt 3 Speeds. Allows up to 1200 MB/s transfer speeds from CFexpress media and 500 MB/s from XQD media when used with a thunder bolt 3 supported computer. Its Thunderbolt 3 / USB Type-C connector is reversible for ease of use.

Plug and Play. This card reader works with both Macs running macOS 10.13 and later, and PCs running Windows 10 and later. Please note that macOS 10.13 or higher is required to support CFexpress cards. XQD cards are supported under Windows 10, but are not Thunderbolt 3 certified. 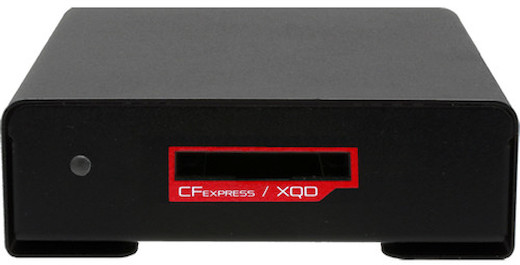