BiDirectional Converter. The Blackmagic Micro Converter BiDirectional SDI/HDMI can simultaneously convert signals between professional-grade SDI broadcast equipment and HDMI sources like computers, projectors, and big-screen TVs. It supports 3G/HD/SD-SDI video signals up to 1080p60, and can send different formats in both directions simultaneously. For example, it can simultaneously convert 1080p60 video from HDMI to SDI in one direction while converting NTSC video from SDI to HDMI in another direction.

SDI Reclocking. The Micro Converter offers reclocking on the 3G-SDI input, which reduces jitter and improves SDI eye pattern before the signal is processed. This improves performance over long cable lengths.

Power Options. The Micro Converter has a built-in micro-USB port, so you can power it via large-screen monitors, laptops, projectors, routers, and other devices. You can also power it via the included AC power supply.

Mounting Options. The Blackmagic converter box itself has no means of mounting, so we made a custom bracket that allows you to mount the converter with either male or female 1/4-20" threads. 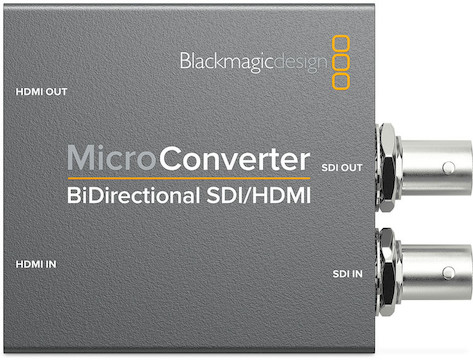 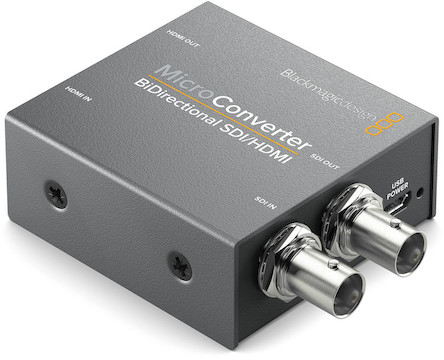 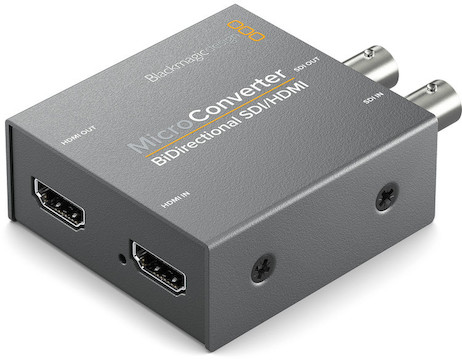