The Freefly Bush Pilot is a focus, iris, or zoom control knob that attaches to the Movi Pro MIMIC via a quick release rod clamp. Key features include:

Offers Control of Focus, Iris, or Zoom. The Freefly Bush Pilot Mimic FIZ Knob will give users control of either focus, iris, or zoom when used in concert with a Freefly Movi Pro Handheld Bundle. It includes an integrated mechanical hard stop, and the knob’s function can be quickly swapped with a single button press. Installation is as simple as mounting the knob to the 13mm quick release stud on the back of the MIMIC and plugging in the included data cable. Low power draw keeps MIMIC battery impact to a minimum.

Control 7-pin Lens Motors. The FIZ knob can be used for direct control of third party lens control motors with 7-pin data cables. We include a single Redrock Torque Motor and Freefly’s 15.75-inch Lens Motor Cable with the rental of the Bush Pilot. Additional focus motor brands currently confirmed as working by Freefly are HEDEN, Redrock, Hocus, RED and Preston. 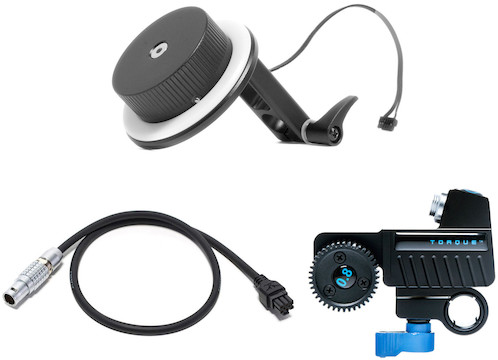