Versatile Monopod. This four-section aluminum monopod covers has a 30.7-inch minimum height and a 79.9-inch maximum height. It weighs a mere 4.6 lbs., making it easy to transport. The innovative Power-Lock flip locks are as secure as they are easy to use, and the D-shaped leg sections are built for maximum stability.

FLUIDTECH Base. The integrated FLUIDTECH base uses a single connection point and “3D” fluid cartridge to enable smooth panning and tilting. You can lock the cartridge’s vertical position so that it only moves on the 360° panning axis, giving you continuous, steady rotation.

Integrated 500-Series Fluid Head. The built-in, modified 500-Series fluid head has a -70°/+90° fluid tilt range on a counter-balanced mechanism. It has both 1/4"-20 and 3/8"-16 screws for attaching a wide variety of cameras and supports up to 11 lbs. of equipment. The included quick-release plate makes it easy to transition from monopod to handheld shooting. 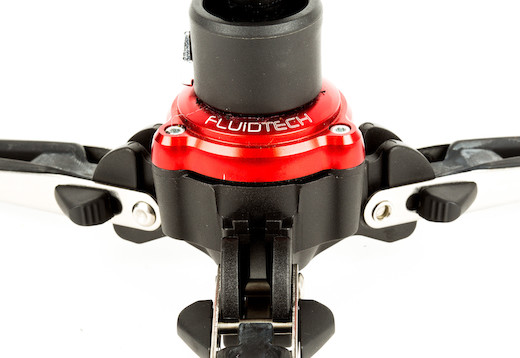 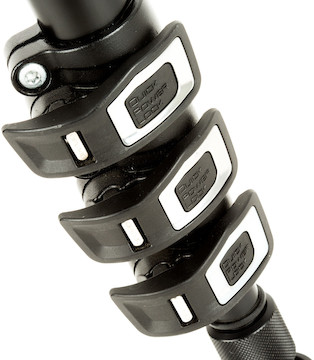 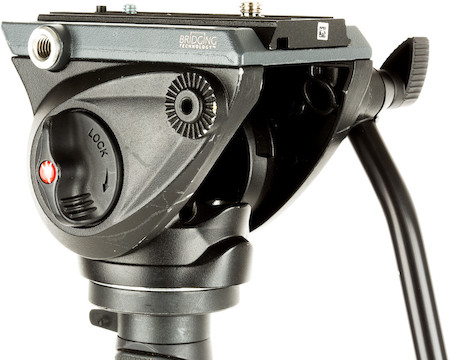