The Moza Slypod Pro is an update to the original Moza Slypod featuring longer reach and doubled speed and battery life over its predecessor. Key features include:

Whats Changed? The most notable changes to the Slypod are the improvements in speed and slider length, both of which have been doubled for nearly 2 inches per second of travel and over 20 inches of expansion. Battery life has increased to up to 5.5 hours with a 4-hour charge time, but the Slypod Pro can be used while plugged in via USB-C. A few design changes are present, but a noticeable area that hasn’t improved is load capacity, with the Pro model supporting 7 pounds less than its predecessor when used vertical (9 lbs >7 .7 lbs horizontal / 20 lbs > 13.2 lbs vertical).

Slider + Monopod = Slypod. The Moza Slypod Pro combines a short, 26-inch monopod with an integrated, motorized boom extension that can move at 1.57 inches per second to a fully extended length of 54 inches.

Onboard & Wireless Control. Slider movement can be controlled with buttons near the grip or with iOS or Android apps running the Moza Master control app. Users can have control over speed, repeatable movements, and even time-lapse functions. Please note that time-lapse functions will require additional camera control cables (not included).

Built-In Battery. The Slypod can run for over 5 continuous hours on a single charge, and the internal battery is recharged with a USB Type-C cable and USB power brick or laptop.

Mounting Options. This rental includes a simple quick-release ball head with 1/4"-20 & 3/8"-16 screws for mounting your camera. The Slypod itself has an attachment point for horizontally mounting the slider on a fluid head for jib-like moves. 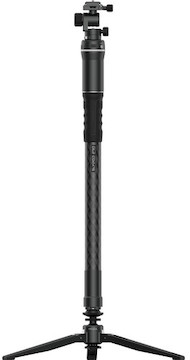 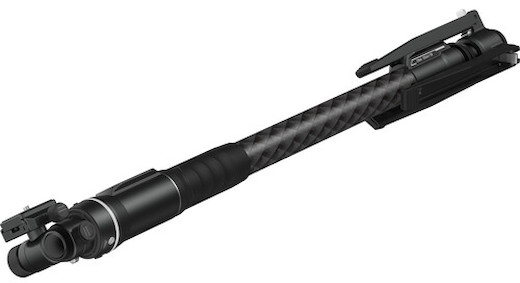 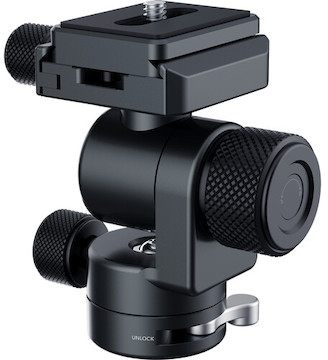