The Panasonic Lumix DC-LX100 II is an advanced, large-sensor, point-and-shoot camera and an upgrade to the previous-gen Lumix DC-LX100. Key features include:

What’s New? The Panasonic Lumix DC-LX100 II shares many of its popular predecessor’s specs and features, but it also offers a range of notable improvements to that camera. It boasts an upgraded 17MP 4/3-inch MOS sensor, a more vivid LCD with touchscreen functionality, new 4K photo modes, and 4K video capture at 24p/30p.

17MP 4/3-Inch MOS Sensor. This large 17MP sensor outputs images with a maximum effective resolution of 17MP in the 4:3 ratio. Thanks to this larger-than-normal sensor, the LX100 II offers great low-light performance with an extended ISO range of 100-25,600.

4K Video and Photo. Inheriting the same Venus Engine from the LX100, the LX100 II offers 3840 × 2160 4K Ultra HD video recording at 30 or 24 fps in MP4 format. When 4K isn’t necessary, you can also capture Full HD 1080p video at 60 or 30 fps in MP4 or AVCHD formats. There’s a built-in stereo mic for quick audio capture. There’s no external mic input, though, so you’ll have to record higher-quality audio externally. Please note that for 4K capture, you must use a memory card that’s UHS-I Class 3 or faster.

Manual Controls. There are physical dials/rings for quick manual adjustment of shutter speed, aperture, focus, and exposure compensation. You also have multiple programmable buttons that can be customized to suit your needs.

Other Notable Features. The built-in Wi-Fi and Bluetooth provide wireless control and viewing options via the free Panasonic Image App. You can get up to 11 fps burst shooting using the mechanical shutter and 40 fps in electronic shutter mode. The built-in EVF means there’s no pop-up flash, but a small removable flash is included. Images are recorded to SDHC/XC memory cards (remember, UHS-I Class 3 or faster for 4K video), and the rechargeable battery is rated for 300 shots per charge. 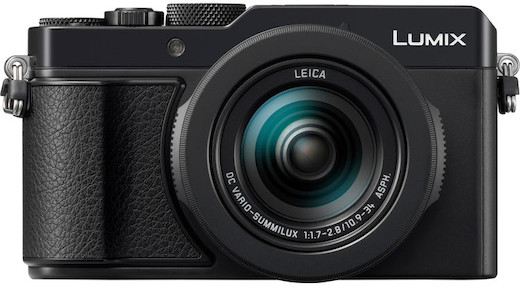 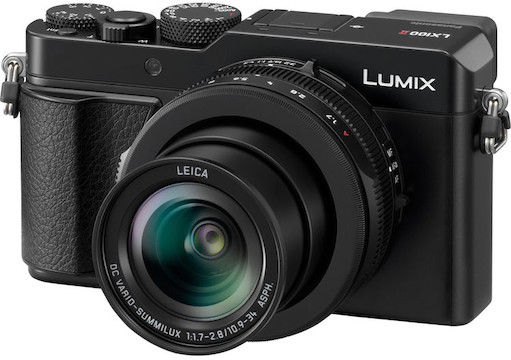 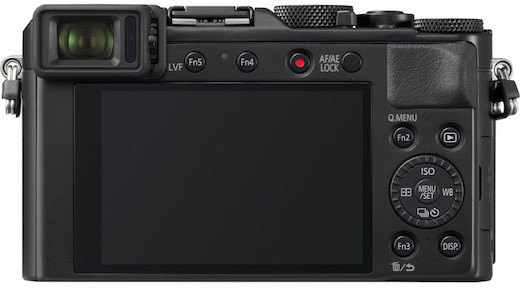 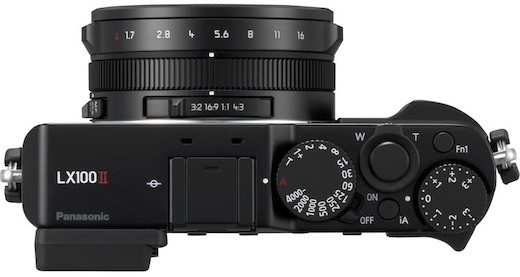 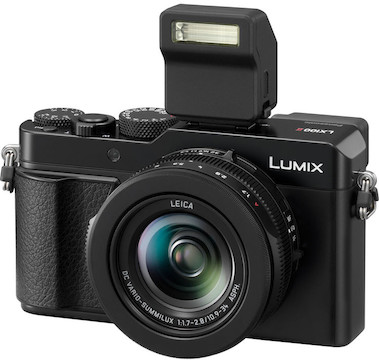 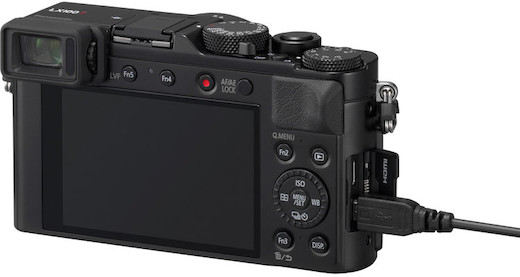