The Profoto A1X AirTTL-F Studio Light for Fuji is an easy-to-use, professional-quality on- and off-camera flash. Key features include:

What’s Changed. The Profoto A1X AirTTL-F Studio Light for Fuji offers some notable improvements over the A1 (though this is the first model compatible with Fuji.) First up, a more powerful battery provides 450 full-power pops instead of the 350 on the A1. Said battery also drops the max recycle time from 1.2 down to 1 second flat. While the original A1 had a paltry 8 wireless channels, the A1X steps up to 20 channels. Finally, the user interface has been updated to match the B10’s new hotness. Looking for an updated version of the A1X? We also carry the A10 here.

Professional-Quality Compact Flash. Don’t let the A1X AirTTL-F Studio Light’s compact build fool you—it’s a Profoto light through and through. Its round 2.75-inch tilting and rotating head produces stunning, natural-looking light with soft, gradual fall-off. It boasts an LED modeling light to help you set up your shots, and a built-in magnetic mount that lets you easily install, uninstall, and stack the included dome diffuser and bounce card. The head’s auto-zoom covers focal lengths from 32 to 105mm.

The A1X is a superlative on-camera flash, but it also excels in off-camera applications. Its built-in transceiver means you can use it with A1, A1X, B1, B1X, and B10 strobes. Any Air Remote wireless controller can trigger the A1X at up to 1,000 feet, and the Air Sync will let you wirelessly trigger the A1X, and adjust its power, grouping, channel-selection, and modeling-light settings. Better yet, the built-in AirTTL lets you use the A1X to easily connect to and control other Profoto flashes. 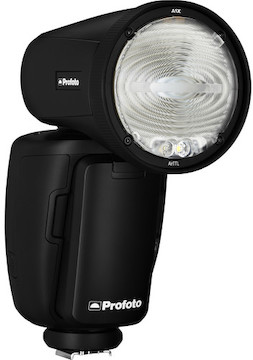 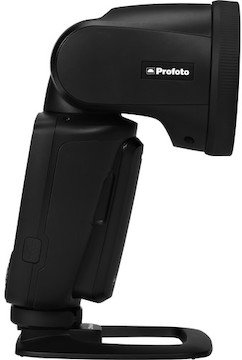