The Saramonic Blink 500 Pro B1 Wireless Omni Lav System is a simple, affordable wireless mic system with a lav mic built into the TX and a wired lav mic included for greater versatility. Key features include:

Transmitter and Mic In One. Unlike traditional body pack transmitters that require a wired, external mic, the Saramonic Blink 500 Pro B1 Wireless transmitter houses an omnidirectional condenser microphone for a single, compact wireless mic solution that captures broadcast-grade sound in an ultra-small form factor. An OLED screen allows for quick changes to settings.

Clip-On Design. The Blink 500 Pro’s clip design makes it versatile for content creators that desire simplicity. The small, fixed clip allows the RX to clip directly to a camera strap or slide into a cold shoe an the TX to be clipped directly to the talent’s clothing eliminating the headache of trying to hide mic cables or the need for waistbands.

Wired Lav Included. If a more discreet mic solution is needed, a lavalier microphone is included. The omnidirectional mic can be attached via clip to a lapel or taped under clothing for hidden on-camera mic needs.

Internal Battery & Charging Case. Both the receiver and the transmitter have an internal rechargeable battery that will power them for up to eight hours. A charging case makes charging the internal batteries simple and can fill a battery in about three hours. 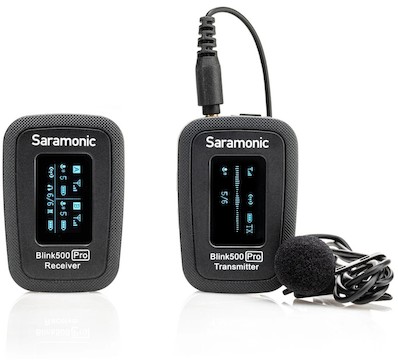 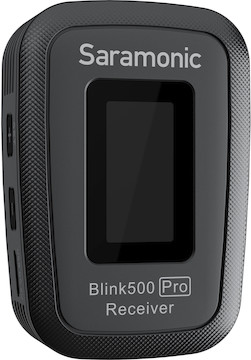 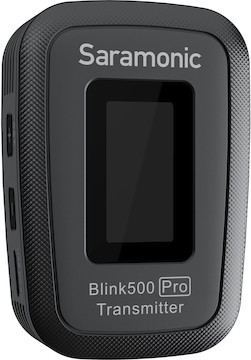 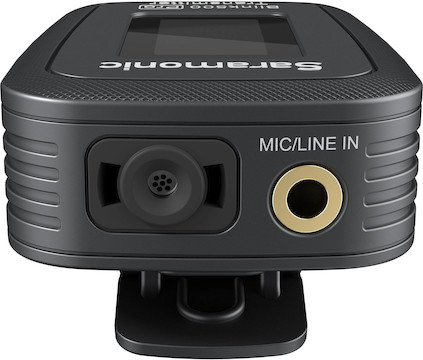 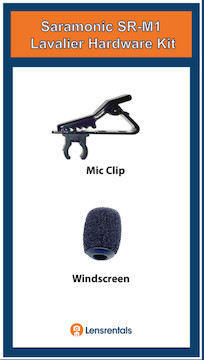