The Behringer X Air XR18 Tablet-Controlled Digital Mixer is an 18-channel, 12-bus digital mixer and stage box with built in pre-amps that can be controlled via Wi-Fi by mobile devices running the mixer’s app. Key features include:

High-Quality Preamps. Midas preamps are provided for all 16 combo jacks giving users high quality gain with very low noise. Midas has been making quality products since the 70’s, so you can trust them with your recording project.

Wireless Control. This 2U sized digital stagebox does not have on-board mixing controls, but you get a variety of control when connecting a mobile device or PC via 2.4 GHz Wi-Fi or wired Ethernet (ethernet cable not included). Behringer offers both iOS and Android apps. The XR18 provides it’s own Wi-Fi access point so a wireless router is not required. 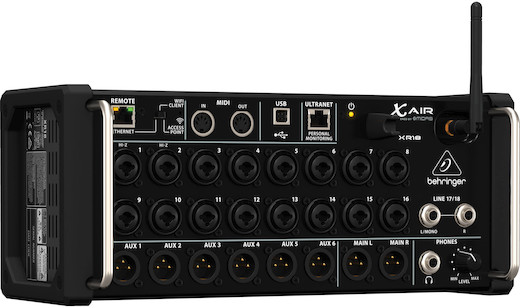 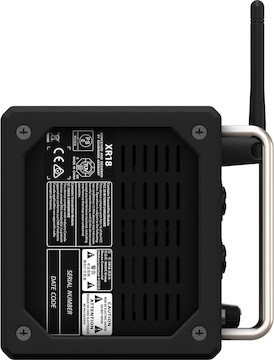 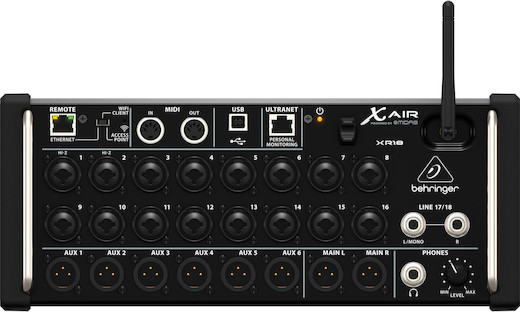 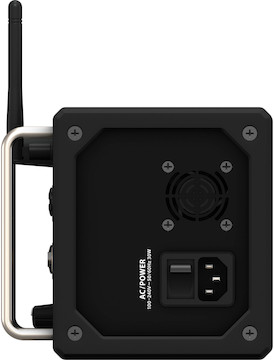