This is a six-pack of the SanDisk 256GB Extreme PRO 525MB/s CFast 2.0, an ultra-fast memory card designed for 4K video cameras that use the CFast 2.0 format. Key features include:

Durable Construction. This memory card has an operating temperature of 23° to 158°F, so you can use it in a variety of adverse weather conditions. 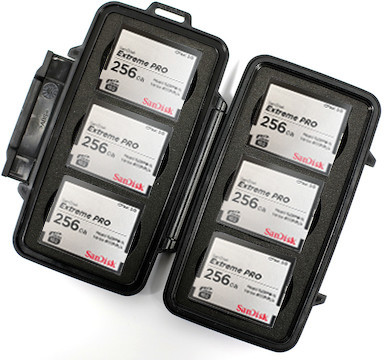