This is a six-pack of the SanDisk 128GB Extreme Pro 170MB/s UHS-1 U3 SDXC, a SD memory card that’s designed for capturing both still and video files. Key features include: 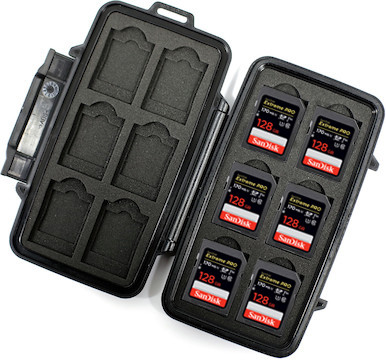