The Sandisk UHS-1 microSDXC 128GB Extreme U3 A2 is a microSD memory card that’s designed for capturing both still and video files, including 4K. Key features include:

160MB/s Read and 90MB/s Write. This card’s App Performance Class 2 (A2) rating substantially boosts its read speed for even faster performance than its predecessors. The fast read and write speeds allow large amounts of data to be transferred to and from the card with minimal bottleneck. Additionally, the accelerated minimum sustained write speeds prevent dropouts and stuttering, making it well-suited for 4K, 3D, and Full HD video recording. 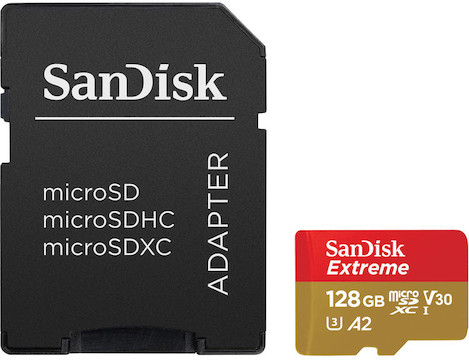