The Sandisk UHS-1 microSDXC 64GB Extreme U3 A2 is a microSD memory card that’s designed for capturing both still and video files, including 4K. Key features include:

Not an SDXC Card. This is a microSDXC memory card. If you’re looking for a standard SDHC/XC memory card, click here. 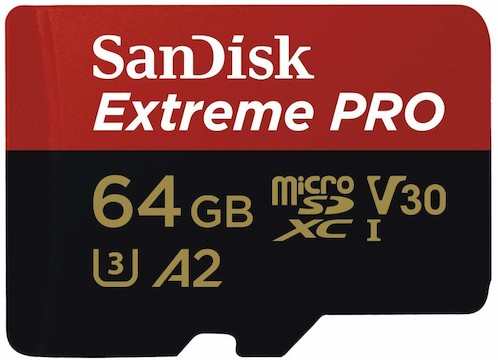