The Shure VP83F LensHopper Shotgun Microphone with Audio Recorder combines all the features of VP83 camera-mountable shotgun mic with a self-contained audio recorder and a dedicated headphone jack. Key features include:

Focused Pickup Pattern. The Shure VP83F’s shotgun mic uses a focused supercardioid/lobar polar pattern, which means it captures audio from sources directly in front of it while attenuating parts of the sound being captured at its periphery. It’s sensitive condenser capsule and low-noise electronics give you detailed, low-hiss audio capture compared to most cameras’ built-in mics.

Integrated Audio Recorder. The VP83F’s built-in audio recorder can capture 24-bit / 48 kHz WAV files to a microSDHC card while simultaneously recording the VP83F’s output to your camera. In fact, the VP83F will keep recording even if your audio cable gets disconnected or your camera settings aren’t configured correctly. You can get up to 64 hours of recording time on 32GB microSDHC card—the highest capacity memory card that this recorder accepts. You can use a separately available SD card adapter or USB adapter to transfer time-stamped and titled WAVs to a computer.

Low-Cut Filter. You can activate the VP83F’s low-cut filter to roll off bass frequencies from ambient sources such as HVAC systems and traffic while maintaining high- and mid-range frequencies to keep your recordings intelligible.

Mic-Gain and Camera-Output Levels. The VP83F’s discrete mic-gain and camera-output level controls help keep your recording settings noise- and distortion-free. You can apply up to 60 dB of mic gain in 1 dB increments, and choose from three camera output volume settings—high gain (0 dB) for cameras with low-gain preamps, medium gain (-20 dB) for most cameras, or low gain (-40 dB) for cameras with sensitive preamps.

Separate 3.5mm Headphone and Camera Outputs. A detachable coiled cable is included with this rental so that you can connect the VP83F’s main output to your camera. The cable’s 3.5mm TRS plug is wired in dual mono, which delivers the mic signal identically to both input channels on your camera or portable recorder. You can plug headphones into the dedicated volume-adjustable 3.5mm headphone output for convenient real-time monitoring of your signal.

Shock Mount and Windscreen. The VP83F uses a built-in Rycote Lyre shock mount to prevent unwanted thumping sounds caused by vibrations when you’re shooting on the move. There’s a camera-shoe mount with a 1/4"-20 thread on the bottom of the shock mount for easy attachment to your camera or tripod. A foam windscreen cuts back on noise from fans, air conditioners, heaters, wind, and other ambient sound sources.

Battery Powered. This recorder is powered by two AA batteries, which are not included with this rental. They’ll keep the VP83F running for up to ten hours, and the battery light will start flashing to alert you once there are fifteen minutes of run time remaining. 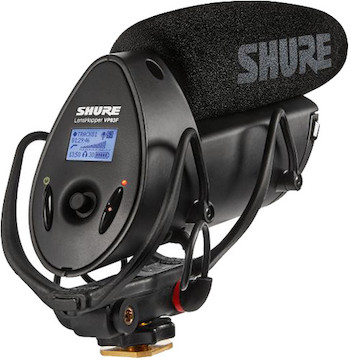 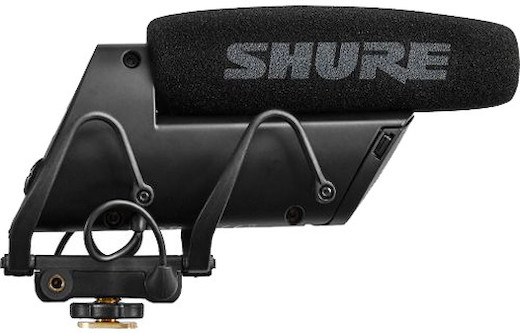 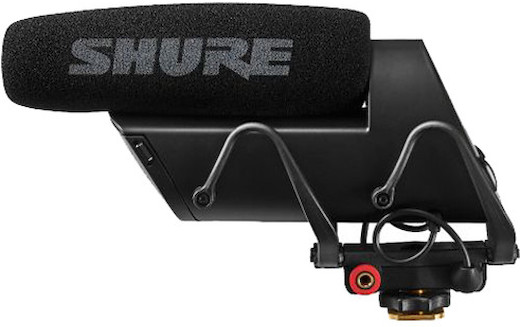 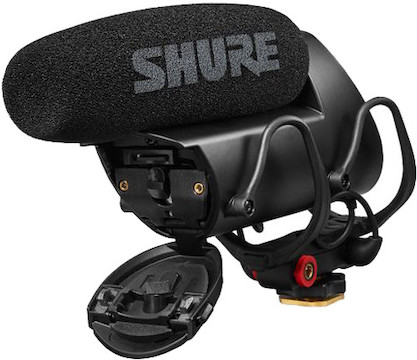 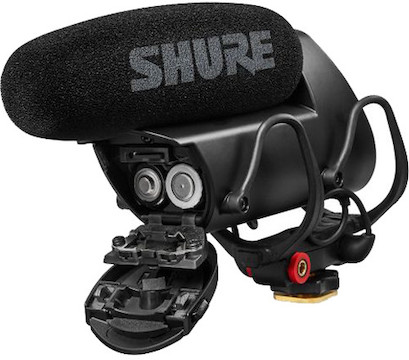