Supports 4K Recording. The XQD 2.0 format fully supports 4K video capture, providing up to 40 minutes of 4K XAVC Intra 422 @ 60p (600Mbps). Actual recording time may vary depending on camcorder model, but this card provides constant two-way communication between camera and card so you get stable recording without taking a speed hit.

Reliable Storage. While CompactFlash memory cards use a multiple-pin interface, the XQD format adopts a variation of the PCIe computer interface. This means no bent pins or warped pin holes, making the format much more reliable. 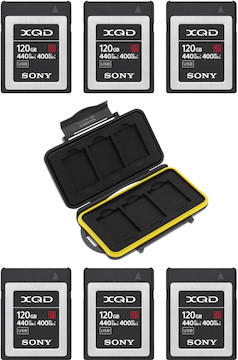