High-Quality Optics. Like its predecessor, the 300 f/2.8G II provides high-contrast images with very smooth background blur. Its optics have been tweaked to further reduce spherical aberration, while its three ED elements help to minimize chromatic aberration at wide apertures.

Advanced Focusing System. It has an internal focusing system that allows the lens to stay the same dimension at all focus distances, with two DMF focus modes for quick manual-focus tweaks. It still has the four focus-hold buttons seen on the original, as well as the focus limit switch with programmable near/far distances for customizing performance.

Durable Construction. Its magnesium construction is substantial yet lightweight, and both the front and back of the lens and focus ring offer weather sealing for shooting in less-than-favorable conditions.


The original Sony 300 f/2.8 is one of favorite supertelephoto lenses, every bit as good as the Canon and Nikon counterparts. Why did Sony update it? I’m not sure, but to be honest this version is...

The original Sony 300 f/2.8 is one of favorite supertelephoto lenses, every bit as good as the Canon and Nikon counterparts. Why did Sony update it? I’m not sure, but to be honest this version isn’t all that different from the first one. Good thing we like it so much.

Oh, and just like the previous version, don’t lose the lens hood. It costs $1,100 to replace! No, I’m not kidding. 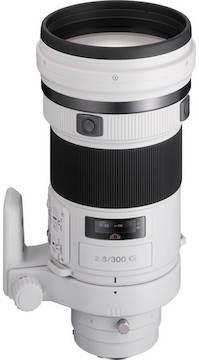 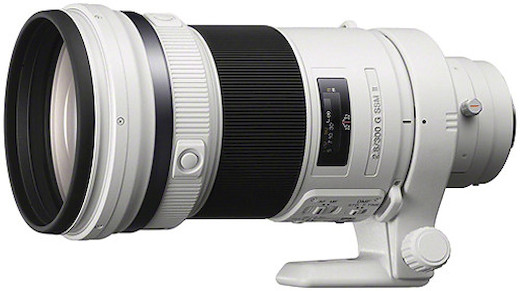 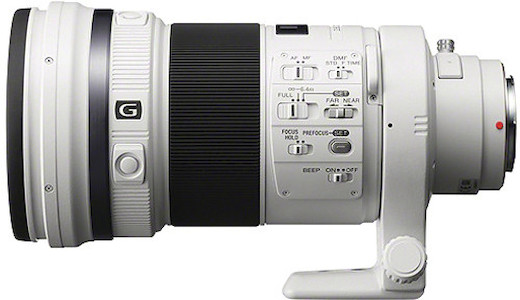