The Sony Alpha a9 II is a premium, full-frame mirrorless camera that offers extremely fast performance. It’s an update to the popular Sony Alpha a9. Key features include:

24.2MP Full-Frame RS Stacked CMOS Sensor. This advanced sensor was carried over from the original a9. It gives you quick readout speeds, and lets you record uncompressed 14-bit RAW files for accurate color reproduction and post-production flexibility. Its back-illuminated design keeps image quality clean in a wide range of lighting conditions.

Updated BIONZ X Image Processor. This high-speed processor works with the CMOS sensor to keep up with fast-paced shooting applications. You can shoot up to 20 fps for up to 361 consecutive JPEGs or 239 RAW frames, while the quick 1/32,000 sec. top electronic shutter speed lets you capture fast-moving subjects and work in bright light. The processor performs up to 60 AF/AE functions per second to go along with 20 fps shooting, while the shutter and electronic viewfinder make blackout-free monitoring possible.

693-Point Phase-Detection Autofocus. The updated 693-point phase-detection/425-area contrast-detection autofocus system covers 93% of the image area and gives you faster, more precise autofocusing than the a9. This density of focus points enables High-Density Tracking AF technology, which is great for tracking moving subjects in an array of lighting conditions. The a9 II’s updated autofocus algorithms help you maintain focus on fast, erratic, and unpredictable subjects. The Expand Flexible Spot feature uses neighboring focus points to stay focused on fast-moving subjects even if the original point loses focus. Eye AF lets you base focusing on a familiar subject’s eyes, making this camera great for portraiture, while Focus Magnification emphasizes minute details. The a9 II retains its predecessor’s AF Point joystick and dedicated AF On button.

Five-Axis SteadyShot INSIDE Image Stabilization. The updated SteadyShot INSIDE image-stabilization system offers up to 5.5 stops of correction on to any lens mounted. This system compensates for five types of camera shake, including angular shake (pitch and yaw), shift shake (X and Y axes), and rotational shake (roll). All five stabilization axes are constantly engaged, even when you’re using third-party lenses, adapters, or lenses with their own built-in image stabilization.

High-Res EVF and Tilting Rear Touchscreen LCD. The built-in 3.69M-dot quad-VGA OLED Tru-Finder gives you a clear and bright live preview of what the sensor sees with 100% frame coverage. You can also use the tilting 3.0-inch 1.44M-dot rear touchscreen LCD for image composition and review when shooting at arm’s length.

UHD 4K Video Capture. The a9 II can capture UHD 4K video in multiple frame rates up to 30 fps, which is oversampled 2.4-fold from 6K footage to ensure that there’s no pixel-binning or line skipping. It can also capture Full HD 1080p at up to 120 fps. Both 4K and Full HD resolutions use 100 Mbps XAVC S format in an MP4 wrapper with 4:2:0 sampling. In addition to these high-resolution internal-recording options, the a9 II offers uncompressed 4:2:2 video output via an HDMI connection. You can store a frame grab from a 4K recording as an 8MP still.

Improved Body Design. The a9 II’s durable magnesium-alloy body is similar to the a9’s, but it feels more substantial and features improved dust and moisture sealing for shooting in less-than-ideal conditions. This camera features a slightly deeper grip than the a9, which makes it easier to use with larger, heavier lenses. You also get reconfigured, more direct controls for ease of use, and dual UHS-II compatible SD card slots for flexible file-storage options.

Other Notable Features. New to the a9 II are an Ethernet port that’s been updated to 1000BASE-T speed, voice memos, and the ability to store up to ten sets of both FTP and camera settings via the Imaging Edge mobile app. There’s an NTSC/PAL-switchable Slow and Quick Motion mode, hot-shoe and PC-terminal external-flash connections, and built-in Wi-Fi and Bluetooth capabilities for wireless image sharing and camera control. Rounding all this out is the NP-FZ100 Battery, which is rated for up to 500 shots per charge with the EVF or up to 690 shots per charge with the rear LCD. 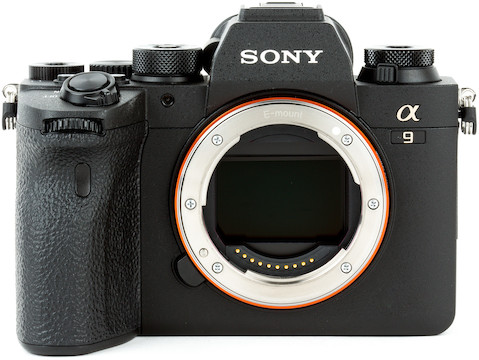 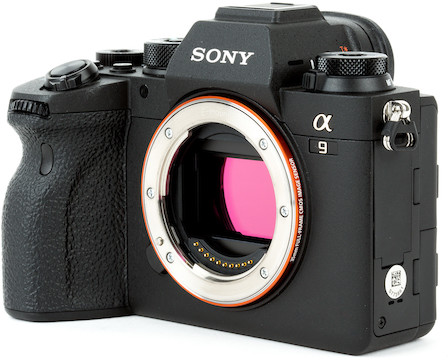 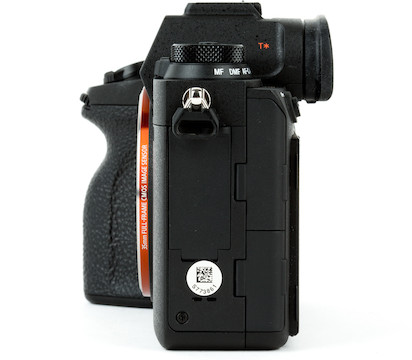 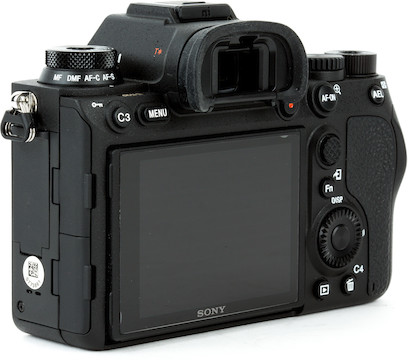 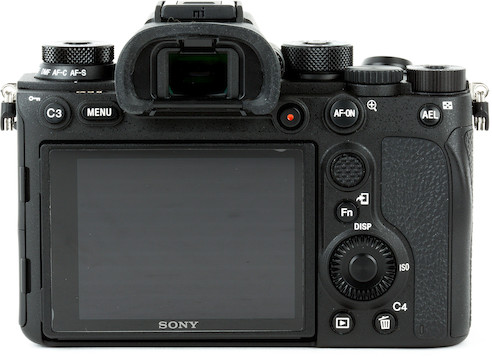 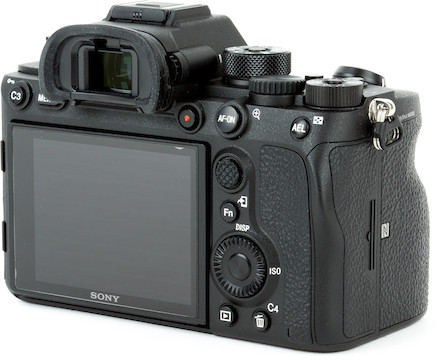 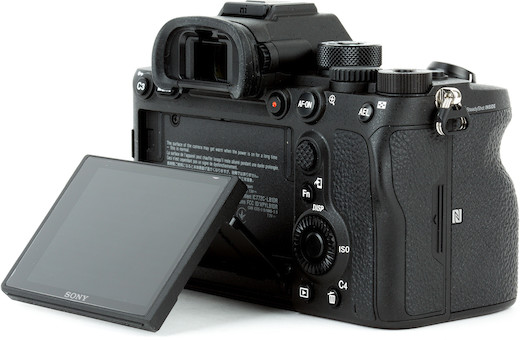 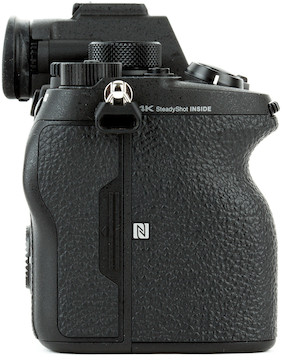 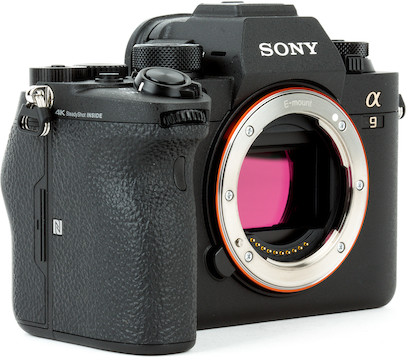 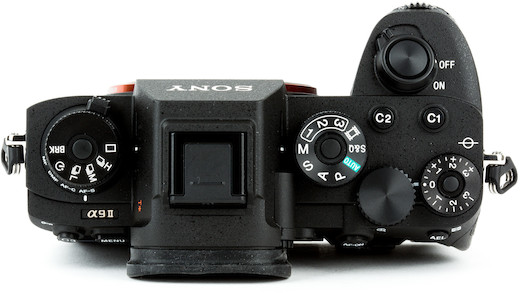 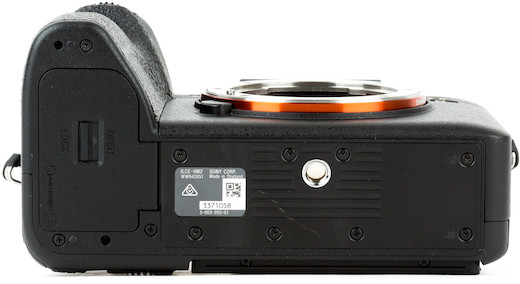 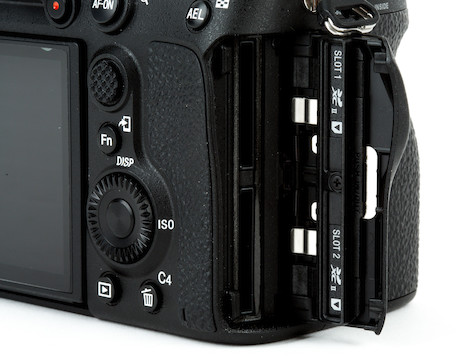