The Sony AXS-R7 External 4K RAW Recorder is a high quality recorder for the Sony VENICE 6K Digital Motion Picture Camera that captures up to 16-bit RAW to AXSM A Series media. Key features include:

High-Speed Recording. This recorder can support RAW and X-OCN recording in 6K/60 fps & 4K/120 fps. Please note that not all AXS media supports these resolutions and frame rates and that additional paid upgrades may be required. If you have questions, please contact us.

30-Second Cache Recording. Never miss a moment of action with a full thirty seconds of cached footage that can be saved at the touch of a button to RAW and X-OCN formats.

Simple Installation. This recorder attaches directly to the rear of a Sony Venice via the four hex screws at the corners of the battery plate. This rental does not include the necessary hardware to connect this recorder to other CineAlta cameras. 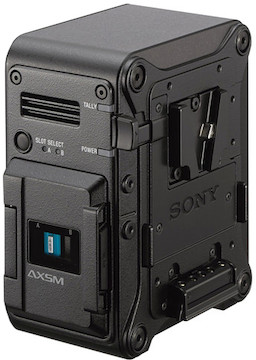