USB 3.0 Enabled. This card reader has a USB 3.0 connection, allowing transfer speeds to top out at the G Series memory cards’ max of 400MB/s or 440MB/s, depending on the model.

Limited Compatibility. This memory card reader doesn’t work with any XQD cards other than the Sony G Series cards. You can find some of our compatible cards under Recommended on the left-hand side of this page. For a more flexible XQD reader, consider the Sony XQD USB 3.0 Reader, which doubles as an SD and XQD card reader. 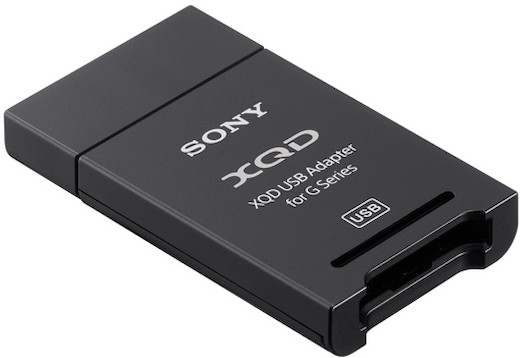