Power. The shoe adapter’s power is provided by a MI shoe connector on a compatible Sony camera. Wireless receiver on/off status can be controlled by the attached camera.

Audio Mixing. Incoming audio can be mixed and adjusted right from the lav receiver’s menu.

Compatibility. This adapter works great with the Sony PXW-FS7M2 and PXW-Z280. 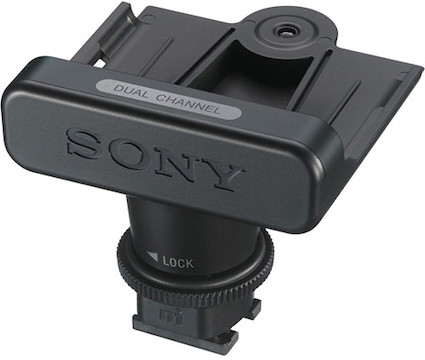