The Sony Alpha NEX-6 is a full-featured compact mirrorless camera housing a 16.1MP APS-C sized CMOS sensor with integrated hybrid autofocus system. Utilizing both 99 phase detection and 25 contrast detection AF points, the NEX-6 provides fast, accurate performance in both still and video shooting. With an ISO range of 100-25,600, it provides the user with extreme flexibility in a variety of lighting situations. It shoots full HD 1080P video at up to 60fps, with the option to shoot in the more “cinematic” 24fps if desired, It records in the AVCHD codec with a max clip length of 29 minutes, and features a built-in stereo mic for in-camera audio recording.

The NEX-6 inherits the high resolution OLED electronic viewfinder from its big brother the NEX-7 and also offers a 3.0" 921K-pixel tilt-able rear LCD for shooting at extreme angles. One huge improvement with the NEX-6 is the new standard ISO hot shoe which allows compatibility with not only third-party flashes, but a wide variety of strobe triggers and accessories that where previously unavailable for use with NEX cameras. In the hot shoe, Sony included a row of specialty contacts for communicating with future accessories for advanced operation, yet still made it compatible with the industry standard (TWO HUGE THUMBS UP!!!).

The NEX-6 also sees the addition of built-in WiFi connectivity through Sony’s PlayMemories apps for iOS and Android smartphones / tablets. These various apps allow users to install additional functions to the camera such as wireless image transfer and wireless remote shutter release via live preview.

The NEX-6 uses both the same battery and memory card format, allowing previous users smooth transition to their latest model. It’s rated for approximately 270 shots per charge using the EVF, and 360 shots for the rear LCD.

Please Note: The NEX-6 is not compatibile with previous generation Auto-Lock flashes without using an adapter. We do not rent this adapter.


I’ve been a Sony NEX fan for a while now. I was an early adopter of the NEX-5 and loved it while I had it. The NEX-6 is everything I was hoping Sony would add to the NEX line. The built-in viewf...

I’ve been a Sony NEX fan for a while now. I was an early adopter of the NEX-5 and loved it while I had it. The NEX-6 is everything I was hoping Sony would add to the NEX line. The built-in viewfinder is quite good, resolution is plenty for most shooting needs, and ISO performance is among the best in class. If you don’t need the extra resolution the NEX-7 offers, the NEX-6 is a fantastic choice. 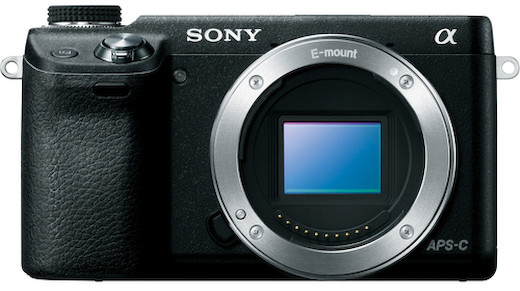