The StarTech USB 3.0 SSD Drive Adapter Cable is a quick and easy “card reader” for downloading video from SSDs onto your computer. Key features include:

Works With 2.5-inch Drives. While we’re the StarTech USB 3.0 SSD Drive Adapter Cable for downloading video from SSDs onto your computer, it can also access traditional spinning 2.5-inch hard drives. The StarTech has support for SATA I, II, and III speeds (1.5 Gbps, 3 Gbps, 6 Gbps) and works with both PCs and Macs.

Bus Powered. The StarTech USB 3.0 is just an adapter cable. It doesn’t provide its own power to the drive and instead draws from the computer’s USB port. 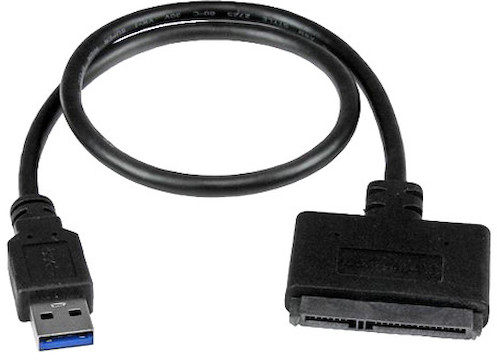