The Zoom H2n is a compact, feature-rich audio field recorder that doubles as a four-in/two-out USB audio interface. Key features include:

Streamlined Controls. The Zoom H2n’s streamlined control layout places a large record button on the front of the recorder, a jog dial/transport control on one side, and a volume control on the other. There’s a large, 1.8-inch backlit LCD that makes navigation and monitoring a snap, and the analog-type mic gain wheel allows for fine tuning on the fly.

High-Quality Audio. Two file-type options, WAV (up to 24-bit/96kHz) and MP3 (up to 320kbps), give users options based on their needs. It records to SD and SDHC memory cards with up to 32GB capacities.

Input/Output Options. The standard 3.5mm mic/line input provides an external connection for microphones, instruments, and other sound sources, while the 3.5mm headphone/line output lets you connect headphones, small external speakers, and other devices.

Audio Interface. The H2n doubles as a four-in/two-out class-compliant USB audio interface, and you can use it as a USB mic for podcasting or VoIP chats. It can record directly to your DAW at 44.1 or 48 kHz and 16-bit resolution.

Additional Features. The H2n is powered by two AA batteries (available here as a separate rental item), which provide up to twenty hours of operation, and its high-speed USB 2.0 port lets you quickly transfer your files to your Mac or PC. 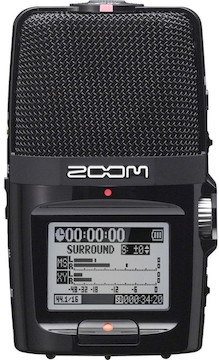 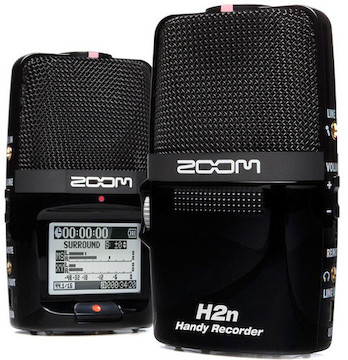 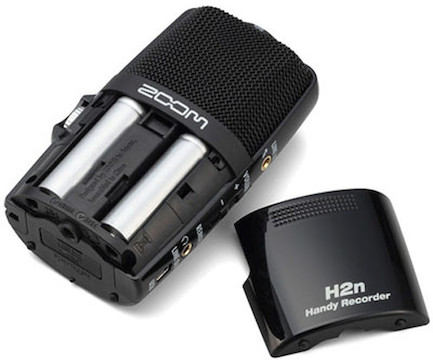 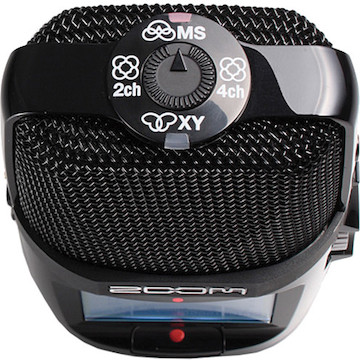 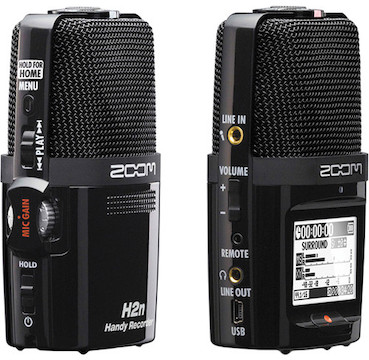