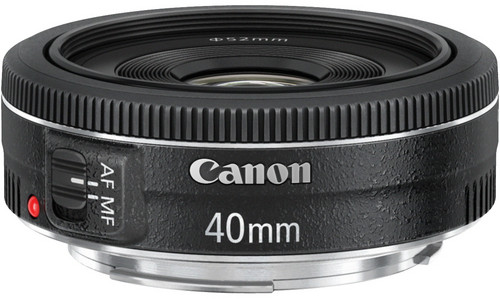 We got our first batch of the Canon 40mm f/2.8 pancake lenses in today and, as with all new lenses, I had to run them through Imatest to establish our acceptable standards for the lens. Let me start by saying I had low expectations. I don’t particularly like pancake lenses except on tiny cameras. They’re usually compromises between size and image quality and I’m an image quality guy, mostly. And, come on, it’s a $200 lens. But duty calls, so test them I must.

My first impression was the build quality was better than I expected. It has a metal mount, not plastic. The aperture blades appear more curved than most of the Canon 7 blade aperture rings, making a more circular opening. The little STM motor is not silent, but it’s pretty quiet. It’s also not lightning fast (as expected) but autofocus is certainly quicker than a Canon 85mm f/1.2 lens. And it’s amazingly tiny — the rear lens cap is about half as big as the lens. So far, so good, if the image quality doesn’t suck too bad.

As always, these are Imatest MTF 50 results, so they reflect the performance at about 12 feet distance in our lab. Infinity and close-up results could be different to some degree. But the little 40mm has amazingly good numbers. To give some perspective, I’ve put it in a table with results for some other f/2.8 lenses. The higher number is MTF 50 at the center point, the lower number is average across the entire lens front measured at 20 points.

You can see the average number is really excellent, which is especially surprising since pancakes often have poor corners. This is sooo not the case here that I’ll show you a graphed printout of a typical copy. Notice it retains excellent sharpness right out to the absolute corners on a 5D II. 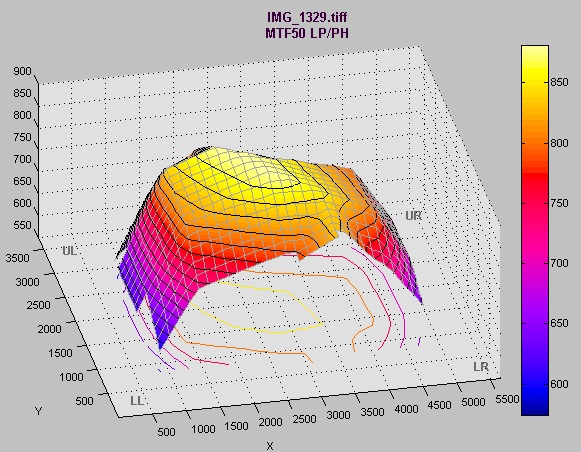 One thing I have to note: the results were VERY consistent. We only had a dozen copies to test but there was  little lens-to-lens variation. As a rule pancake lenses don’t have lots of optical calibration adjustments inside, so they may depend on the manufacturing tolerances of the housing more than most lenses. Take this with a bit of a grain of salt, though, all the copies we tested were close in serial number, so there could be more variation when we get another dozen copies.

The 40mm f/2.8 lens is near peak sharpness wide open. The graph below shows 8 copies I tested at both f/2.8 and f/5.6. There’s only a slight increase in sharpness (I’m not certain that difference would be visible in a photograph, it’s within 5 SQF points.) That’s wonderful, but I want to point out that a lot of lenses that do improve stopped down (like the 3 in the table above) would ending up being sharper than the 40mm at f/4 or f/5.6. 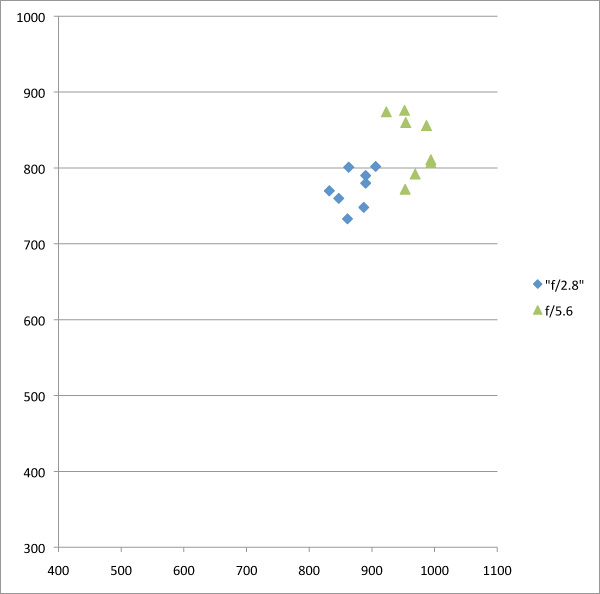 The only other comment I have about the little lens is that manually focusing, while possible, is rather difficult: the focusing ring is really thin and I found a fingernail moves it better than my whole fingertip. Mostly, though, it has a small range so a tiny movement can move the focus a lot. But then, one of the main purposes of this lens was to provide smooth video autofocusing.

Overall, though, I’m extremely impressed. I’d be impressed if a lens this size and price was just decent, but this one is excellent. I might as well go ahead and get in trouble with the business manager: if you think you want this lens, just go ahead and buy it. At this price, unless some of the more thorough reviewers find something I missed on this quick overview, you can’t go wrong.