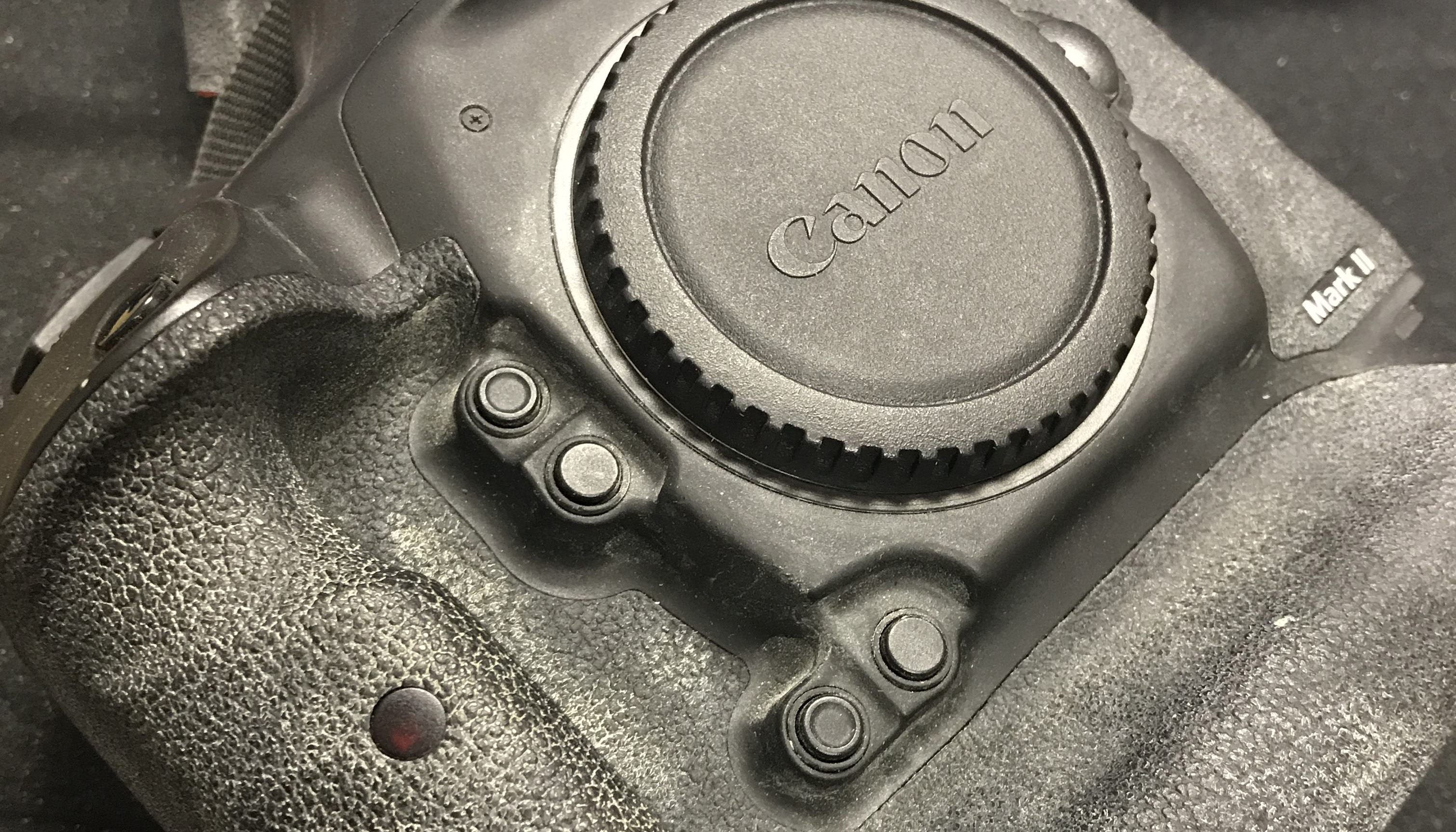 Each year around this time, we’re faced with what we call a ‘doomsday’ event within the office; where dozens of our camera, lenses and other gear arrive back from rental orders, destroyed by the environment. And while our customer base is amazing, and often accept their repairs and replacement costs to the destroyed gear, each year, the same thing happens. So this year, we decided to take a different approach, and plea – Please don’t bring our camera gear to Burning Man.

Burning Man is an annual event and art installation that takes place each year in the deserts of Nevada. With over 60,000 people in attendance each year, Burning Man has become one of the most popular events among creatives, looking to find inspiration in their work. It has also been a favorite place where people look to document the experience, and as a result, come home with destroyed cameras and lenses.

Despite the warnings from articles scattered around the internet, as well as warnings from Burning Man themselves, people each year attempt to take camera equipment to Burning Man. Many will prep, covering their cameras with gaff tape, plastic bags, and filters, but there is no failsafe to the damage that can be done to cameras and lenses alike. Events like Burning Man are why we have a neglect clause within our rental agreement, though each year, we do have a few pieces of gear that have obviously arrived back from Burning Man.  We have a talented repair department, and these things happen, but we wanted to share with you why Burning Man, in particular, is so rough on equipment.

One would think that the biggest concern when going to Burning Man would be the sand from the desert in which it is held. While the sand is a menace and will jam up a zoom lens in no time, the biggest concern is actually the dust. One of the more interesting phenomena that happen during Burning Man are the dust storms. Thes dust storms occur erratically and with little warning, kicking up the fine dust buried within the sand and quickly causes damage to your electronics, your skin, and your lungs.

But dust storms aren’t the only potential damage your camera might endure; you also run into water damage – or more particularly, sweat damage. Last year, temperatures at Burning Man were over 100°F (38°C). This level of heat causes people to sweat, and when you’re sweating with a camera hanging around your neck all day, some of that sweat is bound to get into the internals of the camera. As we’ve talked about before – water isn’t good for electronics, but what is the real killer is the impurities within the water – and in particular, salt. Salt builds up on electronics, is a conductor of electricity, and will fry electronics in no time. A topic Roger discussed last year with his Sony a7sII Teardown.

While it’s easy to heed a warning, it’s much more effective when we put together a few examples. So here are some of the returns we’ve seen from Burning Man in previous years. 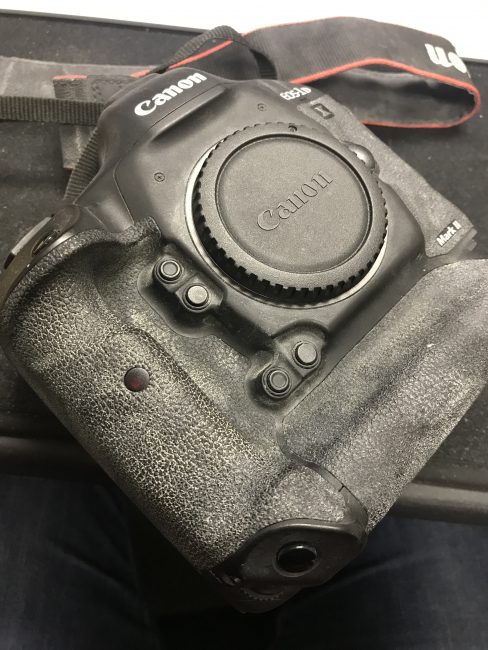 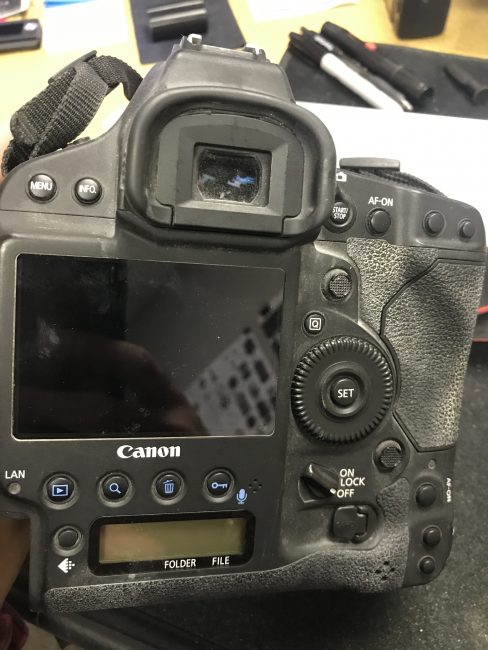 I know what you’re thinking, the Canon 1DX Mark II is the camera choice for the Nat Geo photographers climbing to the summits of Everest, and the cameras that are snapping photos in front of photojournalists travel to war ravished cities. But while the Canon 1DX Mark II is built for abuse, it doesn’t mean it’s impenetrable to that abuse. This Canon 1DX Mark II was sent back to us after a Burning Man trip, and needed a full inspection and cleaning from Canon. The cost was a few hundred dollars, but despite claims of ‘weatherproof’, the dust still found its way into the camera system. 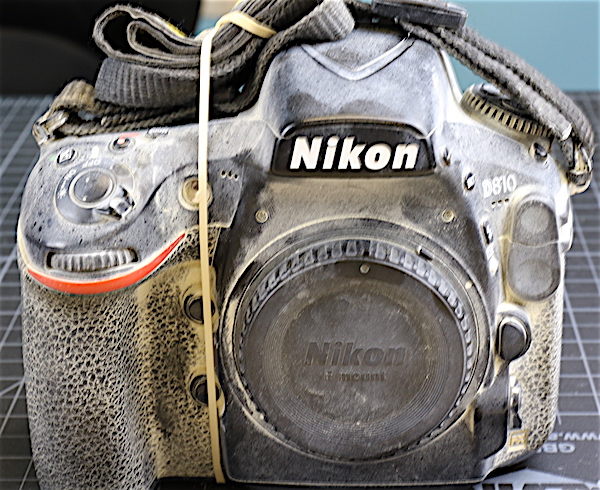 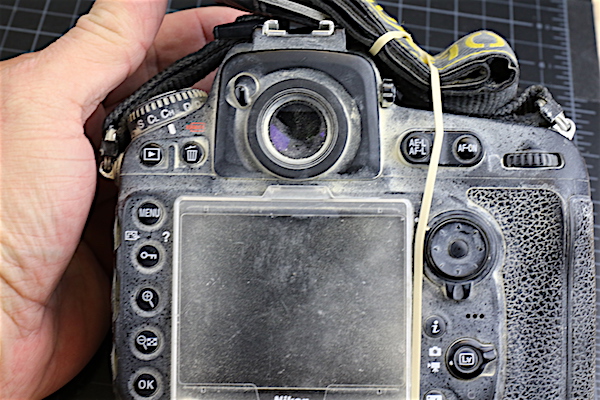 You may recognize this Nikon D810 from a post Roger did a couple years ago, where he needed to take it apart for cleaning and inspection. Not only was the outside of the camera caked in dust and dirt, but the insides of it were as well. After a full teardown and cleaning the camera was able to pass all of the tests and make its way back into the rental program. But not without a couple hundred dollars being charged to the customer for the servicing. 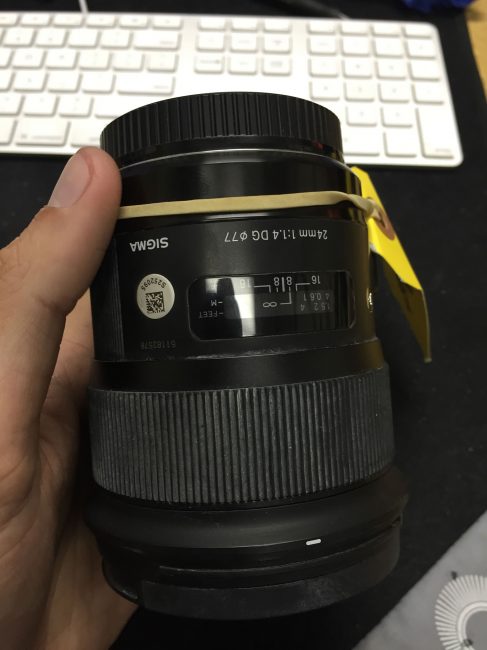 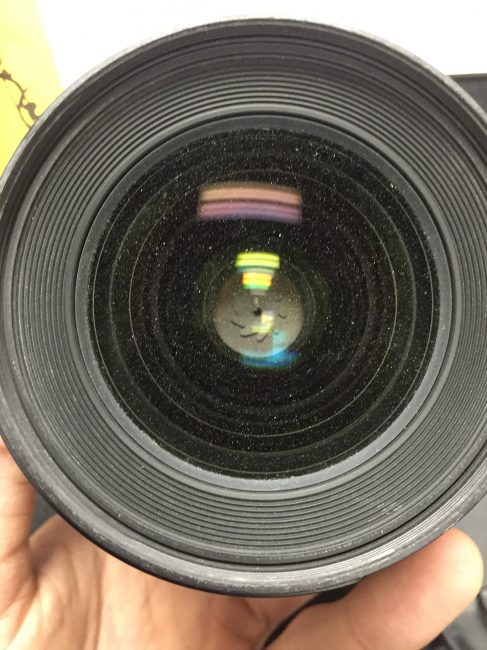 This Sigma 24mm Art Series came back to us a few days after Burning Man and had some of the dust to prove it. Repairs on the lens included a full replacement of the housing and lens grouping directly from Sigma, bringing the damage to $235. 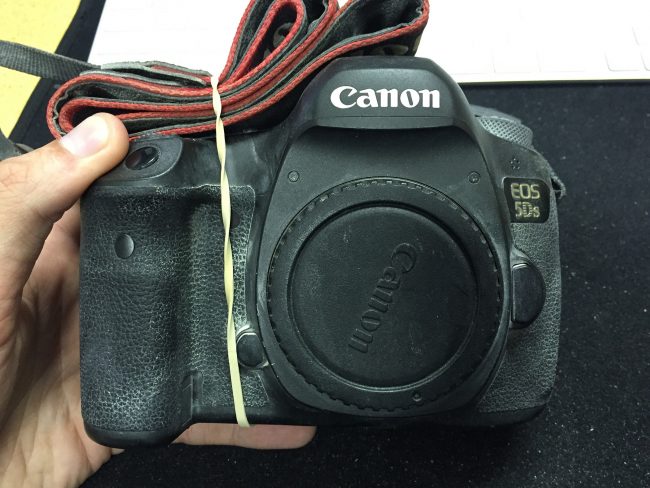 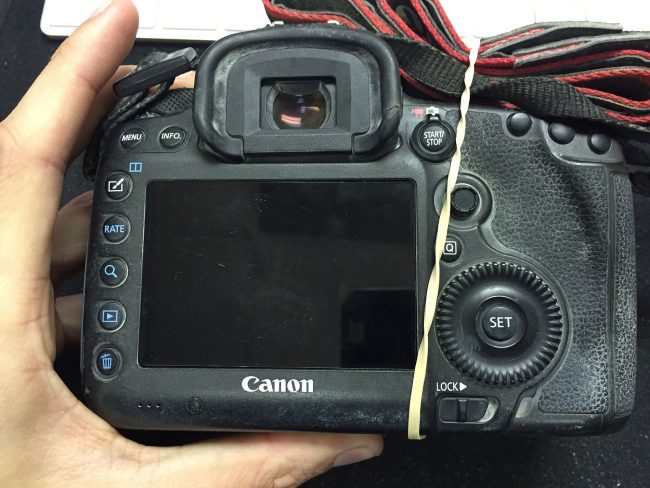 This Canon 5Ds came back and required a full cleaning from our repair department. The process is long and tedious and resulted in over an hour of disassembling and cleaning of the insides and out.

If you do take a camera to Burning Man, please know and accept it will be damaged by the event. For every one of the “My friend Steve brought his camera and it was fine” stories, ten stories end in heartbreak.

While many blogs may follow up the damage with tips on how to better weather seal your camera, we’re a little more cynical. With an entire repair department working on thousands of pieces of gear, we’ve learned that weather-sealing is a bit of a marketing tool, and not really indicative of any real standardized meaning. And while plastic bags, waterproof kits, and gaff tape may help, it isn’t a failproof solution, so our best alternative for you is to just purchase what you need for Burning Man, and recognize the risk.

This also gives us the proper segue to recommend our purchase site. We have a used marketplace where all the gear is inspected, cleaned, and then rated on an easy-to-understand scale. This is where our rental equipment usually ends up after a few months in the system. You’re able to get well-maintained and inspected gear, at a fraction of their new cost.

We recognize that sometimes mistakes happen, and try to make these posts be in good light, while also making you ill with our photos of damaged equipment. If you do damage the gear rented from us, that’s not a problem. Just send it back, and we’ll contact you when it is received, with a repair cost. Our repair department is highly skilled and always preferred over people trying to fix it themselves before sending back. Damaged gear happens, which is why we offer insurance solutions like LensCap. And while our insurance system is excellent, it doesn’t cover neglect like that shown above.

Do you have some gear you brought along with you to Burning Man? Share some photos and your stories in the comments below.