For full disclosure, I have worked with Profoto for several years as a professional photographer, and am sponsored with them through their ‘Legends of Light’ program. That said, I wasn’t paid or encouraged in any way to write this article – in fact, Profoto doesn’t even know I’m writing it. Nor did I receive any of these products for writing this article or any other article. Still, in the interest of fairness, I am looking at these lights as technically as possible, and emploring scientific processes on all my tests – and will show my notes at the end.

Additionally, there are always variances with these kinds of testings. When testing battery packs, flash power, and so on, there is a number of things that can change the output (flashtube life/battery life for example). So all these tests were done with these variances in mind. If I got a weird reading on the power output of a flash (I didn’t) I would retest the flash. If I got a weird reading on battery life (again, I didn’t), I’d retest the battery. However, I did want to make it aware that these variances exist, and so take all numbers and testing with a grain of salt.

For ease, I decided to limit my testing to just three Profoto Strobes – the Profoto B1X, the Profoto B10, and the Profoto B10+. The methodology for this was simple – they all share a lot of similar aspects to them. For starters, they all are battery-powered units, with hot-swappable batteries mounted on the side. Secondly, they all contain the same features – Built-in TTL, High-Speed Sync, Air Remote Support, and plenty of power. But let’s go through the basics, with a table highlighting each light and the features they have.

So immediately looking at the table can raise a few questions. First, I always have a fundamental issue with strobe lights being measured in Watt/seconds, simply because the wattage is a measure of electricity and not actual brightness. A common analogy would be horsepower and cars. While 400hp might seem like a lot, it’s not a lot if you’re working with a semi-truck and not a two-door sports car. Efficiency is just as important, and so we’re going to start with the measure of power, using figured and real-life examples that will hopefully be a bit more expressive in this comparison. 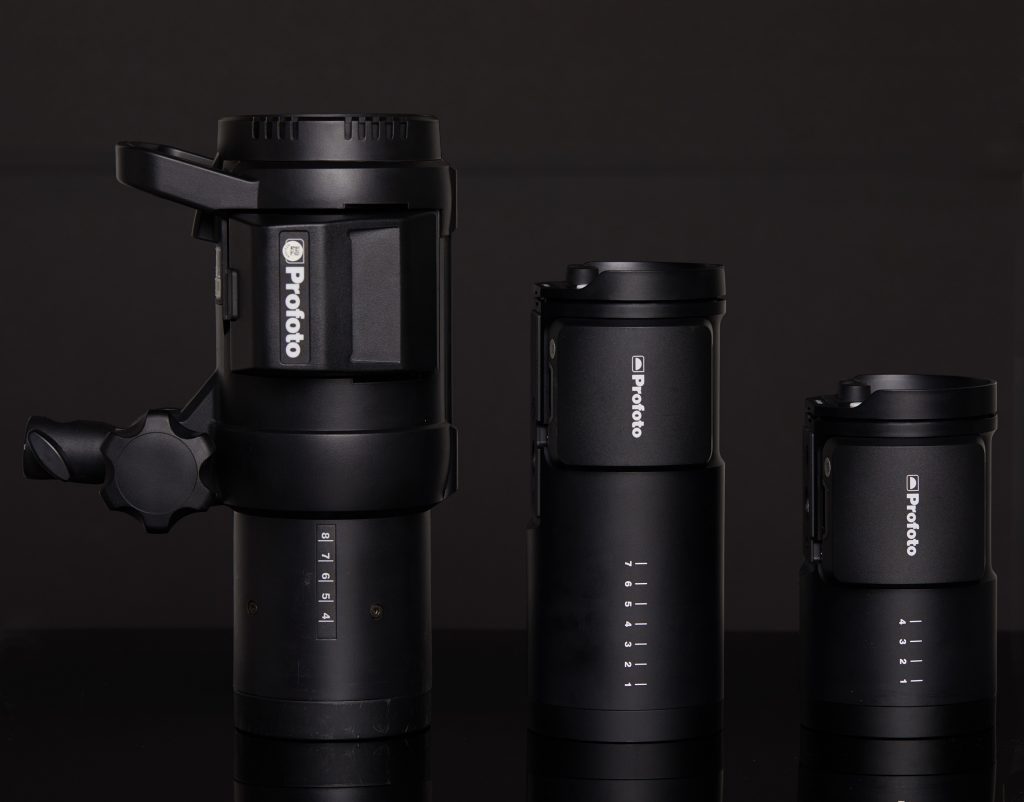 Before we get into the testing of these units, let’s do a quick overview of each unit, and discuss each of their advantages and disadvantages. 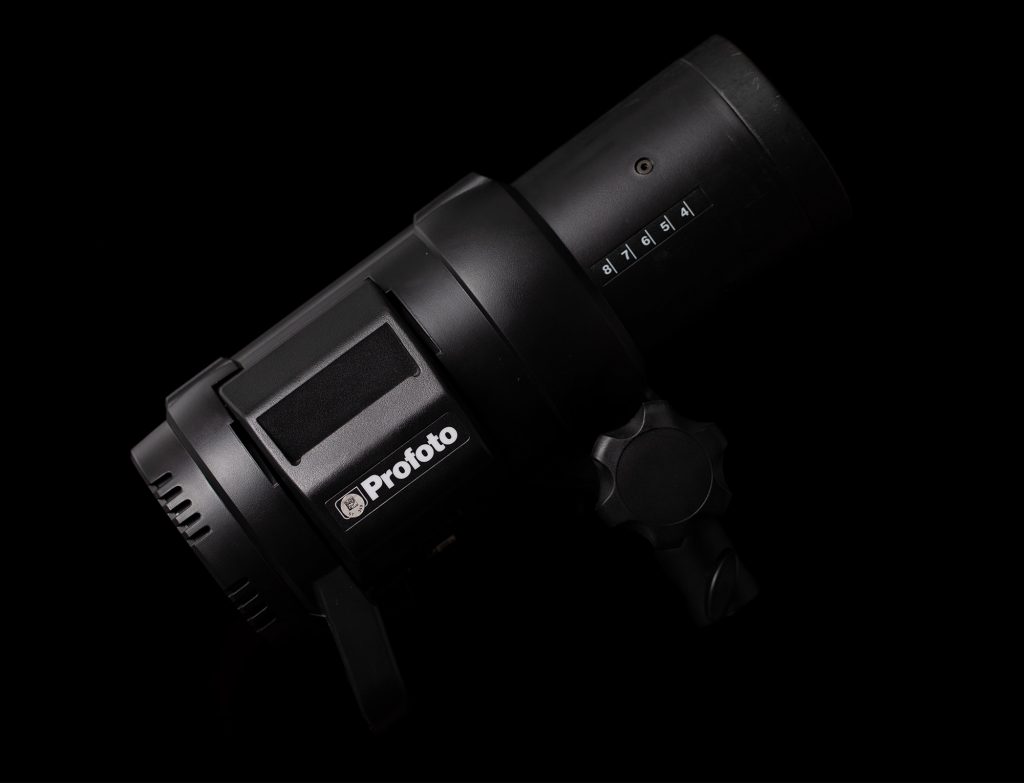 Advantages of the Profoto B1X compared to Profoto B10/B10+ 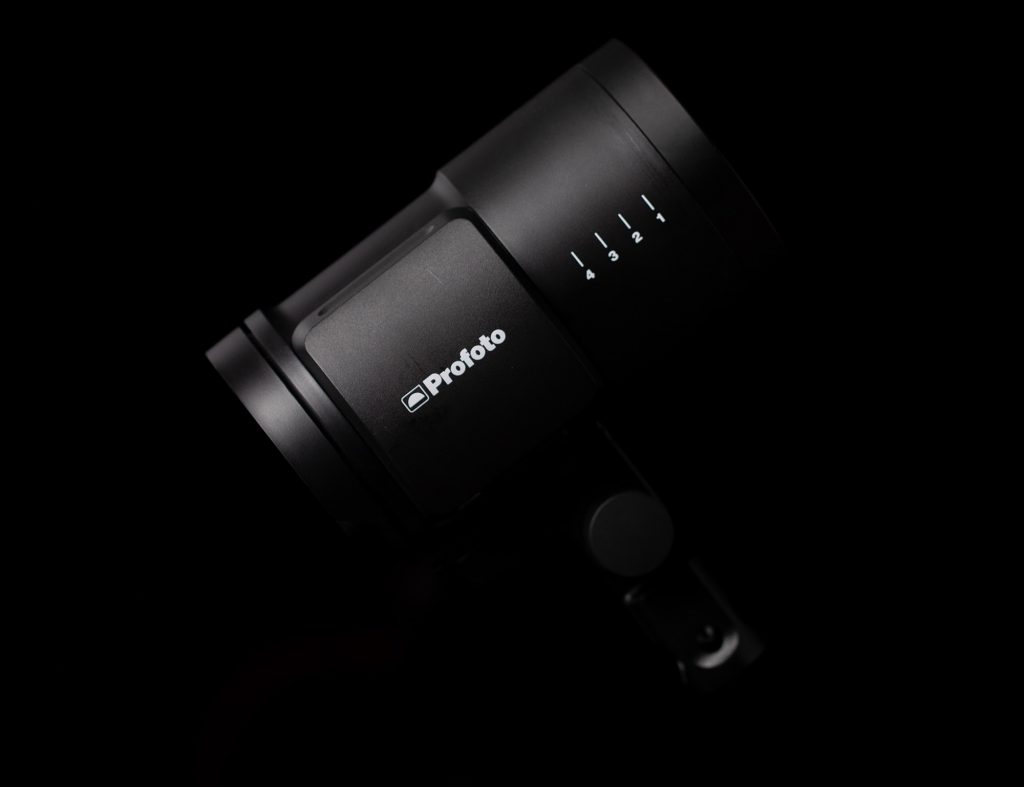 The Profoto B10 announced September of 2018 was the next big studio strobe from Profoto, offering the same battery-operated design as the Profoto B1X, but in a much smaller package. Additionally, the Profoto B10 brought a bi-color modeling light and Bluetooth connectivity that pairs it seamlessly with iOS devices, allowing you to control the power settings using your phone or iPad. At only 250Ws in power, the Profoto B10 also offered up way more firing power, giving you 400 full powered shots on the battery, and with the ability to use it in battery-operated mode, and plugged into a wall.

Advantages of the Profoto B10 compared to Profoto B1X/B10+

Disadvantages of the Profoto B10 compared to Profoto B1X/B10+ 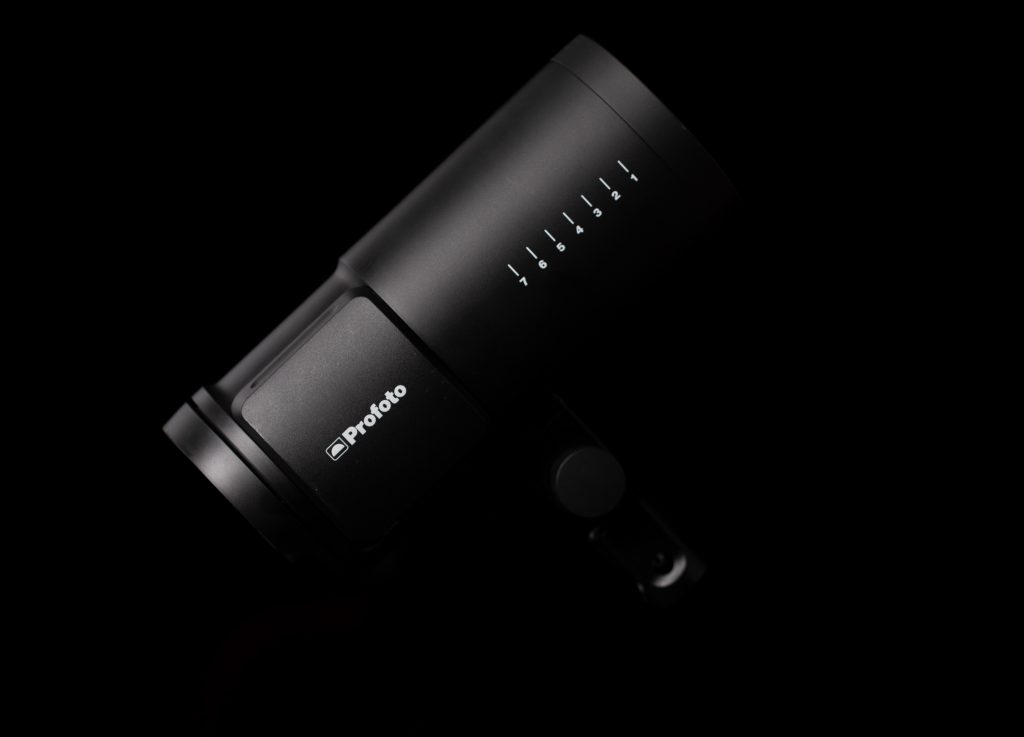 Advantages of the Profoto B10+ compared to Profoto B1X/B10

Disadvantages of the Profoto B10+ compared to Profoto B1X/B10

For testing the output of the flash, I chose to use the Sekonic C-700U, as not only is it an incredibly accurate light meter, but it also will test color shifts that sometimes occur when adjusting the power of a flash tube. The Sekonic C-700U gives you an abundance of data which I’ll be showing here, but it also gives you pretty detailed readouts, which I’ll be providing at the end of this article for your own viewing and deduction.

All testing done here was shot with the light aimed directly at the light meter and 6ft from the meter. Why did I choose 6 feet? Because it felt the most practical. With my personal experience in the studio, I’ll sometimes use a large bounce umbrella, and sometimes I’ll use a 5ft octobox. So keeping the light 6ft from the subject (or for this test, lightmeter) felt like a good distance to do real-life testing. That said, with the inverse square law, that may reflect the output of the light if you’re comparing it to tests from other sites and with the light 1ft from the subject. To read more about how distance affects the output of light, feel free to read my previous article on lighting principles.

Additionally, I opted to use Sekonic’s Lux reading for illuminance. It’s a more practical number than can be used for comparison of output between lights, but I had the meter record all of the data in my testing, so if there is a different number you want to look out, download the data at the end of the article and look it up there.

As mentioned above, I’m going to present you with the raw readings and data directly from the Sekonic 700U at the bottom of this article, for those who want to split hairs even further.

Of the four major tests that I did with these lights, white balance was actually the one test I cared less about. While I shoot all of my work in full manual mode, the first thing I usually change in the editing process is my white balance. My reason for this is that I can change my white balance, without degradation to the image quality. That said, I understand the importance of accurate white balance – particularly when mixing lights, but believe the shift in white balance is fine, when in small amounts. For me, the important aspect is consistency from shot to shot on the same power level, and not the subtle changes that happen through frequent power adjustments. Either way, below is the white balance information for each of the tested lights, on the power adjustments from full power (10) down to the lowest measurable power (3).

As the table shows, all of the lights are fairly consistent in white balance readout across their power range. Of the three, the Profoto B1X and Profoto B10 were the least consistent, both showing about a 600K shift through its power range. Profoto B10+ was most consistent, showing only a 300K shift through the entire measurable power range. While the shift is pretty minimal overall, there is a lot to account for here, and where I would likely lean on the variance more than anywhere else. Of these three lights, the Profoto B1X is the oldest, and the Profoto B10+ is the most recent. One could assume by just the age of these units, the number of times the flash tube has fired would come into play. That said, I’m just speculating, and you can jump to any conclusion you need in the comments.

Included in all three of these flash units, is an LED modeling light. The difference, however, is that both the Profoto B10 and Profoto B10+ offer a bicolor modeling light, allowing you to adjust them from a cooler tone to a warmer tone. For me personally, I only ever use modeling lights to add a little light to your subject to help with focusing in darker environments, but this news might be exciting for those who are looking to use their strobes for light video work as well. Either way, I decided it was worth testing more extensively. So I killed all the ambient light coming into my studio, and after tripping over a C-stand or two, was able to turn on each modeling light and test the color output and power levels of each. 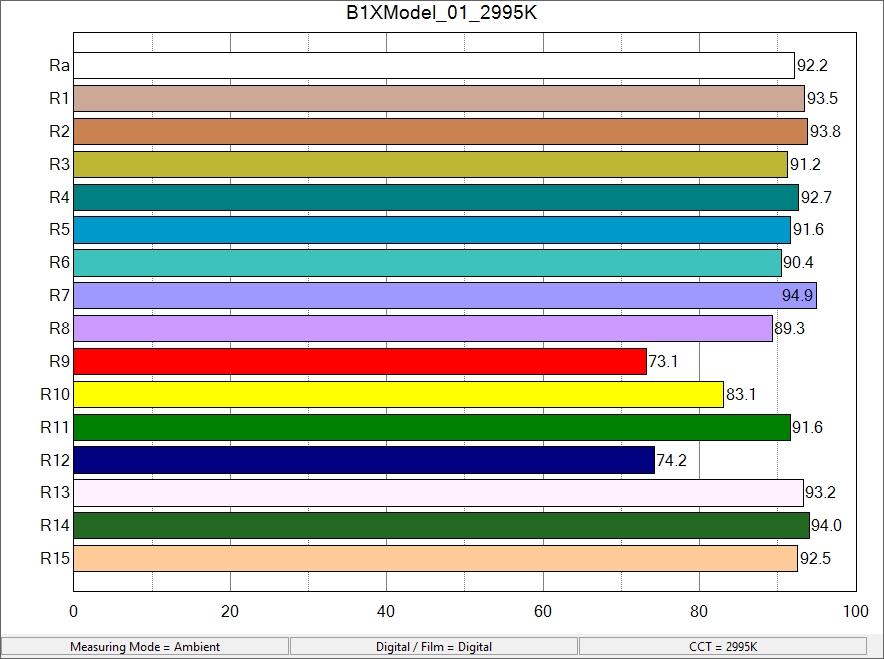 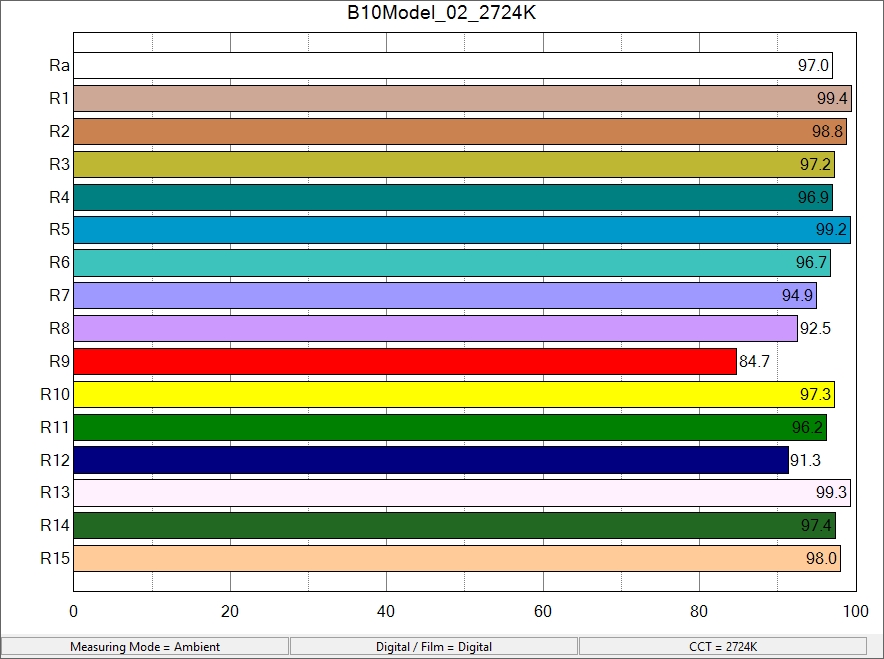 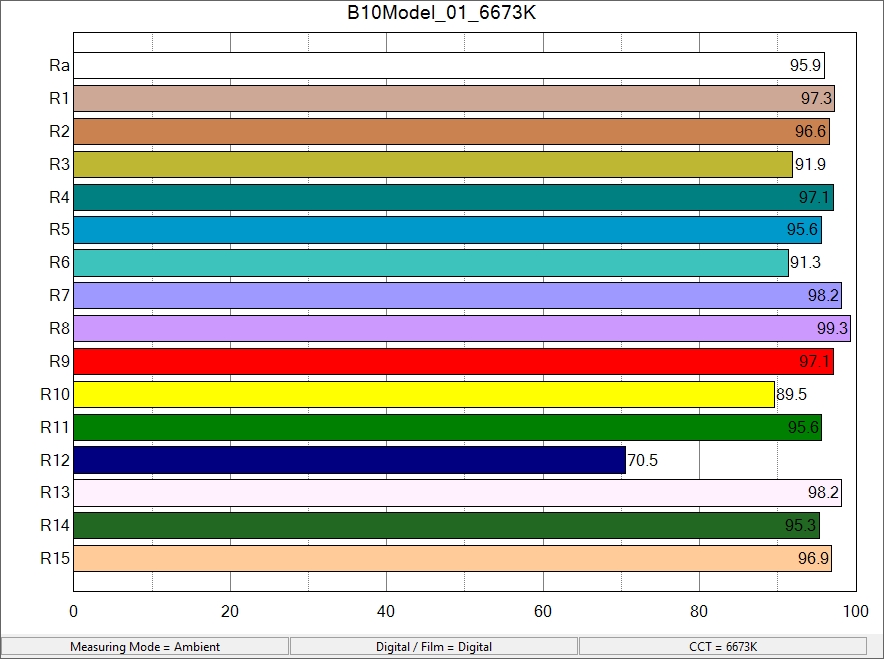 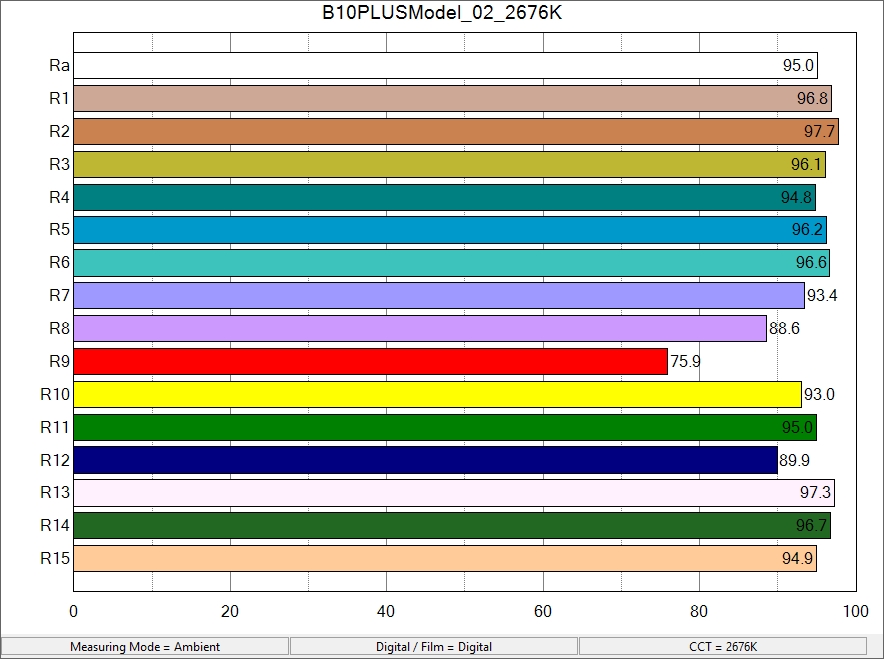 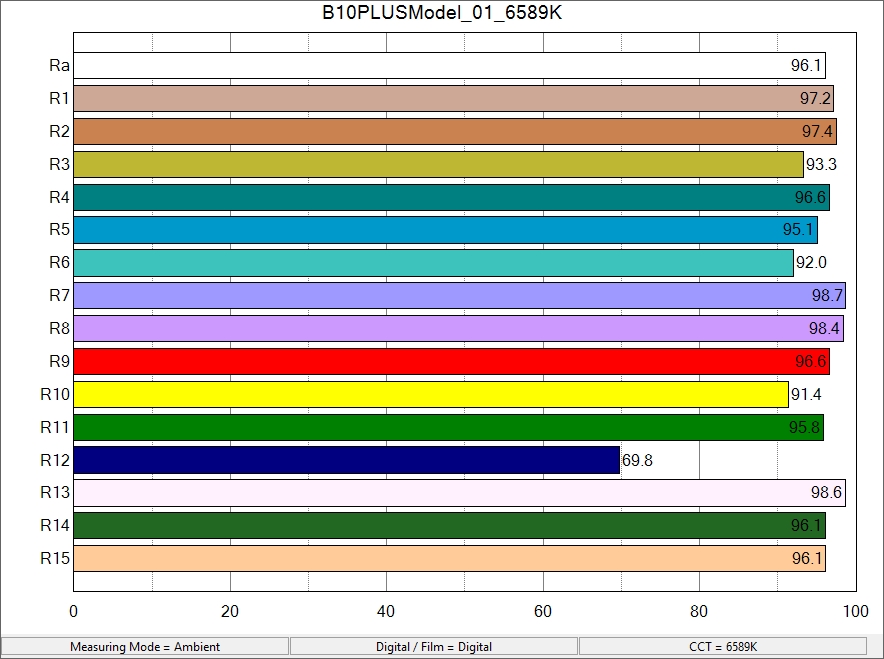 The final test of these three units was most certainly the most tedious – the battery test. This test, however, was the most simple, and probably the most annoying to the neighbors at my studio. This test involved charging the battery to it’s a full rated amount, then set the light to a power level of 10/10, and firing off the light, counting each full-powered shot as they happened. Once done, I charged the batteries again, and did it all over, to help limit any discrepancies. Because the Profoto B10 and Profoto B10+ share the same battery, I used the same battery for all of the testings on that unit and used the Profoto B1X battery that came with my rental.

Finally, there are a few other things to note. For one, both the Profoto B10 and Profoto B10+ unit got extremely hot during these tests, while the Profoto B1X gave me a heat warning, and didn’t let me fire the light until it cooled down. While I don’t expect anyone to normally shoot these lights at the speed I was shooting them, it is something to note. Despite the warning given by the Profoto B1X, I got the impression that it was a better design for heat dissipation, as both the Profoto B10 and Profoto B10+ were probably at “melting a colored gel to the front of them if given the opportunity” levels of heat. Additionally, all three units saw a slowdown of its recycle time as they heated up and the battery lowered in power. This was most dramatic with the Profoto B10+ – clocking in at ~9.8 seconds between fires at its lowest battery setting. I wasn’t able to measure this change through the entirety of the power cycle but did pull some rough numbers from my phone’s stopwatch to use as a reference for those who care.

So is there a sure-fire light better than the rest? Well, it’s never quite that simple. Each light has its own list of pro and cons, and which light is best for you is entirely dependent on what you need it for. If I was to interject my personal opinion, my preferred light is the Profoto B1X, as it has the fastest recycle time. That said, I spent most of my time in my personal studio, and thus don’t take advantage of many of the small size perks of the Profoto B10 and Profoto B10+. If you’re traveling, or need the added power of the Profoto B10+, your preference might be different. And then, of course, there is the cost to power ratio of the Profoto B10 that makes it a pretty great bargain. As promised throughout the article, you can download all of my testing and notes by clicking here. Feel free to chime in in the comments with your thoughts, and let me know if you would like similar tests with the other lights available within our inventory.