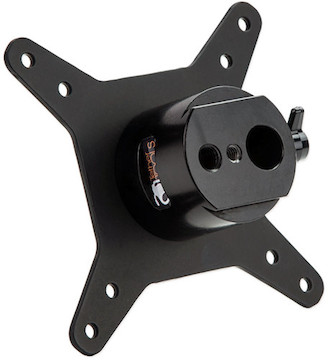 While we no longer rent this product, we do carry the Epson PowerLite L615U.

Super-Bright 5500 Lumen Output. The Epson PowerLite 2265U’s 3LCD, 3-chip design allows for much brighter output than most DLP designs while maintaining a high level of color accuracy and image detail. The 5500 lumen output and 15,000:1 contrast ratio of the 2265U is enough to combat standard conference room and classroom lighting as well as project a very large image in dimmer situations.

Zoom, Throw Ratio, & Keystone Correction. This projector has lots of options for placement in your desired venue thanks to its 1.6:1 zoom ratio, 1.38 to 2.28:1 throw ratio, and built-in keystone correction. This particular model takes an extra step to make adjusting these settings even easier with the “Screen Fit” feature.

Input Connectivity. Wireless options include Wi-Fi featuring Miracast compatibility to stream and mirror screens from many compatible Android and Windows devices. Wired connections include an ethernet port for local area network connections and HDBaseT video streaming over a Cat5 or higher cable. The projector also has two HDMI inputs with one featuring MHL support for wireless device mirroring.