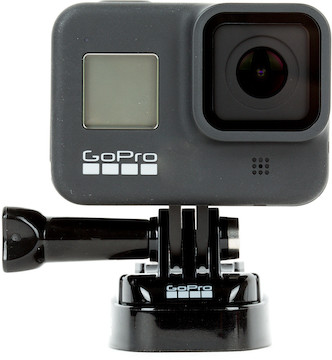 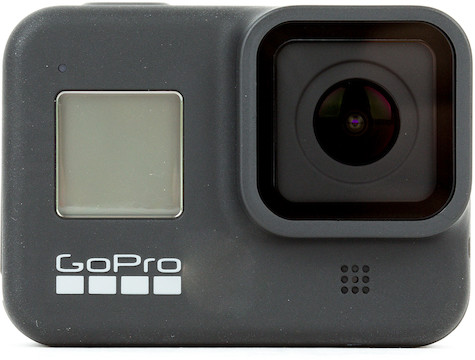 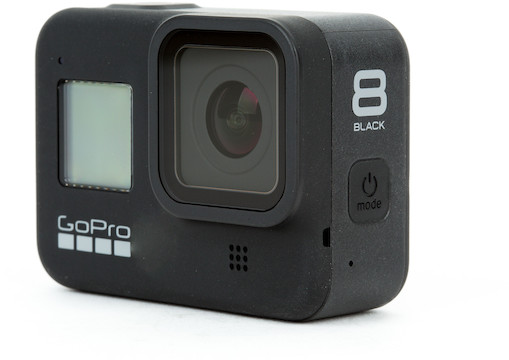 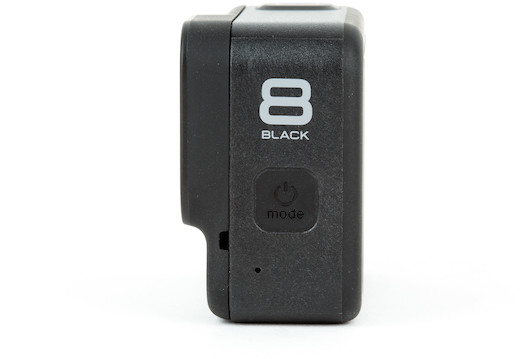 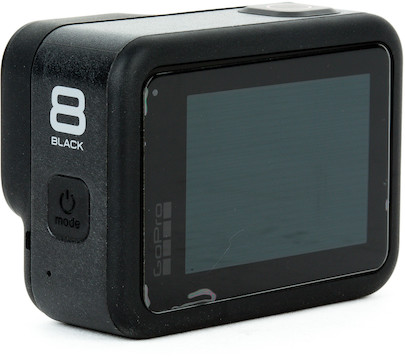 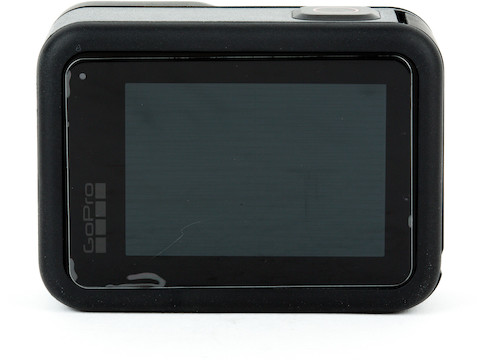 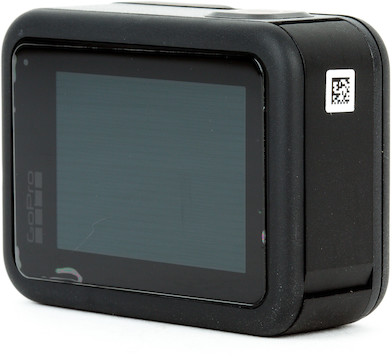 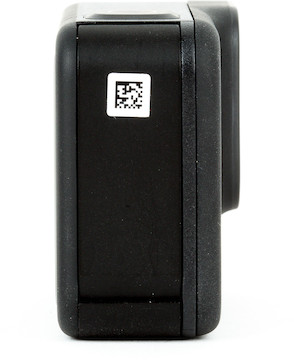 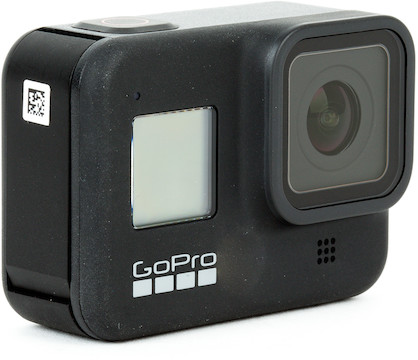 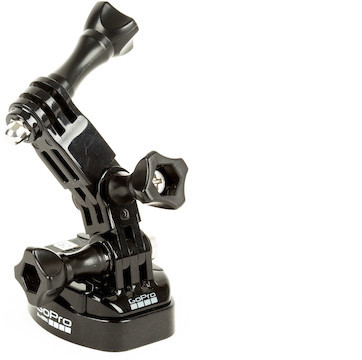 GoPro’s HERO8 Black is a compact and rugged action camera that captures wide-angle 4K/60p video to a single microSD card slot. The successor, the HERO9 is now available for rental. These are the features we’re most excited about:

What’s Changed? We’re most pumped to try out GoPro’s HyperSmooth 2.0 Video Stabilization, which GoPro says is an improvement over the iteration seen in the HERO7. The HERO8 evidently has “gimbal-like” stabilization without the gimbal at all supported frame rates—including time-lapse—and it’s far smoother than HERO7 footage straight out of camera. It likely won’t fully replace a gimbal, but it’s much simpler and will be ideal for most shooters. On top of that, there’s a more compact, streamlined body design that facilitates faster mount and battery swapping; Night-Lapse and LiveBurst support; improved slow-motion shooting; voice control; four lens field-of-view modes; and a lens that’s twice as impact-resistant as the HERO7’s. Unlike the HERO7, the HERO8 does not have an HDMI port.

Video and Streaming. Vertical video is still supported so you can immediately upload your fresh new hairdo from your GoPro, to your phone, and then to your live-story of choice without further editing. Night-Lapse lets you process up to 4K time-lapses at night. The HERO 8 supports live streaming directly to sites using RTMP like Facebook, YouTube, Twitch, and Vimeo. You can find more info here. Fans of hyperlapse will appreciate the built-in TimeWarp mode, and on the photo side, SuperPhoto promises to get the most out of your shots by using noise reduction and automatic HDR.

Frame Rates and Housing. Processing power looks to be similar to the HERO7; there’s been no increase in maximum frame rate from its 4K @ 60 fps, 2.7K @ 120 fps, and Full HD @ 240 fps. Still plenty fast to give you creamy slo-mo footage, and the HERO8 is still waterproof down to 33 feet without an external housing. The HERO8’s physical design has been streamlined, with a “folding fingers” base for quick mounting, a redesigned battery door for quicker changeover, and a more impact-resistant lens.

Photo Capabilities. Photo modes are pretty similar to those of the HERO7. Resolution is still 12MP at up to 30 fps bursts, and frankly, we wouldn’t want more resolution from such a small sensor. LiveBurst records 1.5 seconds before and after you shoot your still so you can choose the best frame to use as your photo or just share the entire short video.

Remote Control and Power. We highly recommend using the HERO8 with GoPro’s smartphone apps. The camera is much easier to control using the app and it even gives you the ability to share to social media straight from the app. On top of that, the HERO8 responds to fifteen different voice commands in over ten languages and accents, letting you control the camera by yelling at it. I mean, you don’t have to yell, but why wouldn’t you? The HERO8 uses the high-capacity AJBAT-001 battery and is compatible with microSD/HC/XC memory cards. It’s also compatible with the same rechargeable battery as the HERO7, albeit with diminished stabilization and frame rates.

Mounting kit is not included.


The GoPro Hero 8 was hailed as the gimbal killer though I wouldn’t quite go that far. While the stabilization is much improved over the Hero 7, it still is no replacement for a gimbal in my opinion...

The GoPro Hero 8 was hailed as the gimbal killer though I wouldn’t quite go that far. While the stabilization is much improved over the Hero 7, it still is no replacement for a gimbal in my opinion. When I’m going handheld and need smooth, more natural looking movement, I still use my Hero 7 with the Karma Grip. If you are looking to mount a GoPro to a bike or anything that would not allow for the use of the Karma Grip, I would definitely go with the Hero 8. Due to the changed form factor, the Hero 8 is not compatible with the Karma Grip at this time but is compatible with all other attachments that utilize the standard GoPro action camera mount.