The AlienBees DB800 is the latest in the line of AlienBees strobes from Paul C. Buff and an update to the very popular AlienBees B800. Key features include:

Best of Both Worlds. The DB800 takes the digital LCD and control layout from the Einstein E640, and the B800’s cost-friendly basic performance, and puts them in a housing that’s noticeably smaller than either.

Output. Like its predecessor, the DB00 offers 320 Ws maximum flash output, yet improves on performance with a seven f-stop range (full to 1/64 power) that’s adjustable in 1/10 f-stop increments. Full power recycle time has been reduced to one second.

Video Friendly. That’s not a typo. The DB800 uses an LED modeling light that outputs 400-watt equivalent daylight-balanced light (5600ºK) at 90 CRI. There’s even the option to disable flash function just in case you accidentally hit the test button.

Triggering. There’s a 1/8-inch sync input with included 15-foot PC-sync cable for hard-wired triggering, optical secondary flash eye for wireless triggering from another strobe, and eight-pin port input for use with the CyberSync system.

Build. Don’t let its small footprint fool you; the DigiBee is a well-equipped workhorse with features like a high-impact polycarbonate housing, internal fan, and metal 5/8-inch stand mount.


I’ve got a fair amount of experience with the Paul C. Buff line and owned a bunch of B800s previously, but I was really excited when I saw this flash released. It’s got the same power as the belove...

I’ve got a fair amount of experience with the Paul C. Buff line and owned a bunch of B800s previously, but I was really excited when I saw this flash released. It’s got the same power as the beloved B800 in a considerably smaller package, more modern features and an easier to control system. Unless price is the only thing holding you back, the DB800 is the way to go. 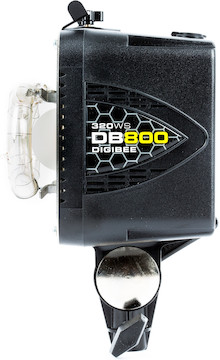 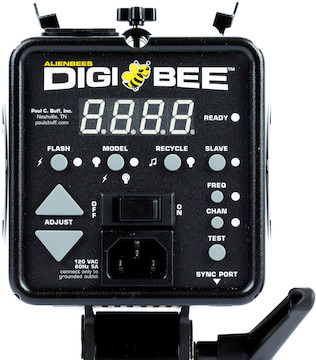 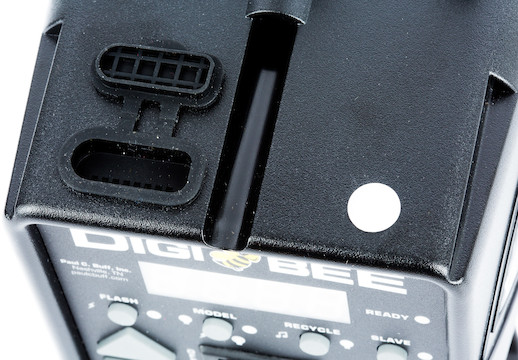 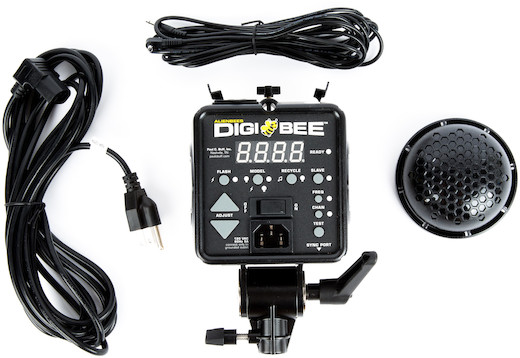 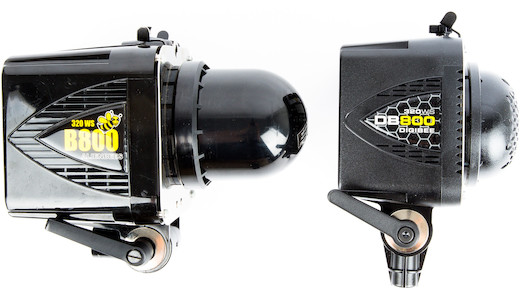