The Arri AMIRA Premium is a versatile documentary-style camera that combines exceptional image quality with an ergonomic design optimized for single-operator use and extended shoulder-mounted operation. Key features include:

Single-Operator Design. Originally envisioned for documentarians, the AMIRA is optimized for small crews and single users. The camera features an intuitive button and menu layouts and offers built-in ND filtration at two-, four-, and seven-stop increments.

ARRI LUTs & Wi-Fi Control. The included Look Library is a number of pre-programmed Rec 709 and Log C color outputs and the camera has the ability for user-uploaded looks to be added via USB. With the camera’s ad-hoc Wi-Fi network, you can remotely control the full AMIRA menu system from a mobile device or computer.

AMIRA Kits. We also rent this camera in an ARRI AMIRA Premium kit that includes a battery and shoulder support system. 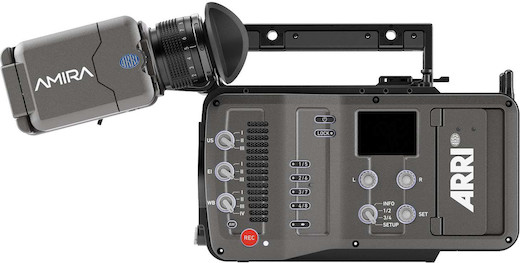