Daylight-Viewable, AtomHDR Display. The Atomos Sumo’s display features a wide 10-stop dynamic range and a 10-bit signal processor, making it capable of mapping log footage, PQ, and HLG video feeds from popular cameras, game consoles, and TV manufacturers into vibrant HDR in real time. The monitor’s full 1200 cd/m² brightness means you can use the Sumo in the brightest of outdoor environments without requiring a hood. However, if the need arises we include one with the rental. 1200 nits not enough? We also include a sun hood!

Four Source Switching / Recording. The Sumo19 is capable of processing up to four full HD inputs up to 60p over SDI with built-in multiview for simple, touchscreen switching. The ISO recording feature allows you to capture up to four individual camera signals with matched resolutions and frame rates simultaneously in addition to your program out for a live edit. Genlock, LTC timecode support, and an intuitive file structure makes your post production workflow as easy as the camera auto sync!

Built for Cinema Standards. The Atomos Sumo offers full-size HDMI 2.0 that supports up to DCI 4K and UHD input and output as well as HDR automation, which includes the importing of camera settings. The 3G/6G/12G SDI inputs allow you to capture single, dual, and quad SDI RAW data from the Sony FS5, FS7, or FS700; the Canon C300 Mark II or C500; or the Panasonic VariCam LT over 12-bit DCI 4K in Cinema DNG, 10-bit Apple ProRes, or 10-bit Avid DNxHR formats. The Sumo’s high processing power lets it maintain the camera’s quality, with data rates up to 3.2 Gbps

Built-In XLR Audio. The Sumo’s built-in full-size XLR connections can power external mics, giving you balanced analog audio, dedicated meters, and frame-delay and gain adjustments. Phantom-powered mics and line-level audio are seamlessly synchronized, which means you don’t have to worry about matching in post. You can use the 3.5mm stereo headphone jack and built-in speakers for easy review.

V-Mount. This version of the Atomos Sumo includes (2) V-Mount battery plates. To help keep cost down and give you the most flexibility, we do not include any V-Mount batteries or chargers with the rental. However, we do have a variety to choose from that are available to rent separately.

Constant Power. You get two 4-pin XLR inputs for power, so that the Sumo can automatically switch power sources if one stops providing power. The Sumo also supports hot-swappable battery power via the included battery plates (batteries/charger not included).

Versatile Use. The Sumo is essentially a jack-of-all trades, whether that’s out in the field on a DIT cart, setup as a 1st AC monitor / Director’s monitor, or in the studio for the editing workflow. Whatever your needs, there’s a good chance it will excel. We include the standard desktop feet for tabletop use, as well as a Matthews VESA Monitor Mount for use on a C-stand (not included). 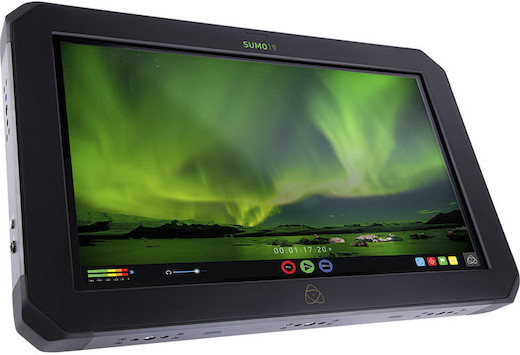 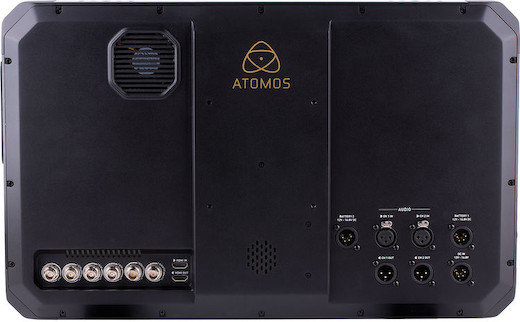 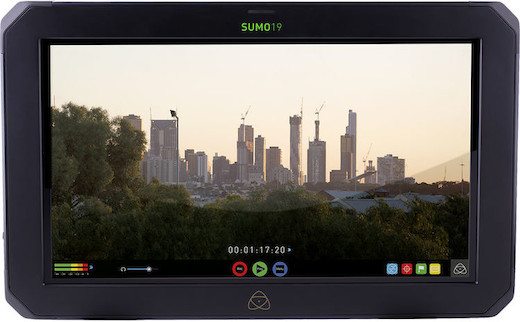 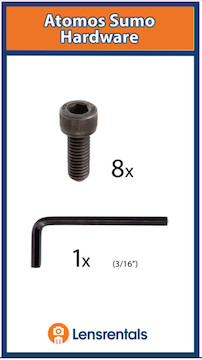