If It Ain’t Broke, Don’t Fix It. Despite being an update to the Pocket Cinema Camera 6K, the Blackmagic Pocket Cinema Camera 6K G2 is best compared to the 6K Pro. It has a Super35 sensor with 13 stops of dynamic range, captures resolutions up to 6144 × 3456 at 60 fps, features a a dual native 400/3200 ISO up to 25,600, a 5-inch touchscreen LCD, Gen 5 color science, and is powered by Sony L-series batteries. Sound familiar? Those are the exact same specs as the 6K Pro.

But Make It More Accessible. So what’s different between the 6K Pro and the 6K G2, and why is this camera an update to the original 6K? The G2 actually sheds a few less-significant features in favor of a reduced price tag. Most notably, those lost features are the internal nD filters and the maximum brightness of the LCD. By cutting out a few of the “Pro” features, Blackmagic is able to produce a cheaper camera without making the user feel like they’re missing out.

How Pro Can You Go? The 6K G2 retains most of the “Pro” features the more expensive 6K Pro had, namely the Super35 sensor. This camera is capable of capturing 6K footage at 60fps, and even FHD 120fps footage. The G2 also carries over Gen 5 color processing and the Canon EF lens mount, supporting Canon EF lenses and electronic communication for iris, autofocus, and zoom with compatible lenses. Record using the internal CFast 2.0 and SD/UHS-II card slots or via the full-size HDMI port to an optional ATEM Mini switcher for live streaming, or output via the USB Type-C port to capture longer clips to an external drive.

Same Familiar Shape. Just like the 6K Pro, the 6K uses Sony L-series batteries and is compatible with the Blackmagic Pocket Cinema Camera 6K Pro Battery Grip. Since the bodies are nearly identical, all the accessories that worked with the 6K Pro are compatible with the G2, and it even has the two mini XLR inputs with +48V phantom power. 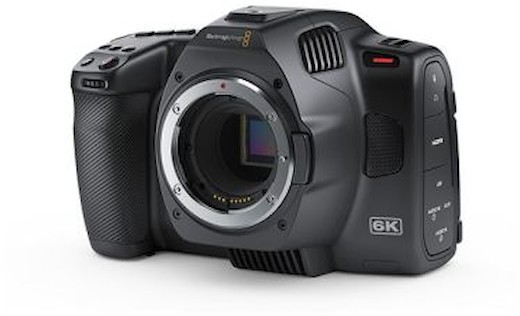 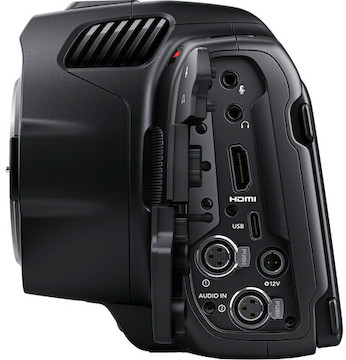 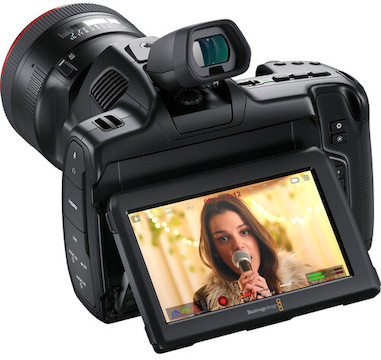