What’s New. Take the previous generation 430EX II and its big brother, the 600EX-RT, put them in a blender, and out comes the 430EX III-RT. It gains the 600EX-RT’s radio transmission (more on that below) while improving on the 430EX II’s size, weight, and recycle speed.

Built-in 2.4-GHz Radio Receiver. The built-in 2.4-GHz receiver enables the 430EX III-RT to be controlled wirelessly via a 600EX II-RT, 600EX-RT, or ST-E3-RT from distances up to 98.43 ft., although the 430EX III-RT can’t control other Speedlites as a master unit. There’s also an optical pulse-triggering method when working with older-generation flashes.

Output and Operation. The output is essentially the same as its predecessor. You still have a 24-105mm (full-frame equivalent) zoom range, 14mm wide panel, and flash output of GN: 141 ft./43m at ISO 100; however, there’s a 0.1- to 2.5-second improvement in recycle time when using rechargeable batteries (based on power level).

Functionality. While the 90º tilt angle remains the same, the overall head-rotational angle has been improved to 330º. The larger LCD, easier-to-navigate menu system, and rotary dial for menu navigation and flash-compensation adjustment offer a vastly improved experience. The 430EX III-RT is powered by four AA batteries (not included). 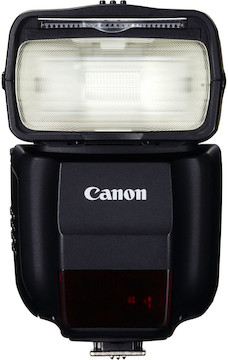 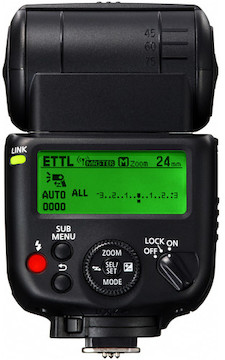 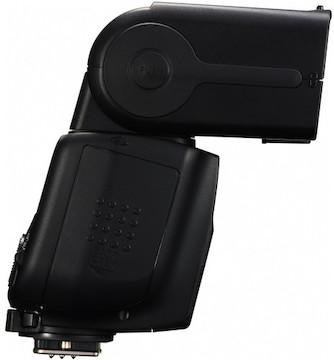