The Fuji X-E3 is a compact, versatile, rangefinder-style X-mount camera aimed at enthusiasts, and an update to the X-E2S. Key features include:

24.3MP APS-C X-Trans CMOS III Sensor. The Fuji X-E3’s X-Trans III sensor produces extremely sharp and clear images throughout its normal ISO range of 200-12800, thanks to the omission of a low-pass filter.

Intelligent 91-Point Hybrid Autofocus System. The X-E3’s hybrid autofocus system uses contrast- and phase-detection methods for fast, accurate performance in a wide range of lighting conditions. Its 91 total points can be divided into 325 total areas for pinpoint focusing, even when capturing a fast-moving subject.

UHD 4K and Full HD Video. This camera captures 4K UHD video at up to 30p in addition to capturing in Full HD at up to 60 fps. This camera can output footage to an external recorder or monitor via HDMI, and you can use one of Fuji’s many built-in film-simulation modes to give your footage a distinct look.

Two Viewing Options. The X-E3 features the same 2.36m-dot electronic viewfinder and large 3.0-inch 1.04m-dot rear touchscreen LCD as the X-T20, both of which make for easy image review.

Retro Design. The retro-styled camera body features a sturdy and lightweight magnesium-alloy build. There are analog shutter-speed and exposure-compensation dials, a dedicated focus lever, and physical buttons for many other controls and functions. This all makes for fewer menu-diving expeditions.

Additional Features. You get built-in Wi-Fi and Bluetooth connectivity for file sharing and remote camera control, an Advanced SR Auto Mode that automatically selects the best settings for a given scene, and a range of filters and film-simulation modes. The X-E3 is powered via the included NP-W126S battery, offering roughly 350 shots per charge. Images and video are recorded to SDHC / XC memory cards (not included).


Experience: Weekend rental. Take: The X-E3 is small enough to pass as a compact camera even with an interchangeable-lens body. It has high-quality photo and video (24MP and 4K) and even has Blueto...

Take: The X-E3 is small enough to pass as a compact camera even with an interchangeable-lens body. It has high-quality photo and video (24MP and 4K) and even has Bluetooth ability. The small body does come with some drawbacks—it has a fixed screen and the EVF is small. The screen has touch features, but I found it lagging when trying to select AF points. However, there is a joystick that can be used for that purpose, as well. This is all nitpicking, of course—you’re not going to get much more at this price, and Fuji’s X-Trans sensor is a dream as always. 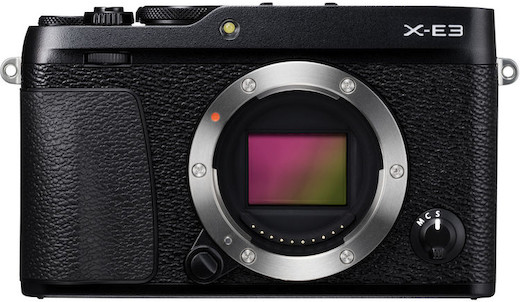 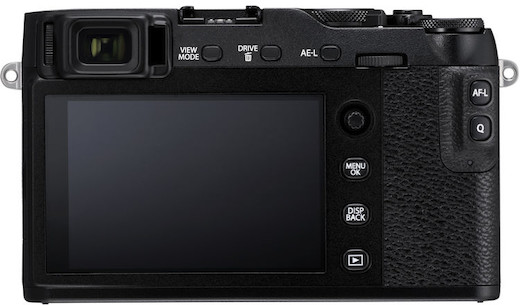