While we no longer rent this product, we do carry the Fuji X100F. Additionally, you may find alternatives on the left-hand side of this page (see Recommended section).

The Fuji X100s is the update to the very popular Fuji X100. Key features include:

Improved Autofocus Performance. While the X100 suffered from lagging autofocus, the X100s has Fuji’s Intelligent Hybrid Autofocus system that uses both contrast- and phase-detection methods for much faster performance.

Improved Resolution, EVF, and ISO. The X100s still uses a 460k-dot, high-resolution LCD like the X100, but has a much improved 2,360k-dot electronic viewfinder. The camera captures images in both RAW and JPG formats, but it offers even better native ISO performance than its predecessor, with an ISO range between 200-6,400 (expandable to 100-25,600). The camera’s video features also see substantial improvement, with Full HD capture at up to 1,920 × 1080 at 60 fps with a 36 Mbps bit-rate.

Improved Optical Design. The improved 23mm f/2 lens has a six group/eight element design with one double-sided aspherical element to reduce aberrations and improve sharpness, while its Super EBC coatings reduce lens flare and ghosting. It still has the X100’s nine-blade aperture diaphragm and its built-in three-stop neutral-density filter.

Improved Controls. The control layout on the back of the camera is also improved, with a few buttons gaining new functions for improved ergonomics while shooting.


With the X100s, Fuji took just about all the frustrating flaws and corrected them. Personally, it’s just about perfect to me. Autofocus is great now, image quality is even better, and the control...

With the X100s, Fuji took just about all the frustrating flaws and corrected them. Personally, it’s just about perfect to me. Autofocus is great now, image quality is even better, and the control layout is more ergonomically-friendly. If it’s in stock, it won’t be for long. 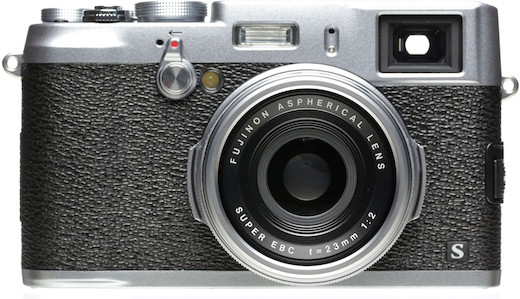 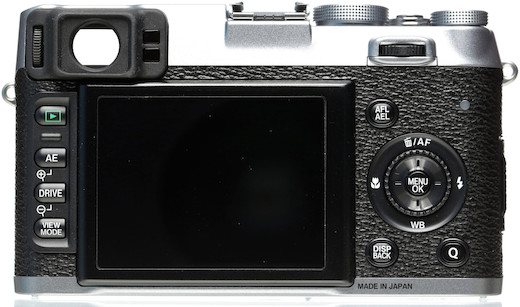