USB 3.0, Too. One of your computers doesn’t have a Thunderbolt 2 input? You’re in luck! The CR2 also features a USB 3.0 connection that’ll give you up to 500 MB/s transfer speeds when used with a USB 3.0 supported computer. Additionally, it’s backwards-compatible with USB 2.0, albeit at a much slower transfer speed.

Plug and Play. This reader works with both Macs and PCs, and doesn’t require any software. 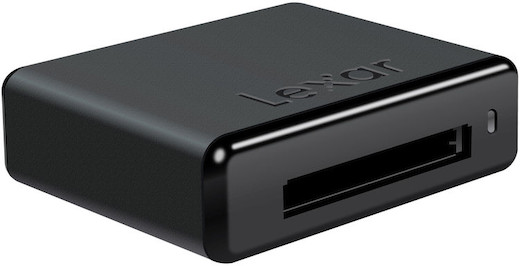