Full-Frame Support. The Metabones Canon EF-S Lens to Sony E Mount T Smart Adapter V allows you to mount Canon EF-mount lenses to Sony E-mount cameras and camcorders. It supports all full-frame Sony bodies, including but not limited to the PXW-FS7M2, a7R III, a7 III, and a9.

New to the T Smart Adapter Mark V. These are all starting to feel redundant. This version adds support for the Sony PXW-FS7M2 camcorder, a programmable function button, a dedicated switch that controls select cameras’ in-body image stabilization, a protective rubber gasket to keep your camera’s mount free of dust and moisture, and a status LED to confirm the operation modes. The Mark V also carries over its predecessor’s matte black “flocking coating,” which reduces internal reflections. 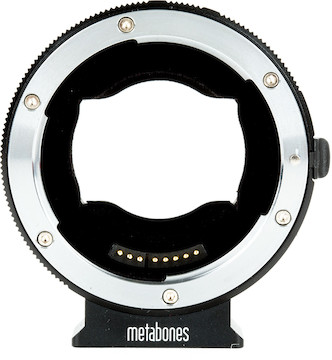 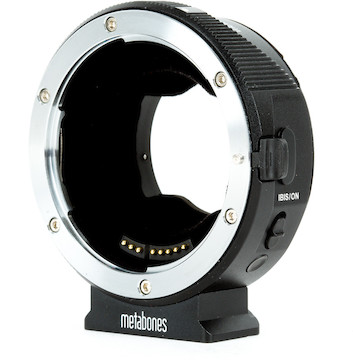 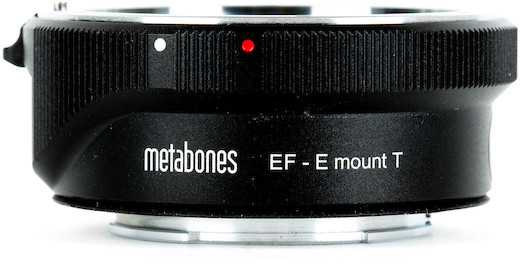